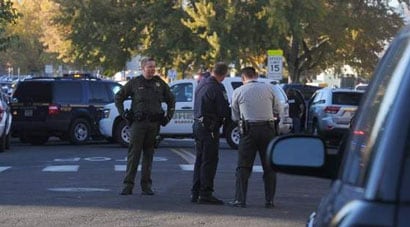 Police gather at Sparks Middle School just outside of Reno this morning after a student opened fired, injuring two and killing a teacher before turning the gun on himself. (Photo credit: Reno Gazette-Journal)

Two people are dead and two more remain in the hospital after a teen student opened fire at Sparks Middle School, just outside of Reno, this morning.

Among the victims are a male math teacher who was shot and killed and two male students who are in the hospital, but recovering. The teen shooter also died when he turned the gun on himself, the Reno Gazette-Journal reports.

It was just after 7 a.m. as students were still getting off of the school busses when the shots rang out. Authorities stated that the shooting occurred on the school campus but outside of the actual buildings.

According to Kyle Nucum, a student who was at the school when the shooting occurred, he heard “a pop, like a loud pop, and everybody was screaming,” he recalled. “The teacher fell and everybody ran away,” he said. “We ran across the field to get somewhere safe, and while we were running we heard about four or five more gunshots.” Nucum also recollected that the student with the gun was wearing a Sparks Middle School T-shirt.

Apparently, according to witnesses, the teacher, who was later identified by his brother as Michael Landsberry, was trying to get the teen to put the gun down before he was shot and killed. After firing at Landsberry, the boy, who is believed to be about 14-years-old, then shot two other students before he fatally turned the gun on himself. 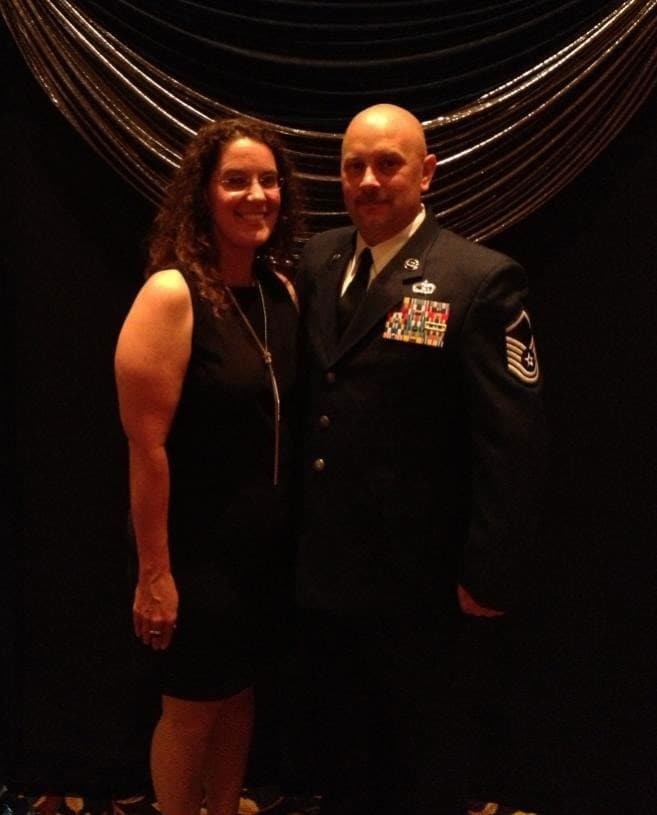 Police said that it was too early in the investigation to tell whether the teen targeted specific students or if they were random victims, but suggested that Landsberry, who is also a member of the Nevada Air National Guard, may have been shot while trying to protect other students. Tim Robinson, deputy chief of the Sparks police, said, “In my estimation, he is a hero.”

Following the report of gunshots, students were immediately evacuated to a nearby elementary school and later picked up by their parents at the high school.

Within two hours of the first gunshots, officials confirmed that the school had been cleared.

Nevada Gov. Brian Sandoval said that he was “deeply saddened” to hear about the shooting.

U.S. Sen. Dean Heller said in a statement earlier this morning, “Today’s events at Sparks Middle School are unsettling and concerning. Thank you to the first responders for quickly moving the staff and students to safety. My thoughts and prayers continue to be with the victims, students, families, teachers, and staff during this difficult time.”

The two student victims were taken to a local hospital. One underwent surgery and both have been upgraded from critical condition to fair and serious condition.

The names of the students or the shooter have not yet been released, but another news conference is scheduled for later this afternoon. Police say this was an isolated incident and although authorities still have no clear motive for the shooting, the investigation is ongoing.