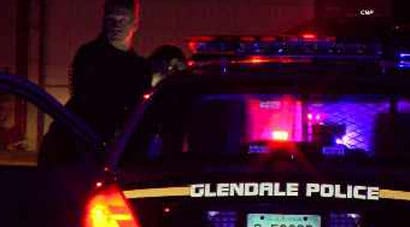 Although it is unknown if the man had a concealed carry permit, the state of Arizona allows anyone who qualifies to own a firearm to carry a gun concealed without a permit. (Photo credit: CBS 5)

A man with a handgun stopped an angry partygoer who opened fire at a party early Sunday morning in Glendale, Arizona.

According to local media, the aggressor, who has only been identified as a 27-year-old male, was kicked out of the party after he got into an argument with several guests. He returned a short time later armed with a rifle and started firing off rounds outside of the home.

But when he turned the rifle on the party guests, another man, who has also only been identified as a 39-year-old male, pulled out a handgun and shot him.

When the police arrived, they found the 27-year-old suffering from a gunshot wound and transported him to a local hospital where his injuries are said to be life-threatening.

Officers say that the 39-year-old has been very cooperative with the police and was released shortly after being questioned by investigators.

Glendale Police Department spokeswoman Officer Tracey Breeden explained that it was standard procedure for the man to remain in custody while being questioned. 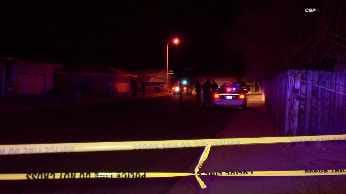 The man’s condition is not currently known, only that his injuries are life-threatening. (Photo credit: CBS 5)

“This is standard procedure under these type of circumstances,” Breeden told AZCentral.com. “Information and evidence detectives have gathered leads them to believe the 27-year-old was not only firing his rifle, endangering partygoers, but also pointed the weapon at other partygoers, endangering them, prior to the 39-year-old displaying a weapon and shooting the 27-year-old.”

The investigation is ongoing and it is not known at this time what the argument occurred over and whether there were any alcohol or drugs involved.