Elderly man finds 22-year-old in bed with his wife, hits him with a ‘warning shot’ (911 AUDIO) 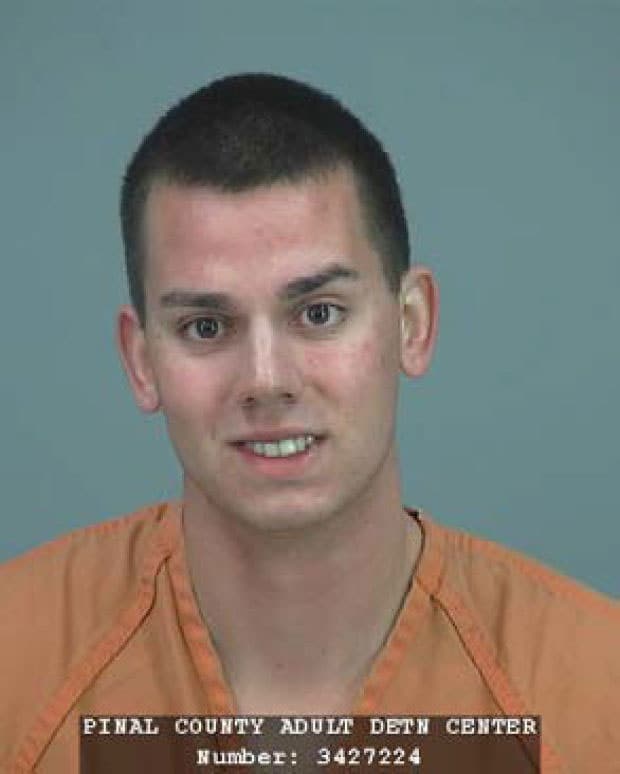 A 22-year-old Tucson man is facing charges after he apparently became aggressive towards a 68-year-old man who caught the young lad in bed with his 63-year-old wife, according to the Pinal County Sheriff’s Office.

Apparently the elderly man, who suffers from Parkinson’s disease, woke up around 1 o’clock  Saturday morning and realized that his wife was not in bed with him. So he grabbed his cane and his revolver loaded with .410 rounds and went to find her.

The man found his wife, neither of which have been identified by name, in the guest house next to their Saddlebrook home, but she wasn’t alone. Stephen Chapman was lying in bed next to the man’s wife, so the man poked him with his cane to wake him up. He told Chapman to get out of his house, but Chapman refused and apparently became aggressive towards the old man.

The man told police that as Chapman lunged at him, he fired a “warning shot” to let the guy know that he meant business. Only the warning shot hit Chapman in the hand after it ricocheted off the wall.

The man called the police to inform them of what was happening in his home and that he had just shot the guy. In the audio published by local media, the man could be heard arguing with his wife, who was attempting to leave with Chapman.

The man then later explained to the dispatcher that Chapman was recently released from prison and that his wife was trying to help him get back on his feet. “She does that for these people, these people who have mental problems,” he told the dispatcher.

“Has this happened before?” the dispatcher asked.

“Some version of it, yeah,” the man said.

But apparently a search of the Department of Corrections turned up no record of Chapman being in prison.

Nonetheless, deputies arrived before the young buck left with the seasoned woman, and Chapman was arrested and charged with disorderly conduct.

No charges are expected to be filed against the homeowner, as PCSO Sheriff Paul Babeu said he acted “well within his rights.”

“This was an unusual call for our deputies in an active senior community,” Babeu said. “Clearly, this young man should have heeded the warnings of the home owner to leave his residence and to stop sleeping with his wife. The young man is lucky that he only got poked with a cane and hit with a stray pellet from the shotgun.”