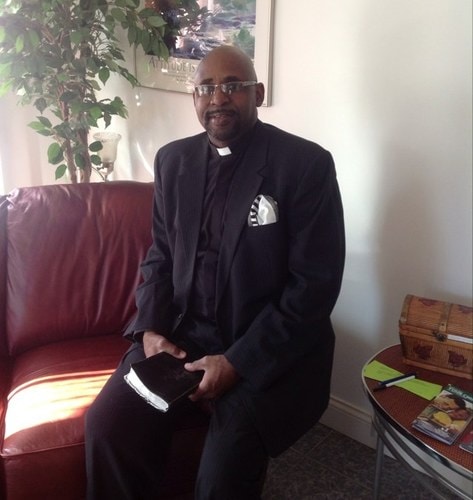 Pastor Carl Sanders, a law-abiding concealed carry permit holder from Evansville, Indiana, pulled out his firearm and put a stop to a robbery at a discount store this past Friday night.

Sanders was headed over to the local Dollar General looking to slake his thirst with a cool bottle of Gatorade. But when he entered the store, he encountered a bandanna-faced man holding a plastic spoon swaddled in a plastic bag — an attempt to fool the cashier, other employees and store patrons that he had a handgun.

The man, 25-year-old Jermaine Dewayne Marshall, had been shouting at the cashier, demanding that the employee hand over the money in the register.

“Marshall tells the individual again to open the register and points this object he’s trying to pass off as a firearm at the employee,” Capt. Andy Chandler of the Evansville Police Department told WFIE.

The cashier refused. Marshall then started punching him in the head.

Once Sanders entered the store, Marshall stopped hitting the cashier and pointed his faux gun at the pastor. 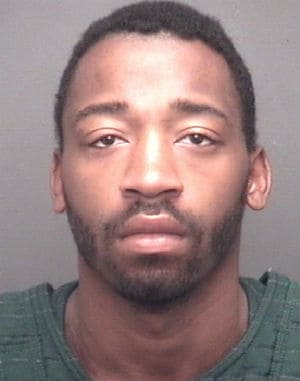 “I laid my life down for some people, knowing they were going to be okay,” Sanders said, noting that Marshall “didn’t deserve to be hurt, I wasn’t going to hurt him, but I wanted him to know you can’t do this.”

“I just told him this is out of love,” said Sanders.

Sanders held Marshall at gunpoint until the police arrived said Chandler. Police arrested Marshall and took him into custody.  He will face a multitude of charges.

Aside from the cashier, who received a few bumps on the head, no one was injured.

Many are calling Pastor Sanders a hero, but maybe he’s just following the word of the lord, as the bible says, “Like a muddied spring or a polluted fountain is a righteous man who gives way before the wicked.” Proverbs 25:26.

Of course, who could forget Luke 22:36, “And He said to them, ‘But now, whoever has a money belt is to take it along, likewise also a bag, and whoever has no sword is to sell his coat and buy one.'”