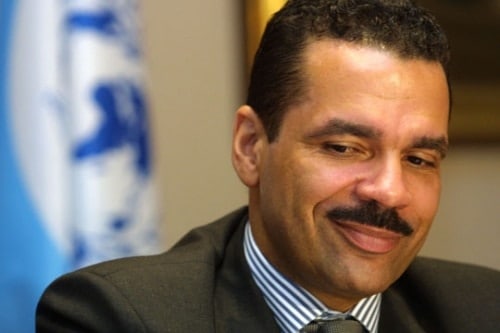 In an exclusive interview with ABC News, Interpol Secretary General Ronald Kenneth Noble suggested armed citizenry may be a way to prevent attacks.

Following last month’s terrorist attack at a Westgate shopping mall in Kenya, which left 72 dead and over 200 people injured, the Secretary General of the Interpol is considering what some may call a “controversial” solution to public safety, international security and terrorist prevention.

What is the Secretary General’s suggestion? Arm law-abiding citizens.

In an interview with ABC News, Secretary General Ronald Noble elaborated on that idea, noting that there are two paths governments can go down to protect “soft targets” or unarmed civilians from terrorists and sociopaths. The first is to move in the direction of a police state with armed guards, security checkpoints, surveillance cameras and metal detectors everywhere. The other is to encourage responsible citizens to keep and bear arms for self-defense.

“Societies have to think about how they’re going to approach the problem,” Noble, a U.S. citizen who served as the undersecretary for the U.S. Dept. of Treasury before being elected to his position at Interpol, said. “One is to say we want an armed citizenry; you can see the reason for that. Another is to say the enclaves are so secure that in order to get into the soft target you’re going to have to pass through extraordinary security.”

Noble explained that there has been “an evolution in terrorism,” in that terrorists are no longer targeting government buildings and sites that have ramped up security post 9/11, but are focusing on public places that have limited security and crowds of people, e.g. shopping malls, public markets, etc. He cited a recent call for al Qaeda “brothers to strike soft targets, to do it in small groups.”

The attack at the Westgate mall went on from Sept. 21 – 24, during which the gunmen took hostages, executed innocent civilians and engaged in gun battles with Kenyan forces. The radical Islamist group al-Shabaab took credit for the strike, saying that it was revenge for Kenya’s military presence in Somalia.

“Ask yourself: If that was Denver, Colorado, if that was Texas, would those guys have been able to spend hours, days, shooting people randomly?” Noble said, alluding to states that place a high value on concealed carry rights.

“For me it’s a profound question,” he continued. “People are quick to say ‘gun control, people shouldn’t be armed,’ etc., etc. I think they have to ask themselves: ‘Where would you have wanted to be? In a city where there was gun control and no citizens armed if you’re in a Westgate mall, or in a place like Denver or Texas?'”

In other words, empower the people to protect themselves to get rid of the notion that there is a “soft target” anywhere. It stands to reason that this will make many terrorists think twice before plotting an attack.

Though, it’s unlikely that governments will take Noble’s suggestion seriously.  One can argue that it’s in the interest of government bureaucrats to keep their citizenry unarmed. This way they can justify expanding their military defense, law enforcement and homeland security budgets. Theoretically, more soft targets creates a greater dependency on government and the more folks depend on the government, the bigger the government becomes.

Meanwhile, Noble and Interpol will continue to do what they can to protect soft targets.

“It’s Interpol’s view that one way you protect soft targets is you make it more difficult for terrorist to move internationally. So what we’re trying to do is to establish a way for countries … to screen passports, which are a terrorist’s best friend, try to limit terrorists moving from country to country. And also, that we’re able to share more info about suspected terrorists.”