British artist Darren Cullen created a new series of G.I. Joe style action figures that reflect the dark undercurrents of the effect of war on soldiers.

Instead of depicting the Action Man figures as war heroes or brave soldiers armed to the teeth with an arsenal of deadly weaponry, the controversial artist chose instead to shed light on the harsh reality of war, showing his action figures as despondent, weary, and suicidal, equipped not with machine guns and knives, but pain killers, alcohol and a noose, Business Insider reported.

This isn’t the first time Cullen has created unusual pieces. His artistic career has been made of outside-the-box thinking and going against the grain of what is considered to be the societal norm. He previously created a baby doll with its own baby, and a billboard that read “Santa gives more to rich kids than poor kids.” 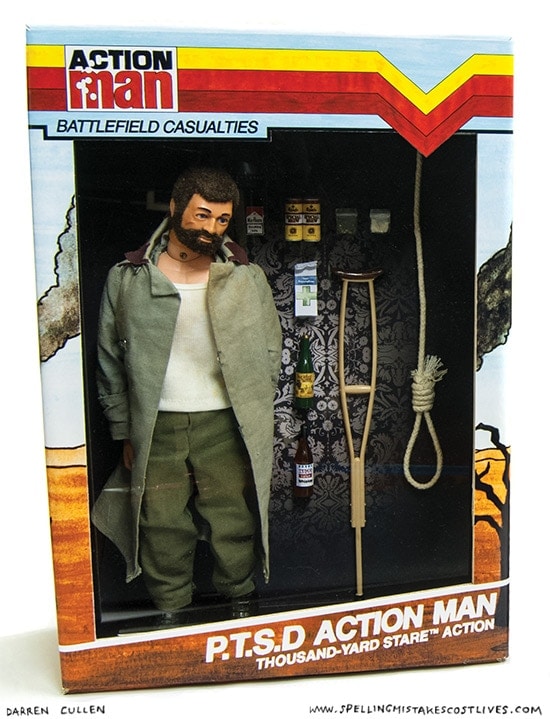 P.T.S.D. Action Man is armed not with a rifle and knife, but pain killers and a noose. 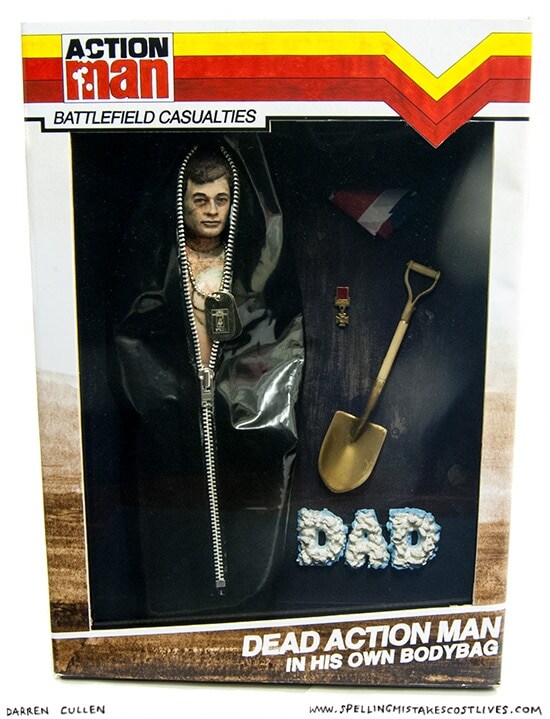 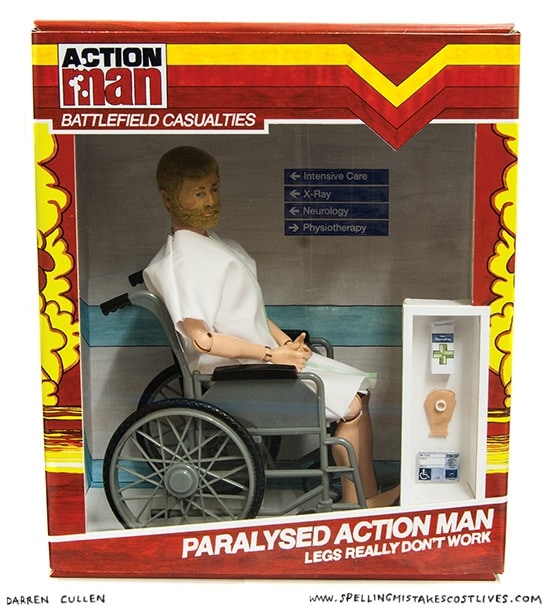 Paralyzed Action Man lost the use of his legs and is confined to a wheel chair.