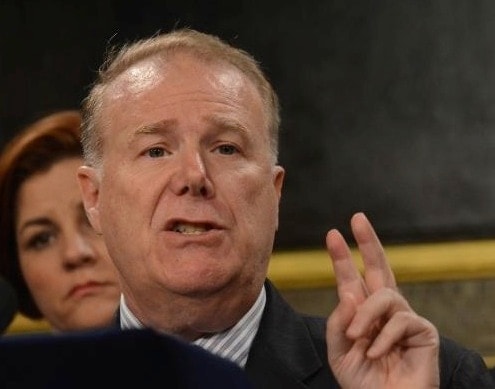 People are buying and selling firearms on the social media website Instagram, an online photo- and video-sharing social networking service.

Not a big deal, right? Well, it is for some.

Gun-control advocates and federal officials argue that since intrastate firearm transactions occur via Instagram between private buyers and sellers and they’re not subject to background checks it gives felons and the mentally ill an easy way to obtain guns.

However, it’s not against federal law for one to use social media websites to sell firearms, nor is it against Facebook’s corporate policy, the company that bought Instagram for $1 billion in April 2012.

(While Facebook’s policy technically allows a person to sell firearms in site, buying sponsored ads or articles in order to sell weapons is prohibited.)

“There is no federal law prohibiting sales of firearms over the Internet and the ready availability of firearms through social applications presents yet another avenue for unlicensed sellers to transfer guns anonymously and without background checks,” Allison Price, a spokeswoman for the Justice Department told the Daily Beast.

“This loophole underscores the need for a universal background check requirement, so we can keep firearms out of the hands of criminals and other persons prohibited from having them,” she added.

“Whether its Armslist.com or Instagram, there are too many easy ways for criminals to buy guns online without a background check,” said Feinblatt.

While Internet sales that occur out-of-state require background checks and the assistance of a Federal Firearms Licensee or gun shop dealer, in-state sales are mostly unregulated (except in the 15 or so states that require universal background checks). A private buyer can solicit a private seller online and then the two can meet in person and exchange the cash for the gun and forgo a background check.

That said, under current federal law it is illegal for one to sell or transfer a firearm to someone he/she knows is prohibited from possessing one. Moreover, it would appear the majority of the buyers and sellers online are responsible citizens who use sound judgment before sanctioning a deal.

“Every time I do a sale I look up the actual law,” Mike, an Instagram user who has sold guns on Instagram, told the Daily Beast. “I just Google it.”

“I can’t really speak for everyone, but for myself personally it’s not worth making $10 to spend 10, 20-years-to-life, and lose my voting rights, most importantly,” he said. “No amount of money is worth it. When it comes to that, I play strictly by the book.”

Danny, another gun owner and Instagram user, said that he would not consider circumventing the law but acknowledged that there are ways around it.

“I personally wouldn’t sell illegally because I am a responsible firearm owner, and would not want to deal with or be involved with anyone who isn’t,” he said, adding that he prefers to ship his guns through a licensed dealer but if someone didn’t want to go through an FFL he’d have to make a decision “based on the individual’s character.” 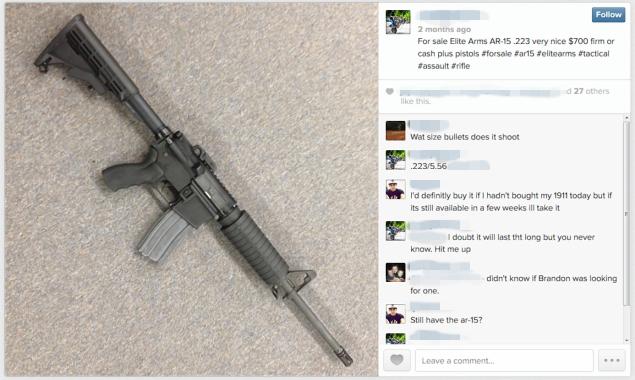 Yes, it is true that private transfers in many states do not require background checks, but perhaps the question is how many criminals actually purchase firearms online from sellers they do not know.

While the answer to that question is unclear, a 2004 study conducted by Daniel Webster of the John Hopkins Center for Gun Policy and Research found that among offenders who were incarcerated from crimes committed with handguns 11 percent got them from a licensed dealer, 39.5 percent from friends or family, 37.5 percent the black marked or ‘the street,’ 9.9 percent were stolen and 1.7 percent got them at a gun show or a flea market.

Though, admittedly, one could argue that these figures are outdated. Facebook was in its nascency in 2004 (it launched in February 2004) and Instagram didn’t even exist.