Wichita mother shoots late-night intruder, who turns out to be her neighbor (VIDEO) 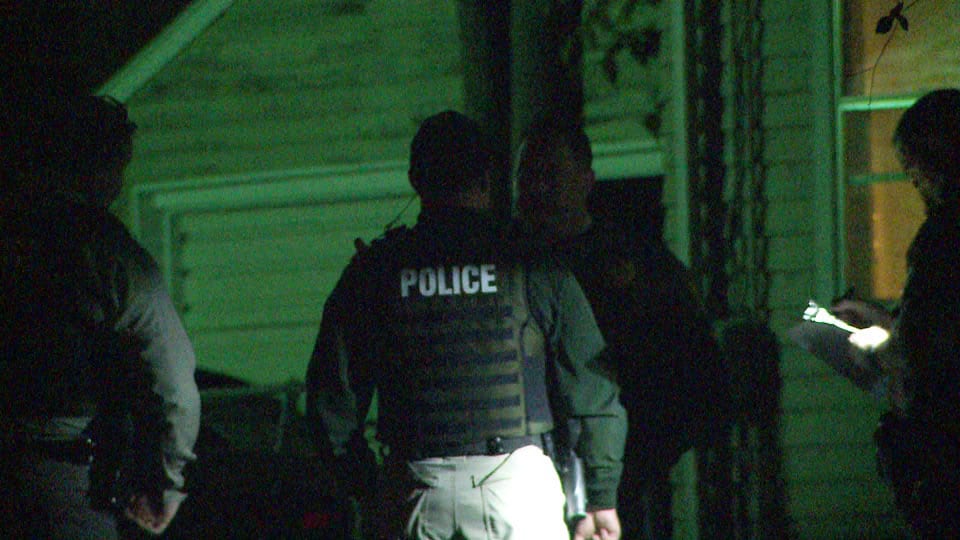 Wichita police say this is the second incident in the city in less than a month where a homeowner has shot an intruder. (Photo credit: KAKE)

A 28-year-old mother of two shot a man late Monday night when she was awakened and discovered him in her living room, only to realize later that the intruder, who was arrested for burglary, was her 19-year-old neighbor.

The incident occurred just before midnight when the woman, who lives alone with her two children, woke up when she heard the doorbell ringing, local media reports. Moments later, there was rattling at the back door. While the woman’s 2-year-old and 8-year-old daughters were still asleep, she armed herself with a handgun and went to see what the disturbance was.

The woman found a man standing in her living room who then asked her something to the effect of, “How are you doing?” The woman then told the man to get out of her house. He turned and walked towards the back door, which he had forcibly opened, but as he was walking he reached into his pocket. The woman told police that she was afraid he was reaching for a gun or other weapon and, fearing for the safety of her and her children, she shot the intruder.

The man, who turned out to live next door, then went back to his own house, where he told his family that he was at the park and had been jumped by four or five people.

The man eventually made his way to the hospital, where the staff contacted police about the man with a gunshot wound. He was treated and taken into custody where he faces three counts of aggravated burglary.

The following morning, Don Allison, who owns the home next door to the victim where the suspect was staying, went to his neighbor’s house to apologize for what had happened.

Allison admits that he was surprised when he discovered how the incident transpired. He told reporters that he wondered if the 19-year-old, who he describes as a quiet college student, had maybe been out drinking and accidentally went to the wrong house.

Regardless, Allison felt that he owed the woman next door an apology and stated that it was the humane thing to do.

Police did not indicate whether alcohol was found in the suspect’s system, and it is unknown if the woman recognized the intruder as her neighbor before she shot him.

Although Wichita Police Lt. Doug Nolte said, “On the surface, it does appear to be a situation of self-defense,” the investigation is ongoing and authorities will work to determine whether or not the shooting was justified.