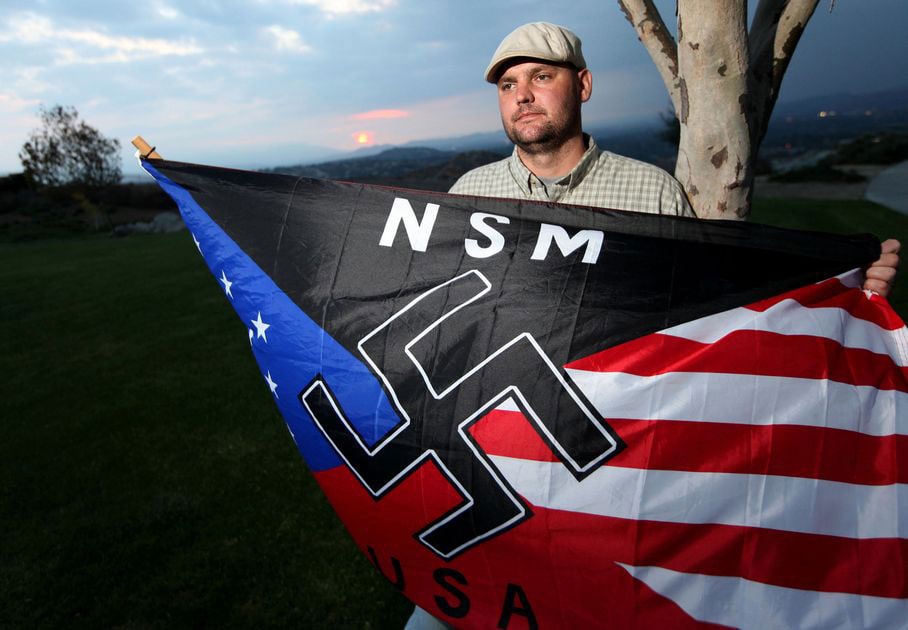 Jeff Hall was killed by his own son, who was 10-years-old at the time, from a single gunshot wound to the head at point blank range from a .357 Magnum. (Photo credit: AP)

The hearing to determine where and how the now 13-year-old boy will spend the rest of his teen years and likely part of his young adulthood enters the final stage today, the Associated Press reported. But the task at hand for the Riverside County, California, judge isn’t simply to determine how to punish the boy for fatally shooting his neo-Nazi father at point blank range, but to also come up with the best plan of rehabilitation for the boy who grew up in an abusive home and has had a history of violence since kindergarten.

It is a complex case which grabbed the attention of the nation when the then 10-year-old Joseph Hall on May 1, 2011 took the .357 Magnum, which belonged to his father, Jeff Hall, stuck it to his dad’s head as he slept on the couch, apparently after a long night of drinking, and pulled the trigger.

Authorities said that Hall’s life was over in an instant. A life young Joseph claimed was filled with abuse towards him and his stepmother, abuse that the boy brought to an end in the early morning hours that day.

Initially, Joseph’s stepmother confessed to the murder of her husband, but later recanted her statement, saying that she was only trying to protect the boy. Joseph’s younger sister also testified that while the two were playing on the swing set the day before the shooting, he told her of his plans to kill their father.

Eventually, Joseph was charged with second-degree murder for the shooting death of his father.

However, defense attorneys portrayed Joseph as a victim of both a traumatic and violent upbringing and his father’s white supremacist beliefs.

But while the teen’s fate rests in the hands of a judge today, there are those, including Joseph’s mother, Leticia Neal, who fear the boy will not get either the rehabilitation or the treatment that he needs in order to grow into a healthy, happy and productive adult.

Former California Sen. Gloria Romero, who has become an outspoken advocate for Joseph’s education, told NBC LA, “He’s fallen through every crack in the system.” 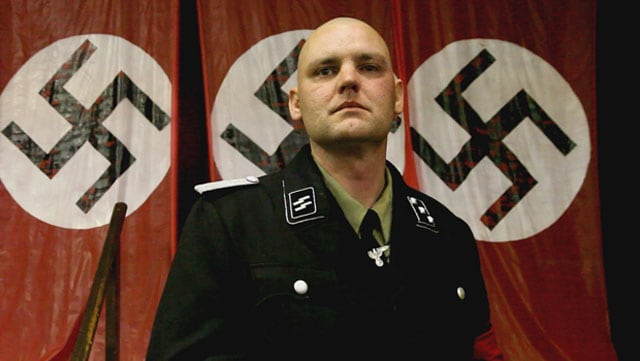 The boy’s advocates claim that he has serious emotional and developmental problems that stem from his father’s violent behavior and white supremacist beliefs. (Photo credit: CBS)

In fact, prior to the shooting, child protective services visited the boy’s home a total of 23 times, but never removed Joseph or any of the other children from the home.

Additionally, Joseph had a history of violent outbursts that dated back to the time he was five years old, the same time that his father gained custody of him after living with his mother since the couple divorced when Joseph was only a year old. The violence was openly displayed on his first day of kindergarten when he stabbed his teacher with a pencil and another incident in which he tried to strangle a different teacher with a telephone cord. He was kicked out of nearly every school that he attended.

However, Riverside County Chief Deputy District Attorney Michael Soccio, who originally got the boy convicted, says the now 13-year-old has come a long way in the last two and a half years. He’s improved in controlling his violent outbursts and has continued to attend classes and go to regular therapy sessions.

“I have grown attached to him in an odd way,” Soccio admitted. “I enjoy watching him grow and change but I am convinced he has done better in a quasi-military penal environment. He seems to like it, he knows what the rules are and what is expected and he is treated with dignity.”

While Soccio feels that the boy’s best option would be to remain in the state’s juvenile justice system, where he could possibly stay until he turns 23, not everyone agrees that that’s the best environment for Joseph.

According to the defense attorneys, Joseph has serious emotional disabilities that the state is not prepared to handle. They feel the better option for the boy is a residential treatment facility, where security is lighter but therapy is more intense. Punam Patel Grewal, Joseph’s defense attorney, also feels the boy would be at high risk in a state facility because of his indoctrinated neo-Nazi beliefs.

“It is a very dangerous place for him,” Grewal said. “He’s got a lot of vulnerability here. When he comes out at 23, we’ve got a huge problem.”

“If the end goal is rehabilitation, then that youth’s mental health concerns are going to have to be front and center,” she explained. “I think the judge has to ask the question, when this kid walks out — and this kid will walk out eventually — how is this kid going to be better?”