Share
After catching a Florida woman shoplifting hundreds of dollars worth of food, one police officer chose to enforce the “spirit of the law” instead of the “letter of the law.”
In place of handcuffs and a ride to the local jail to be printed, dressed out and a mark put on her record, the officer walked back into the grocery store and bought the struggling mother of three a cart full of groceries. 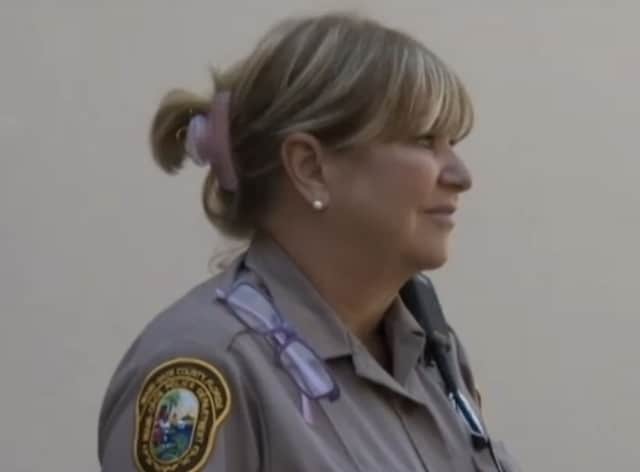 Vicki Thomas has been known for her random acts of kindness, but buying a cart full of groceries for a criminal was unusual, even for her.

It was a normal day in the uniform for 55-year-old Miami-Dade Police Officer Vicki Thomas when she was dispatched to a Publix grocery store on report of a burglary. When she arrived, the store manager led her to Jessica Robles – a sobbing and distraught woman who had just been caught stealing from a grocery market. Whether she knew it or not, Thomas was full of compassion and was about to embody the essence of community-oriented policing, ABC News reported.

Her mind trained to investigate, Thomas began digging to the root of the suspect’s problem.

“She just filled up the grocery cart and she just walked out, which shocked me, and I asked her, ‘Why?’” Thomas recounted of the event. “She said, ‘My children were hungry.’ And that immediately impacted me.”

Honest and candid with the officer, the thief confessed with eyes brimming with tears, “I’d love to be able to tell you I’ll never do this again, but I can’t because my children are hungry.” 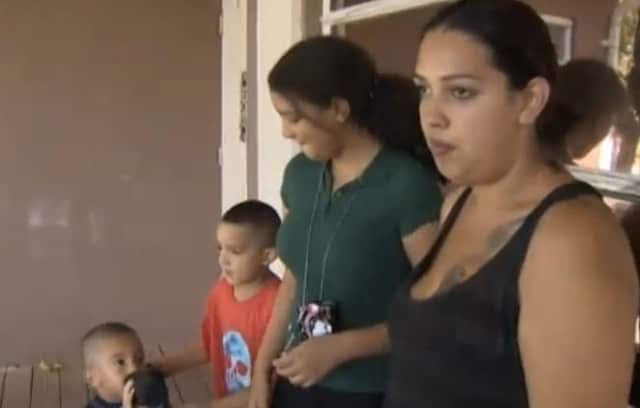 Jessica Robles, thief and mother of three starving children, was shown a great act of generosity from a Miami-Dade police officer.

Operating within the bounds of the law, Thomas and her partner escorted the suspect to their patrol car and filled out the required paperwork. Thomas, with a plan already concocted in her mind, told Robles to wait where she was.

“I grabbed my debit card, ran back into the store and bought things that would sustain her for a week or so and when I walked out she saw that I had the cart of groceries and she burst into tears and asked if she could hug me, which is kind of unusual for the suspect to be hugging the officer,” Thomas chortled through a grin. “I let her hug me.”

Robles’ thievery added up to just under $300, giving Thomas the discretion to choose to take her suspect to jail, or release her with a signed promise to appear in court. She chose the latter.

After having Robles sign the required paperwork, the benevolent officer released her suspect, albeit with a misdemeanor charge of theft.

But her good deeds weren’t finished yet. As it turned out, Robles was without transportation. So Thomas and her partner loaded the $100 worth of groceries into their squad car and ferried their suspect back to her residence.

Having arrived, Robles introduced her three hungry but soon to be fed children to Thomas. 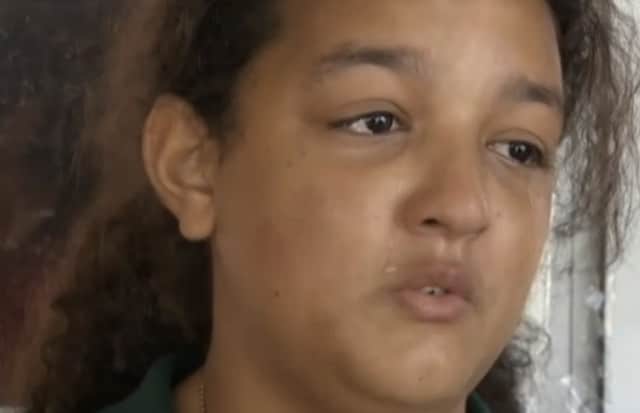 One of Robles’ children expressed her gratitude for being able to have food to eat.

“She went into the house and said, ‘Come outside. The officer bought us groceries,’” Thomas said. “They came outside and they were helping us bring the groceries in, going through the bags, asking, ‘Can I eat this? Can I have that?’”

“I honestly didn’t know the magnitude of how bad it was until later,” she added. “We got the groceries in and I got back in my car and took the next call.”

ABC News wanted to know if Thomas normally drove around in her patrol car bestowing random acts of kindness on would-be criminals. After much prodding, she finally admitted that, yes, she performs good deeds “a lot,” such as buying meals, but did confess this case was unusual for her.

She added that it’s not uncommon for police officers to step beyond the bounds of their required duties to help a citizen in need, they just prefer to do it under the radar.

“We do it silently,” Thomas said. “The victims know and I figure she’s the one that mattered. I just don’t normally buy suspects groceries.”

One business owner found out about the incident and contacted Robles, offering her a job. She was interviewed and in the end, she was hired. The once destitute mother who was unable to put food on the table for her children, was given an opportunity to change to her ways.