The return of the Ruger Red Label (VIDEO)

The over-under shotgun market has long been lead by foreign manufacturers. The best over-unders have been said to come from Italy or England. And while many American firms also manufacture these shotguns, the competition from manufacturers in shotgun-loving Turkey has always been stiff.

When Ruger pulled the Red Label over-under from their catalog, while many people were disappointed, few were surprised. It wasn’t the best seller and it had its critics. Still, it filled a role. Like most Ruger products, it was simple and tough.

After two years the Red Label is coming back — at least in name and spirit. Ruger has redesigned the new model over-under to appeal to more shooters and address some of the complaints to the somewhat aged design.

“After 32 years of production, we put the Red Label on hiatus in 2011,” said Ruger CEO Mike Fifer. “We knew we could employ newer technology, improve the design and deliver a better performing Red Label. We have done that and restored the Red Label as the best American-made, over-and-under shotgun on the market.”

Additionally the new Red Labels have a different balance, which may turn people back towards Ruger who did not like the older model’s handling. The weight is closer to the shooter making it lighter at the muzzle and easier to swing. 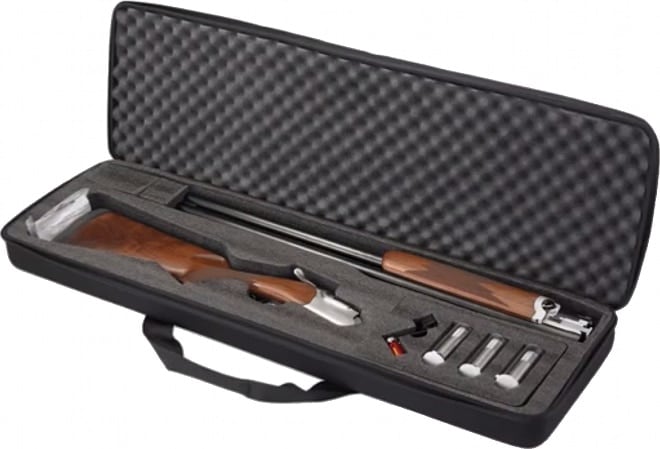 The new Red Label keeps the stainless steel receiver and is made to be as tough as the original, if not more with an increased number of stainless steel parts in the action.

Ruger is offering three models of Red Label shotguns, all in 12 gauge: a 26-, a 28- and a 30-inch model. The new Red Label is marketed towards entry-level competition shooting and hunters who want a shotgun a step up from the dozens of inexpensive over-under options.

The shotgun has a steeped rib and sports a gold bead front sight. The 30-inch model has two, a front sight and a mid-bead.

The suggested retail price for these over-unders is $1,399, which means real-world prices should come in at about $1,000, give or take. For all the specifications visit the product page.

This is a fairly complete package. All it needs is some ammo and some targets. The redesign looks solid. Ruger is poised to make a lot of new friends with the 2013 Red Label.

This has been a busy month for Ruger who recently announced the new SR-762, a piston-driven AR-10 carbine chambered for 7.62 NATO and .308 Winchester. A little tactical, a little tradition.