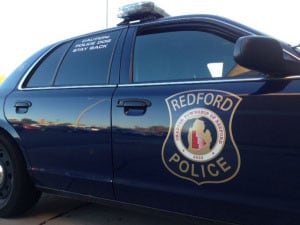 An armed robbery didn’t go as planned in Redford Township, Michigan Monday night. Instead of the intended victim, a pizza delivery driver, being an easy target, it turned out that he was carrying a gun and used it to shoot and kill the would-be robber, an ABC affiliate reported.

It was about 11 p.m. when the driver, whose name has not been released, pulled up into a driveway for what he thought was a delivery. But before he could even get out of his car, the driver was approached by a man who put a gun to his head and demanded money.

Although details are somewhat sparse, somehow the driver was able to retrieve his own gun and shoot the suspect. Witnesses told police that they saw another man, who was a possible accomplice, speeding away in a car.

James Wethers, who lives next door to where the shooting occurred, told reporters that he heard three shots then looked outside of his window to see the obviously distraught driver and another man lying face down on the ground.

“He just said he was robbed. The guy put a gun up to his head and he had to shoot the guy,” Wethers said. “He was freaked out,” he explained, stating that the driver just kept going up and down the street before finally stopping at a corner and waiting for the police to arrive. “He didn’t know what to do,” Wethers said.

Once officers arrived, the suspect, later identified as 20-year-old Tajuan Boyd, was taken to a local hospital where he died later that night.

Apparently the home where the driver was delivering the pizza never even ordered it, which led authorities to believe that it was a setup from the beginning and an occurrence that’s becoming all too common in the area.

In fact, Jets Pizza in nearby Dearborn instated a new policy that they would no longer deliver after dark to the Detroit area after one of their delivery drivers was shot last year. The tragic irony of the incident being that before the shooting, the pizza company sent two drivers on every delivery, one legally armed with a gun. The order was the last one of the night and the 19-year-old was the only driver still around. “Yeah, I’ll do it,” he said, not knowing that the night would end in a life-changing injury. The teen was shot in the chest for $35.

Jamal Mosley, whose sister lives in the home where Monday night’s shooting occurred, told reporters, “My stepfather called and said my sister was hysterical. She was crying and really upset.”

None of the residents, which included a 5-year-old child were harmed during the incident.

Authorities did not reveal what pizza company the driver worked for or whether he had a permit to legally carry his firearm.

The investigation is ongoing and has once again sparked a fierce debate over whether or not delivery drivers should be required to carry guns.