Sarah Palin keeps telling Piers Morgan she doesn’t want to be on his show, but the CNN talk show host just keeps on asking. This time, Palin said “no” by posting a photo to Facebook of herself smiling as she looms over a recently shot black bear, with the inscription “Piers: Kind of Busy right now,” The Blaze reported. 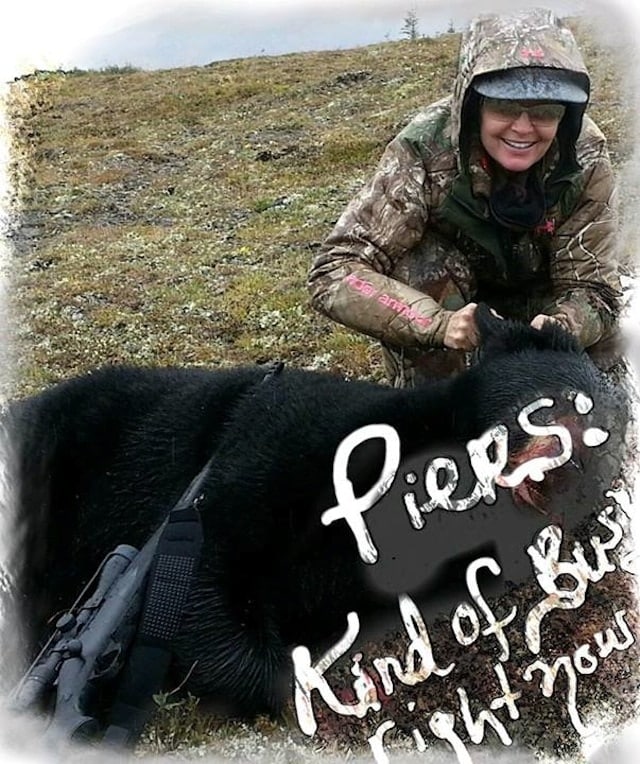 Palin has told Morgan “no” many times when it comes to her going on his talk show. Maybe this time it’ll stick.

Just in case Morgan didn’t get the hint this time, Palin included a detailed message along with the post.

“Oh dear Piers, thank you so much for all your invitations to appear on your shambolic show, including the adoring message you sent,” Palin wrote. “But is it still any wonder why I’ve politely responded that I’m too busy doing, um, er… pretty much anything to accept the invite? (At least I don’t tell you to ‘get stuffed’.) And to all our British friends: we ask, what did your friends across the pond ever do to you to deserve you Piers? [smiley face]”

Palin also linked her post to a Breitbart article that talked about Morgan’s tweets from Thursday, where he was tricked into reading a satirical piece that said Palin claimed Jesus celebrated Easter, when in fact she never actually said that.

But Morgan wasn’t about to just sit there and take it from the former vice presidential candidate and former Alaska governor. He lashed out Palin with a series of critical tweets.

Hi @SarahPalinUSA – thanks for the message. Let me know if you need any history lessons re we Brits. Love Piers > https://t.co/7ehQe456ww

ps @SarahPalinUSA ..and the offer to come on my show still stands. Like I said, we’d have fun….if you’ve got the guts to do it.. #CNN #PML

Being called ‘shambolic’ by @SarahPalinUSA is most amusing. I wonder if she can see irony from her house?