Bargain Hunting at its Best: Ruger American Rifle vs Remington 783

With evolved gun manufacturing techniques, gun maker’s have reacted to the country’s economic woes in a way that’s been advantageous for both the maker and the American gun buyer. With those perfected techniques and by replacing wood with polymer, manufacturers have been able to cut cost and in turn reduce retail price by a large percentage. Two such products by two renowned makers are The Ruger American Rifle and the Remington 783. Guns.com looks at what makes these two very similar rifles unique.

Ruger’s slick new polymer hunting rifle isn’t going to knock you over with its aesthetics.  It is a tool and unabashedly utilitarian.  The polymer of the stock and the functional finish of the steel are both signs of the times. While the gun isn’t ugly, by any means, it isn’t going to be an heirloom.

The Ruger American Rifle chambered in .308. (Photo by David Higginbotham)

The rifle weighs in at 6.12 pounds (in .308, the version I have on hand).  The 22-inch barrel has a 1 in 10-inch twist.  The barrel has a steady consistent taper that feels a bit thin and heats up quickly.  In a target gun, the thin barrel would be a liability.  Even when sighting in, or practicing with a rifle like this, you should let the barrel cool down before making any judgements about its true capabilities.  After all, it isn’t a gun designed for rapid fire.  It is more of a one-and-done hunting gun.

The Ruger American Rifle is equipped with a tang safety, which is conveniently located where the thumb naturally lands when gripping the gun. (Photo by David Higginbotham)

On the American rifle, the bolt is smooth, the trigger pull is adjustable down to 3 pounds, the detachable box magazine holds four rounds, and the safety, which is tang mounted, is easy to find and reasonably quiet.  With a bare minimum of concentration, it can be switched on or off without making any noise, and without having to look at it. 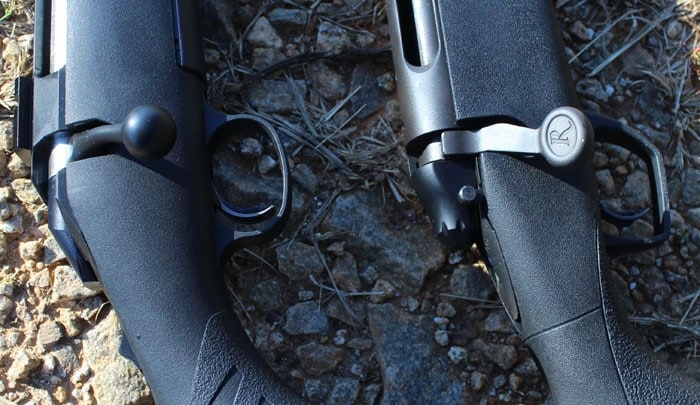 The Ruger American Rifle, left, has a rounded bolt handle while the Remington is equipped with a flat bolt handle. (Photo by David Higginbotham)

MSRP on the .308 American Rifle is $449.  It is a solid rifle and a great way to get into hunting with money left over to invest in a good scope.  The full-size centerfire models are available in six calibers.  The compact version, which knocks 4 inches off the barrel, is available in three and they’ve just launched a couple of rimfire chamberings as well.

The American Rifle was Ruger’s way of making a pretty bold challenge.  For well under $500, any hunter can have a seriously capable rifle.  Remington had to answer, and the new Remington 783 is it.  While both rifles cost about the same, they have a lot more in common than price.

The Ruger American Rifle, top, and the Remington 783. (Photo by David Higginbotham)

Remington’s 783 comes on the heels of the Remington 770, which was a spin off of their timeless Remington 700 series.  This family of guns has a rich history and a devoted following.  While the American rifle had the feel of a brand new product for Ruger, the 783 feels like a sequel for Remington.  Or an evolution, if you’re a glass-half-full type. 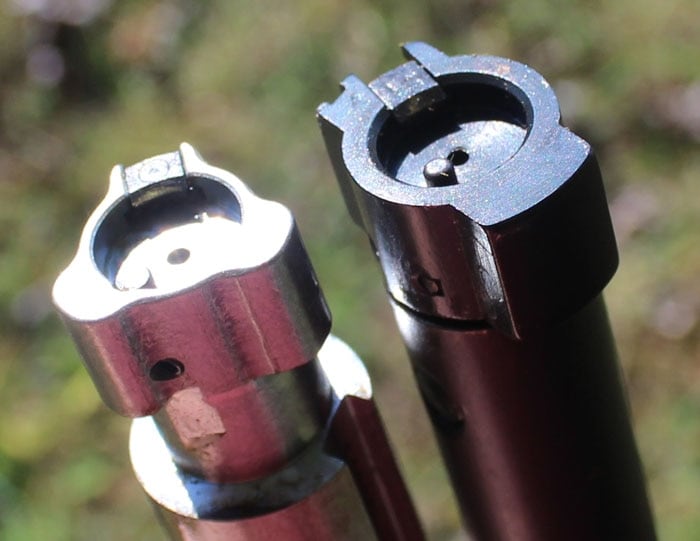 The Ruger’s has a three lug, full diameter bolt. The 783 has two lugs.

This evolution is based on some innovative materials and some high-tech manufacturing.  That’s something I’d say is true for both of these rifles.  The cost of these guns and the consistency of the product, which would have been unheard of at this price before the development of CNC machines and injection molded polymers, is a commitment to a new era of American firearms manufacturing.

The Remington 783 is only available in four calibers right now.  Their .308 weighs in at an even 7 pounds.  The stock has a more traditional look to it.  The glass-filled polymer is rigid and feels durable.  The barrel is free floated and slightly thicker than that of the American Rifle.

The detachable magazine box is steel.  It fits into the gun with a positive click.  Also, the 783’s trigger is adjustable.  The safety is mounted at the rear of the bolt and while I find this more difficult to locate than Ruger’s tang mounted safety, it still has a distinctly tactile identity and it moves very quietly. 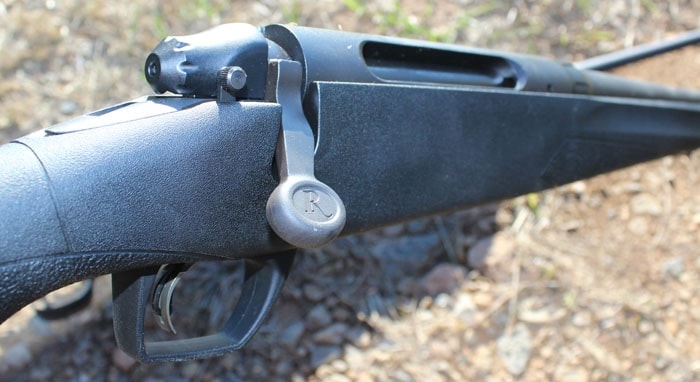 The Remington 783 is designed with a safety attached to the bolt. While conveniently placed, it isn’t as ergonomic as a tang safety. (Photo by David Higginbotham)

I can say the same for the bolt.  It moves well enough, but I have a hard time closing it from my shoulder.  The American rifle glides out and in and closes up securely with a bare minimal effort.  I can work it from my shoulder easily, which means if I miss with the first, I may be able to call up a second shot without losing my sight picture.  Not so for the 783.  I have to muscle it back down.

Honestly, I would have a hard time declaring one a winner.  But I have shot these two guns side by side.  I’m not going to claim one shoots better than the other.  I can’t.  Both of the rifles (topped with the same scope) shot five round groups that stayed under 1.5 inches at 100 yards, often right at an inch.  I’d be hard pressed to say that either shot better than the other.  But the Ruger handles better, even though what I’m pointing to is the simple action of cycling the bolt. 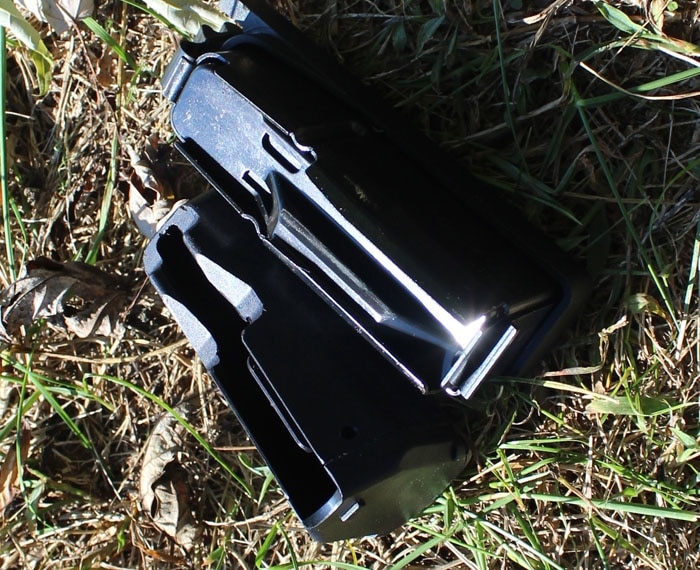 The Ruger magazine, left, is constructed with polymer materials, while the Remington is of the more sturdy steel. (Photo by David Higginbotham)

Yet the Remington has a much nicer magazine. The Ruger’s polymer magazine works, but I doubt it would outlast the 783’s steel mag.  But the Ruger comes with scope mounts and the Remington does not.  Would that be a factor in your decision?

I honestly don’t think you can go wrong either way.  Looks at these things.  They are meant to be used.  And they’re not going to let you down, no matter which one you pick.  And even if you don’t take either one, pay attention.  This is what American companies are doing to deliver value.