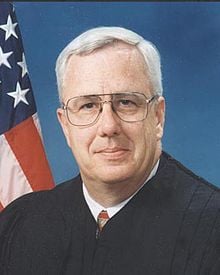 A federal judge ruled last week that a Nebraska law prohibiting legal, non-citizens from obtaining a concealed carry permit can no longer be enforced by the state.

The Second Amendment Foundation and the Nebraska Firearms Owners Association filed a lawsuit back in April challenging the law on the grounds that it violates one’s equal protection rights under the Constitution.

The main plaintiff in the case was 68-year-old Carlos Nino De Rivera Lajous, a Mexican citizen who obtained his permanent resident visa (green card) in 1991.  Lajous has been living in Lincoln, Nebraska, ever since.

“Upon entry of the final order and permanent injunction, Defendant shall allow Plaintiffs and other lawful permanent residents residing in Nebraska to apply for, and obtain, a permit to carry a concealed handgun, provided they are otherwise qualified to obtain such a permit pursuant to the Nebraska Concealed Handgun Permit Act,” said U.S. District Judge Richard Kopf in his ruling.

Naturally, both pro-gun groups were happy with the outcome, but voiced frustration on having to take the issue to court instead of resolving it with the state Legislature.

“It’s unfortunate that it took a lawsuit to get this important change made to the law. We attempted to make changes through legislative channels first, but it has become increasingly difficult to get good bills through the Judiciary Committee.” NFOA President Rodney Moeller said in a press release.

“This court decision brings the citizenship requirements of Permitted Carry in line with current requirements to purchase a handgun. Now everyone legally able to purchase a handgun in the state of Nebraska is also legally allowed to pursue the rigorous process of training, qualification, background check and fingerprinting required for application to obtain a permit to carry a concealed handgun.”

Back in April, SAF Executive Vice President Alan Gottlieb spoke about the irony of Nebraska’s law with respect to carry rights for legal, non-citizens.

“Ironically,” Gottlieb explained “Mr. Lajous is allowed to carry a firearm openly in Nebraska, except for certain locations where doing so is not allowed under state law. He is prohibited from obtaining a concealed carry permit by state statute, thus making open carry his only option for personal protection, and as a result, he is the victim of what might be called a ‘Catch 22’ in state law.

“There is no rationale for a system in which someone can legally carry openly for self-defense, but yet that person cannot obtain a concealed pistol permit because of nationality,” he continued.

Self-defense is a fundamental right.  All law-abiding permanent residents should be allowed to obtain a firearm and a concealed carry permit for self-defense.  Laws that prevent resident aliens from exercising their right to keep and bear arms should be repealed.