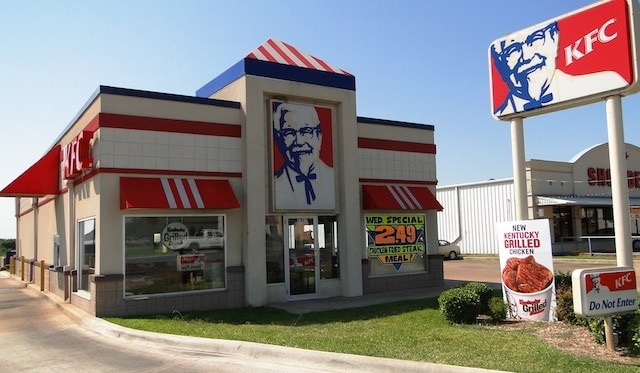 A KFC found himself very lucky after a bullet ricocheted off his belt buckle during an armed robbery, leaving him completely unharmed.

A KFC employee was left unscathed after his belt buckle deflected a bullet during an armed robbery.

Tulsa police said two suspects waited for a Tulsa, Oklahoma KFC to close before forcing their way inside, entering after one of the employees opened a door to take out the garbage, KTUL 8 reported.

The armed robbers took the employee’s personal belongings, including their cell phones and wallets, and also ordered the manager to open the restaurant’s safe.

During the robbery, one of the crooks fired at an employee. Amazingly, the round struck the worker’s belt buckle and ricocheted off, leaving him completely unharmed.

As the thieves fled, they crashed their car into a tree, but still managed to get away. Police are still looking for two black males in their early 20’s, one of whom was wearing a black hoodie, while the other was wearing a grey hoodie.

The employee was reported to have sustained no injuries, but was taken to an area hospital as a matter of precaution.