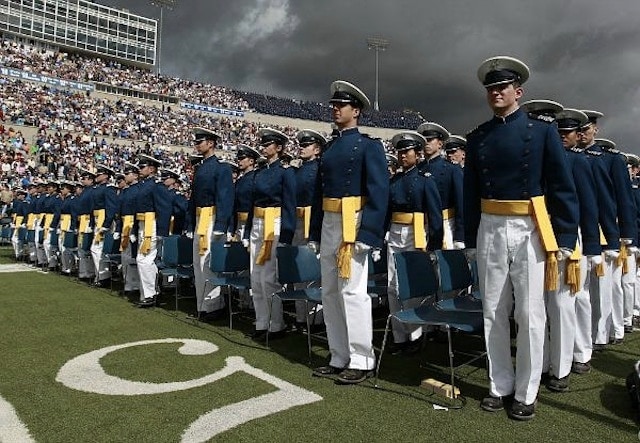 Air Force Academy cadets will no longer have to swear an oath to God.

The Air Force Academy amended their honor oath Friday, now allowing cadets to have the choice to recite “so help me God” at the oath’s close.

The change comes after some prompting from the Military Religious Freedom Foundation, a group that aims to see complete separation of church and state in the military, reported the Military Times.

“Here at the academy, we work to build a culture of dignity and respect, and that respect includes the ability of our cadets, airmen, and civilian airmen to freely practice and exercise their religious preference – or not,” academy Superintendent Lt. Gen. Michelle Johnson said. “So in the spirit of respect, cadets may or may not choose to finish the honor oath with ‘so help me God.’”

While the foundation was able to incur some change in the academy’s regulations when it comes to the separation of church and state, MRFF President Mikey Weinstein says it isn’t enough, fearing the new option may put some cadets under undue pressure.

“The Air Force Academy took the cowardly route,” Weinstein said after the announcement. “From our perspective, it still creates a tremendous amount of unconstitutional turmoil … for anyone who is a religious objector.” 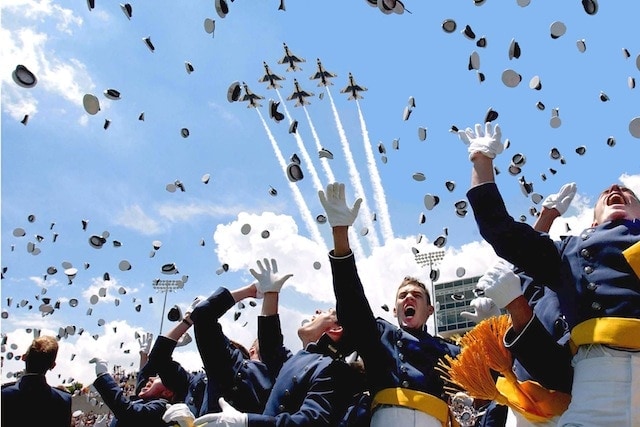 The phrase “so help me God” is technically still included in the honor oath, but the MRFF wants it struck out entirely.

Weinstein believes the only way to permit cadets swearing the oath to be pressure free is to strike the phrase “so help me God” from the oath entirely, though he wouldn’t object to those cadets wishing to add that phrase, or something comparable, back in.

“I’m completely and totally fine with them adding it if they choose,” Weinstein said. “They can swear so help me God, so help me Allah, so help me Spider-Man. But when you have it there, that is a noxious violation of separation of church and state.”

The honor oath in full reads: “We will not lie, steal or cheat nor tolerate among us anyone who does. Furthermore, I resolve to do my duty and live honorably, so help me God.”