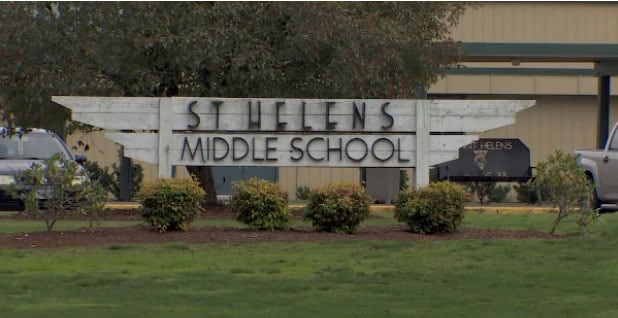 The school board in St. Helens, Oregon, voted Wednesday to repeal a ban that prohibited teachers and other staff from carrying firearms on campus, according to local reports.

Currently, state law allows for those with concealed carry permits to carry on school grounds, but a ban set forth by the school board in March – with different board members at the time – excluded school staff from that law as long as they were on school property. However, the new board members voted 4-1 to repeal that ban.

School board chairman Marshall Porter told ABC, “The current law in Oregon allows for anybody to conceal carry on school grounds. To exclude our staff seems like they’re being punished. They should have a right to protect themselves if they so choose.”

While guns in schools have no doubt been a hot topic, Porter said that the majority of parents he has spoken with approve of the school board’s decision. In fact, Porter said that he’s only had one parent contact him who disagrees with the decision.

Similarly, a reader poll conducted by the local news channel KGW, indicates that 37 percent disagree with allowing teachers to arm themselves if they so choose, while the remaining 63 percent feel that it’s acceptable. Of course, 38 percent of those that state it’s okay, also feel that the teachers should have adequate training before carrying firearms in schools.

John Walker has a 7-year-old child in the school district. Walker’s wife is also a teacher, but the couple says they didn’t learn anything about the topic until after the vote was already done. His wife learned of the decision the following day at a teacher’s union meeting.

“Other than the agenda on their website, the school board did not advertise this at all,” Walker said. “They didn’t solicit community input at all. It had nothing to do with the school board’s role in education. It just seems to be a statement about the Second Amendment.”

Walker feels his child is less safe in the school now.

“The district has now given permission to have guns on campus,” he said. “You can have a concealed carry permit and be on the grounds. That’s a big leap of faith.”

But Porter claims that it’s not the law-abiding citizens that pose the greatest risk to the community. “I would say that the risk is more likely that somebody who isn’t following the law is a higher risk to your child coming on to school property than the one that is going to do it legally,” he said.

Starrett, whose organization offers weapons training to teachers for free, explains that during an active shooter situation, “Time is of the essence. So, some think, ‘What if there was a trained person who could take action?’ I think about that teacher in Reno who was shot last week. What if he had had a gun?”

Another school board member, Kellie Smith, said that even though she has a very close friend who is completely “horrified” at the thought of teachers being armed, she still agrees with the board’s decision.

“I have my kids in there. If there was a chance that something was to happen, and there’s a chance that a teacher might be able to protect them, I’m fine with that,” Smith said.

Porter reiterated that the school board was not encouraging teachers to arm themselves, nor did the decision even necessarily mean that any of the district’s staff would be armed. Instead, the decision simply gave teachers and other staff that option, which was taken away by the ban earlier this year.

Porter also said that he understood the controversy behind the topic and that each individual district should make their own decision on the issue.

“I think our teachers are responsible,” he said. “Our community is pretty knowledgeable about guns. Our community is kind of rigged that way already. It’s not like we’re in downtown Portland … we’re different in that sense.”

District Superintendent Mark Davalos indicated that he disagreed with lifting the ban. “I don’t disagree with Constitutional rights,” he said. “But this is a school, and our interests are what’s best for the kids.”

While Porter agreed that the children’s safety is most important, he sees it in a different way.

“If [staff members] were faced with a horrific choice,” he explained. “If they had to defend themselves against a kid — which has been the thing — I think it would be a hard decision for them, one that they would educate themselves on.” However, he said. “I do believe we’re talking about educators, people who have the interest of the children in mind.”