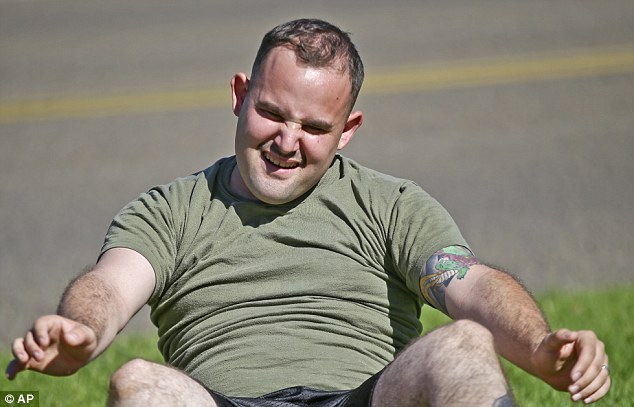 This service member failed the tape test and pushes to do what it takes to pass it on the next go around.

Some U.S. troops who would otherwise be unable to pass the “tape test,” the Pentagon’s body fat test, have worked with plastic surgeons to undergo a liposuction procedure, reducing their dimensions and allowing them to move forward with their military future. 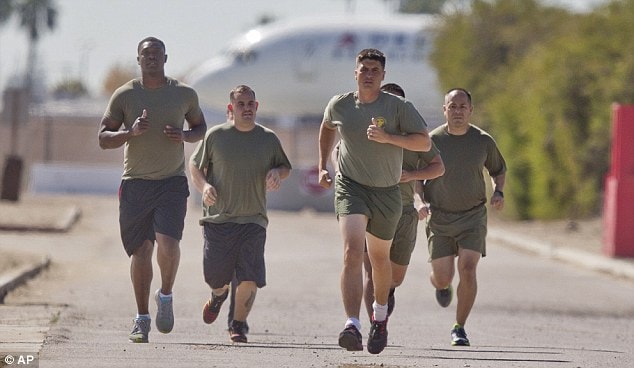 An instructor leads a group of sailors and marines on a 3-mile run to help them improve their physical conditioning.

Plastic surgeon Dr. Adam Tattelbaum says soldiers “come in panicked about being kicked out or getting a demerit that will hurt their chances at a promotion.” But many service members feel they are left with no other choice, saying the Defense Department’s antiquated system of measurement weeds out not just those with excess body fat, but also personnel with larger frames and muscular builds., the Daily Mail reported.

Fitness experts and doctors agree with the soldiers’ view that the old standard of the tape test, which makes body fat estimates by taking measurements of the neck and waist, is outdated. They’ve urged for the military fitness standards to be revitalized and updated to reflect the new, larger American standard.

But according to defense officials, the current method of measuring fitness is still an accurate predictor of physical ability, stating that only a handful of those who exceed body fat limits still score high on the fitness tests.

“Those incidences are far and few between,” said director of the Navy’s Physical Readiness Program Bill Moore. “We want everybody to succeed. This isn’t an organization that trains them and says, ‘Hey, get the heck out.’” 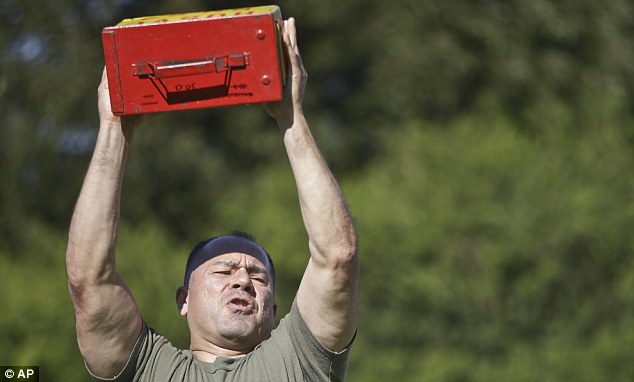 This Marine heaves a 30-pound ammo can above his head, training to ensure he passes the tape test.

Fitness expert Jordan Moon says there is no true and reliable way to measure body fat in the first place and troops should be judged on how well they perform, instead of how much they weigh.

“We’re sending people away who could be amazing soldiers just because of two pieces of tape,” said Moon. “Ninety percent of athletes in the NFL are going to fail the tape test because it’s made for a normal population, not big guys.”

Pentagon officials said that while the military doesn’t openly condone utilizing liposuction in order to pass the tape test, they also don’t forbid it.