In 1891 the Russian military adopted the Mosin Nagant 91/30 as its service rifle and they kept it there until the end of World War II.  With about 50 years of service and nearly 37 million produced, the Mosin Nagant has become one of the better-known military surplus rifles available.

There isn’t much to say about this rifle that hasn’t already been said, but every now and then somebody tries to tweak the old girl. While some have put forth their best efforts, others succeed. Today we talk about the latter: The Archangel AA9130 Detachable Magazine Conversion Stock for Mosin Nagant rifles.

It is estimated that approximately 10 million or so Mosin Nagant rifles have made it here to the states and have been sold.  Along with their .30-caliber designation and their 28-inch barrel, the 91/30 has become an ideal candidate for precision shooters on a budget.

However, with the barrels made of steel and the stocks made of wood, it’s no wonder that long term storage would have been a concern and as a result, the vast majority of these “military surplus” Mosin Nagant rifles were doused in Cosmoline, and crated for some 60 or so years before making it on to the gun rack at the local gun store.  In fact, in most cases, even when sold, the vast majority of rifles are still covered in this waxy/oily substance from muzzle to butt stock, resulting in dramatic variations in quality and condition from crate-to-crate and rifle-to-rifle.

While some rifles were preserved in pristine condition, others were not so lucky and suffer from rust as a result of their long-term storage conditions.  This is precisely what opens the door to aftermarket companies to provide replacement stocks, barrels and bolts beefed up with the advancement of technology.

The DIY project all starts with the stock by Archangel Manufacturing. (Photo by Chad Cheung)

Introduced as part of the OPFOR Series of conversion stocks, the AA9130 is exactly as it sounds.  Completely AWESOME!  It will convert your five-round fixed magazine WWII icon into a free-floating, detachable magazine bearing, menace from the 20th Century. 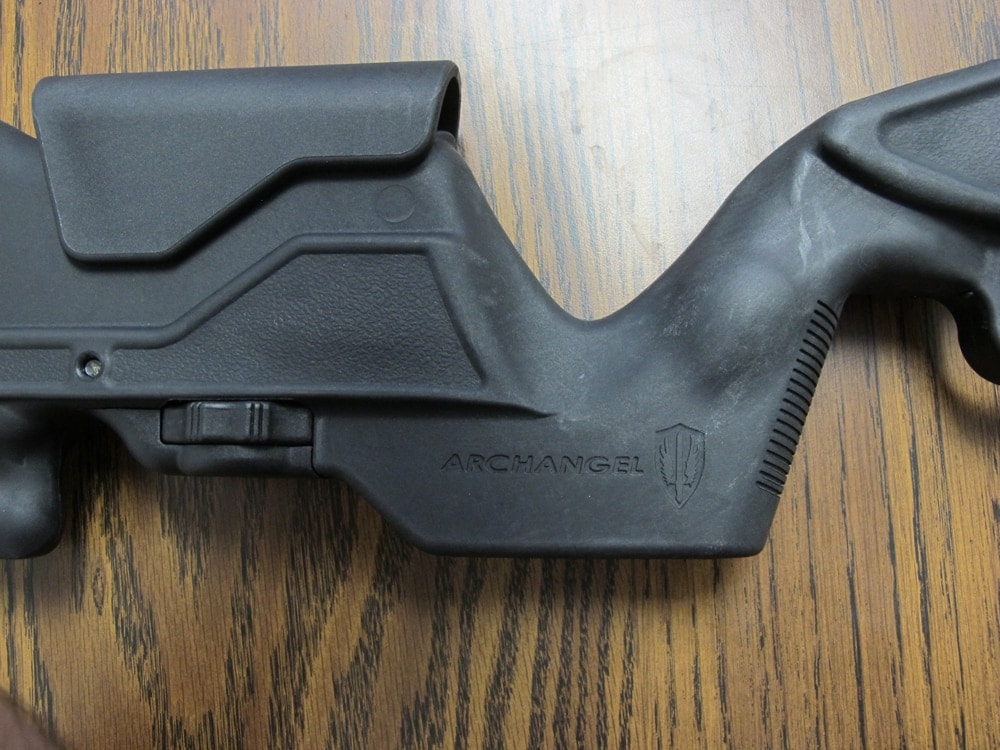 The stock has several adjustable features, an improvement over the traditional wooden design. (Photo by Chad Cheung)

Initially the stock was released only in black, but they will soon be manufactured in Desert Tan and Olive Drab Green.  Luckily, I was able to get my hands on two a black one, and a prototype one in Desert Tan.

The quality, is in the engineering

From the moment you take it out of the package you’ll agree that this is one stout stock and is overwhelmingly filled with compatibility options and features that tell you, this stock was built 100 percent with the shooter in mind.

It’s made from a proprietary carbon fiber filled, super-tough polymer and equipped with a free-float barrel channel, a pre-inlet for Timney Precision Trigger group; a click adjustable length-of-pull and cheek riser; a support hand rest to pull the rifle tight and into your shoulder for those long shots; and a grip storage compartment to store some extra parts, tools, or even a bore snake for some in the field cleaning should the need arise.

All controls and attachments are completely ambidextrous making this stock completely customizable for both left and right-handed shooters.  All that, and Archangel was still able to keep the weight just slightly heavier than the original wood stock.

Putting it all together

Although installing the kit is relatively simple and intuitive, Archangel includes a diagram complete with instructions and even a FAQ with some basic fitment recommendations.   The whole conversion process from the traditional wooden stock to the AA9130 is relatively painless, and can be completed for most Mosin Nagant rifles in less than five minutes with a screwdriver, a pair or two of needle nose pliers, the included hex wrench, and a little finesse from the average kitchen table gunsmith.

My 1942 Russian 91/30 with a round receiver was virtually plug and play.  The only difficulties I encountered were early on during disassembly of the wooden stock, when I was trying to slide the front clamp over the front sight.  In the end, I had to use a couple pairs of needle nose pliers to pull the clamp apart to allow enough clearance for the front sight to slide through.  It wasn’t impossible, but it sure required a great deal of effort and patience to get the clamp spread far enough apart and for it to stay that way long enough to slide over the front sight and not snap back into position. 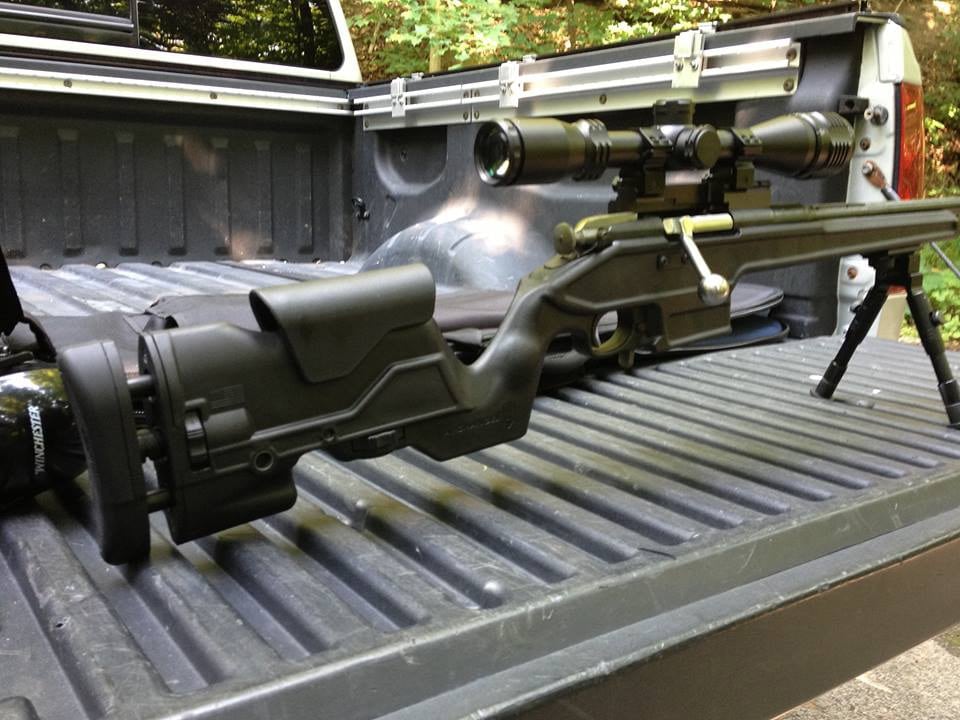 What a Mosin Nagant 91/30 could look like after a little surgery. A little plastic does wonders. (Photo credit: ProMag/Facebook)

Archangel Manufacturing really broke the mold with their AA9130, and I foresee a new and reinvigorated market for this WWII classic.  With an out of the crate Mosin Nagant rifle costing about $200 or less, add another $200 for the AA9130, $25 for a 10 round magazine, $100 for a scope mount, and $300 for a quality magnified optic, you can turn your WWII relic into a head turning modern day tactical and precision tack driver for about half the cost of some of the other more current bolt action rifles of the same caliber on the market.