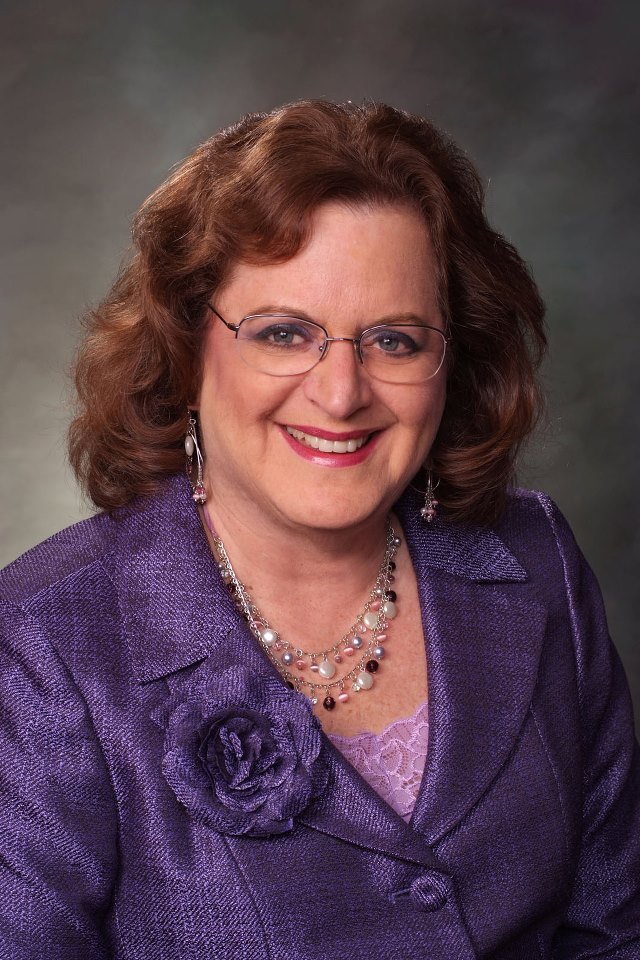 Colorado state Sen. Evie Hudak is desperately trying to save her job.

After making some controversial remarks about a rape victim’s ability to protect herself with a firearm and voting for the state’s new gun control laws, Hudak finds herself the target of a grassroots recall movement of gun owners and gun rights advocates. The same movement that succeeded in ousting Senate President John Morse (D-Colorado Springs) and Sen. Angela Giron (D-Pueblo) last month.

On Saturday, along with some of her Democratic peers, Hudak attended a rally on the stairs of the state Capitol building organized by the pro-gun control organization Moms Demand Action for Gun Sense in America.

Given that it’s Domestic Violence Awareness month, the central theme of the event was to remind the public that nine women are fatally shot each week by their husbands or intimate partners, according to the Violence Policy Center, a nonprofit gun-control research center.

“As a mom myself this is an issue that’s personal to me,” Hudak said at the rally, before revealing a tragic incident involving one of her students.

“I had a student when I was a teacher at Barnes Business College that was murdered by an ex-boyfriend that she had a restraining order against,” she explained to the local CBS affiliate.

Hudak touted the merits of Senate Bill 197, a measure she sponsored that prohibits domestic abusers with a protection order or a domestic violence conviction from possessing a firearm.  She briefly discussed how the bill, which was signed into law by Colorado Gov. John Hickenlooper, would work to help keep women safe.

“The onus is on the offender to take care of it,” Hudak said, meaning that a person would have to immediately relinquish any firearm or ammo in the person’s possession or control upon being served with a protection order to prevent domestic violence or upon conviction of a misdemeanor or domestic violence offense.

As noted in previous Guns.com articles, during a public hearing on gun control Hudak was critical of rape survivor Amanda Collins’s belief that she would have been better prepared to fight off her attacker if she was carrying a firearm.

Hudak called Collins’s story “unsettling” and said, “Actually, statistics are not on your side, even if you had a gun.”

“You said that you were a martial arts student, I mean, person, experienced in Tae Kwon Do, and yet because this individual was so large, was able to overcome you even with your skills, and chances are that if you had had a gun, then he would have been able to get that from you and possibly use it against you,” chided Hudak.

However, as Guns.com recently pointed out, the senator not only insulted the young woman but misrepresented the truth.  Americans use firearms to defend themselves, their family and their property as many as 2.1 million times per year.  Conversely, criminals use firearms about 579,000 times per year, and the majority of those crimes are perpetrated by repeat offenders.

Hudak apologized to Collins following the hearing but stood behind her misguided position that woman who own firearms are more likely to have them used against them than they are to use them in self-defense.

Looking ahead, she’s got to be worried.  Hudak beat out her Republican challenger Lang Sias by a rather narrow margin, only 584 votes.  And the grassroots movement has until Dec. 3 to collect 18,900 signatures to force a recall election.  That’s a lot of time to get the job done.  It stands to reason that Hudak will need more than an appearance at a poorly-attended rally if she wants to save her job.

EDIT TO ADD:  This article mistakenly said that Hudak “held” the rally, as in she organized it.  However, it’s been brought to my attention that the rally was organized by Moms Demand Action, not Sen. Hudak or her office.  Hudak was invited by MDA, not the other way around. Facts matter and I aim to get them right.  Apologies to Hudak and MDA for the mistake.