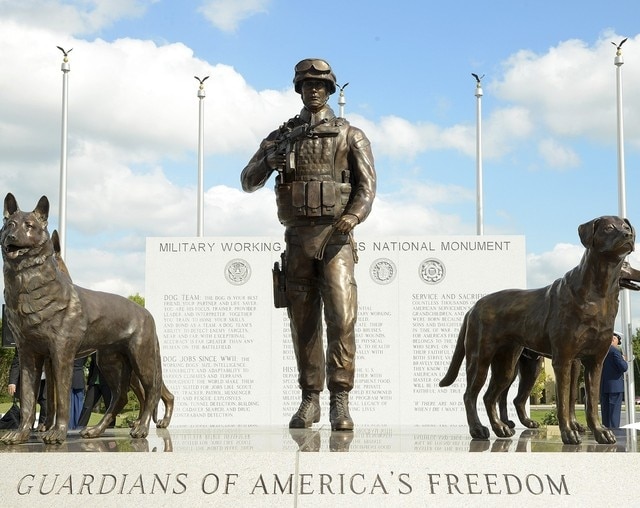 It is said that dog is “man’s best friend” and in the case of combat canines, the animals provide much more than just friendship. Recognizing the importance combat dogs have played throughout military history, the first national monument in their honor has been erected.

The bronze statue, located in San Antonio at the Lackland Air Force Base, stands 9-feet tall and portrays the four major breeds that have been utilized in service across all branches of the military over the last 55 years: Doberman Pinscher, German Shepherd, Labrador Retriever and Belgian Malinois, Reuters reported. 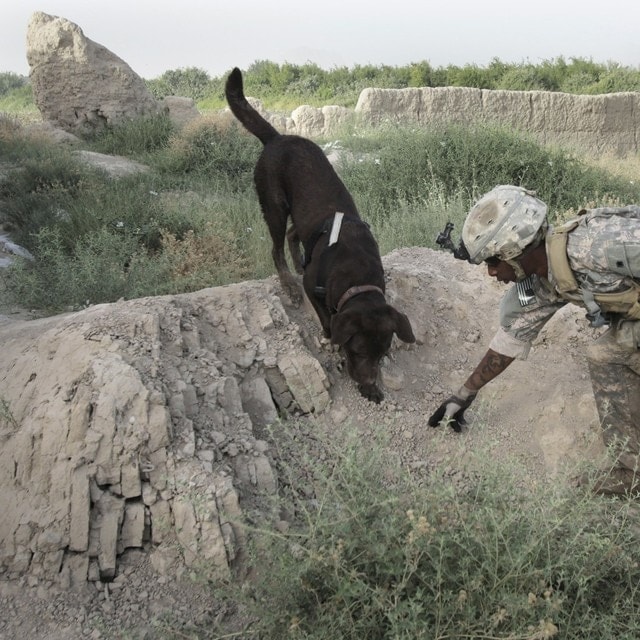 Service dogs have played an important war throughout military history, having been used to detect bombs and act as trackers.

John Burman, a dog handler during the Vietnam War, helped raise the private funds for the monument and said the idea of honoring the canines came to him after officials separated service dogs from their handlers when the warriors returned from Vietnam, forcing the animals to stay behind.

He said of the animals, “They were heroes, and they were left to die. … Dog unites are worth a million dollars for everything they do. … You can’t say enough, you can’t give enough accolades to them.”

Over the years, canines have worked as trackers and scouts during the Vietnam and Korean Wars, and in Iraq and Afghanistan as sniffer dogs.