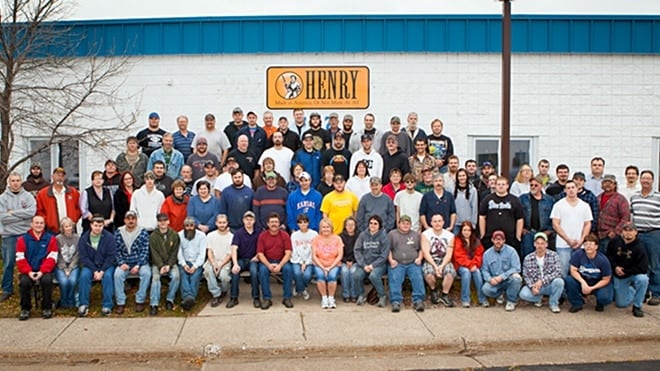 Henry Repeating Arms has re-invested in machinery and equipment to begin the manufacture of centerfire rifles in Rice Lake, Wisconsin.

Anthony Imperato, president of Henry Repeating Arms said in a press release, “I am proud of what we’ve accomplished in Wisconsin by saving jobs, adding jobs and creating a state-of-the-art manufacturing facility. I decided to expand our operations here because of the outstanding job our employees do to help us meet increased demand.”

With current demand for guns exceeding the capacity of American manufacturers in the U.S., many gun companies have found that they have to expand to keep up with the realities of the commercial gun market today. As long as sales remain strong, gun makers are finding it particularly easy to finance expansion, especially with many states providing incentives for expansion and relocation.

Henry Repeating Arms has been operating in Wisconsin since 2006 at their 138,000 square-foot Rice Lake facility. Henry has steadily increased the number of employees there from 17 to over 100 and continues to hire as they grow. The two plants combined now employ over 300 people. 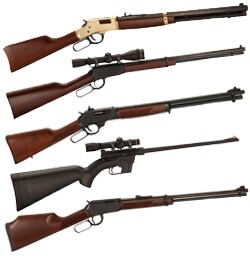 It is at Rice Lake that Henry made parts to supply their main plant in Bayonne, New Jersey. Starting in 2014, Henry will manufacture complete centerfire rifles in Wisconsin, expanding their capacity to satisfy gun orders.

Henry recently had to shutter their plant for six weeks following Hurricane Sandy, which caused significant damage to their 153-year-old factory in Bayonne.

In their first month of production following the repairs — which were in the hundreds of thousands of dollars — Henry set a record for manufacturing the most guns in a four-week span of 27,675 rifles. Even with the downtime the company expects to make and ship well over 300,000 guns this year.

“Henry’s goal is always to manufacture a line of classic, well-crafted firearms that every enthusiast can afford,” said Andy Wickstrom, general manager. “The passion, expertise, and dedication of our employees in Rice Lake embody the company’s motto, ‘Made In America Or Not Made At All.’ We are very proud to make Wisconsin a more integral part of the Henry Family.”

For more about Henry and their guns, head over to the company’s website.