An Arizona man fatally shot four neighbors and two dogs before turning a gun on himself after months of incessant dog barking. 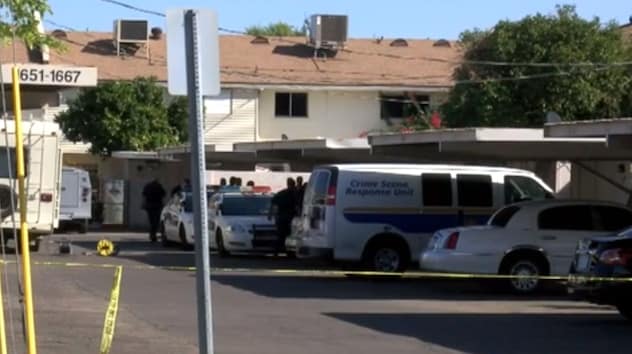 Four Arizona residents were fatally shot after their neighbor snapped from the noise of barking dogs.

Michael Guzzo was vexed by barking dogs for months. He tried to make the noise stop, having gone so far as to post fliers to his Phoenix townhome neighbors’ doors reminding them of city pet ordinances. As time progressed and the dogs continued to bark, Guzzo became increasingly agitated, until last Saturday he snapped, killing four of his neighbors and two of their dogs with a shotgun before taking his own life with the same weapon, Yahoo News reported.

However, the tragedy doesn’t come as a surprise to Guzzo’s ex-wife, a behavioral health nurse who requested to remain anonymous. She claimed she always believed her former husband was destined to do something terrible.

“You just knew it was coming. Something. I said, ‘Mike, something bad’s gonna happen. You can’t get a handle on that,’” she told ABC 15.

She went on to say that from a behavioral health standpoint, Guzzo grew perpetually sicker the older he became, believing him to have been plagued by some form of mental illness.

Police stated Guzzo may have been set off by the barking Saturday, leading to his violent rampage that left a family of four and their two dogs dead. Investigators said Guzzo fired into at least one other residence before killing himself. 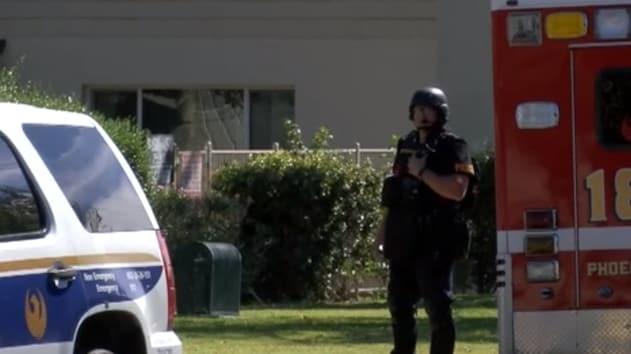 Police said Guzzo fired into at least one other residence before finally turning the shotgun on himself.

Though Guzzo’s motive perished with him, family members of the victims feel certain the man was seeking retribution for the dogs, saying he became increasingly upset with the noise in the complex.

The victims were identified as Bruce Moore, 66; his daughter, Renee Moore, 36; her husband, Michael Moore, 42; and Renee’s son, Shannon Moore, 17.