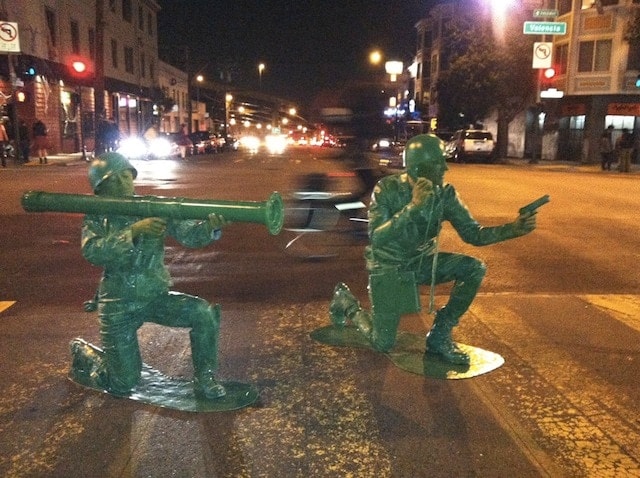 One San Francisco couple chose to take their Halloween costumes ‘old school,’ throwin’ it back to the days of little, green Army men toys.

With a few pieces of sewer pipe, an old telephone, some cardboard, and a heck of a lot of green spray paint, the spooky green pair looked pretty much like life size versions of the childhood toys, The Blaze reported.

“(Girlfriend) and I decided to be homemade army men for Halloween this year,” Reddit user britishracinggreen posted online. “Bazooka Girl and Telephone Guy. Her bazooka was made out of simple sewer pipe, and my telephone was made from a recycled Clarisonic box I found in the trash.”

The suits took nearly six cans of green spray paint on top of eight cans of primer. The massive amount of paint gave the suits a shiny plastic quality, but made the material so stiff they actually hurt to wear. But for the sake of Halloween and the residents of San Francisco, the couple endured.

“We posed for a bunch of people, in front of the train, inside the train, on [the San Francisco Municipal Railway], as the … train rolled in, etc,” the Reddit user wrote. “It was completely fun and everyone loved it when we would strike a pose. It was fun chatting it up with people from all over.”

But it wasn’t just train passengers that wanted a picture, even the transit workers put in a request. By the end of the night several San Francisco police officers had pulled over to get a picture too. 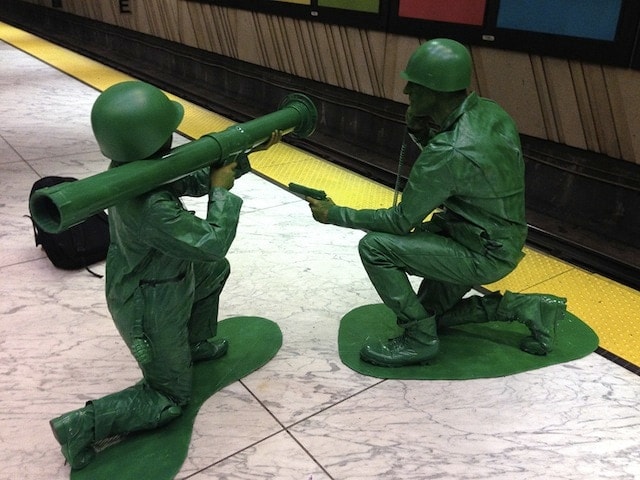 They posed all over San Francisco, including inside the train stations. 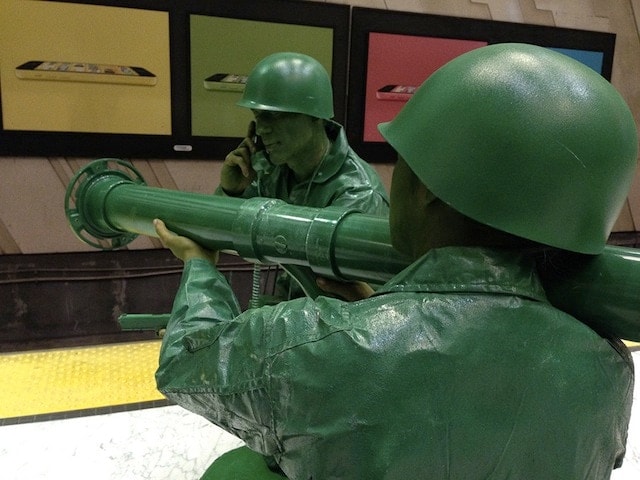 The costumes took dozens of cans of spray paint and became so stiff they were uncomfortable to wear. 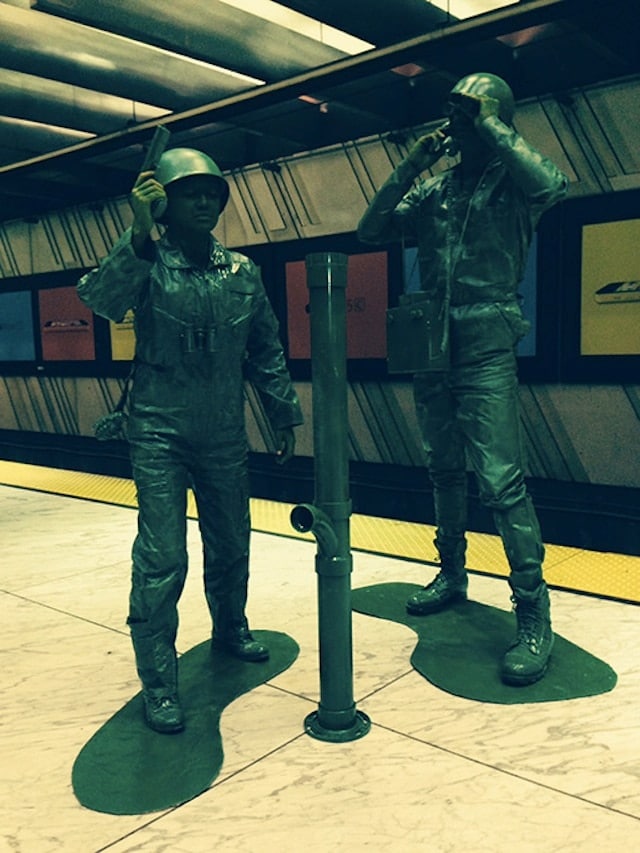 The platforms they stood on were pieces of cut out cardboard spray painted with green paint. 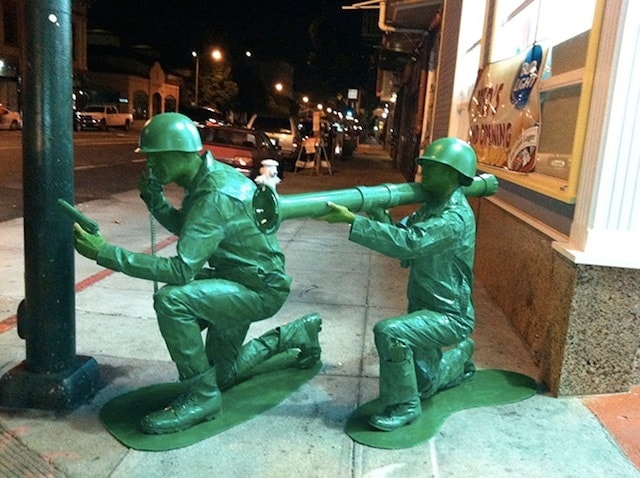 Many people asked to have their picture taken with the pair, including police officers. 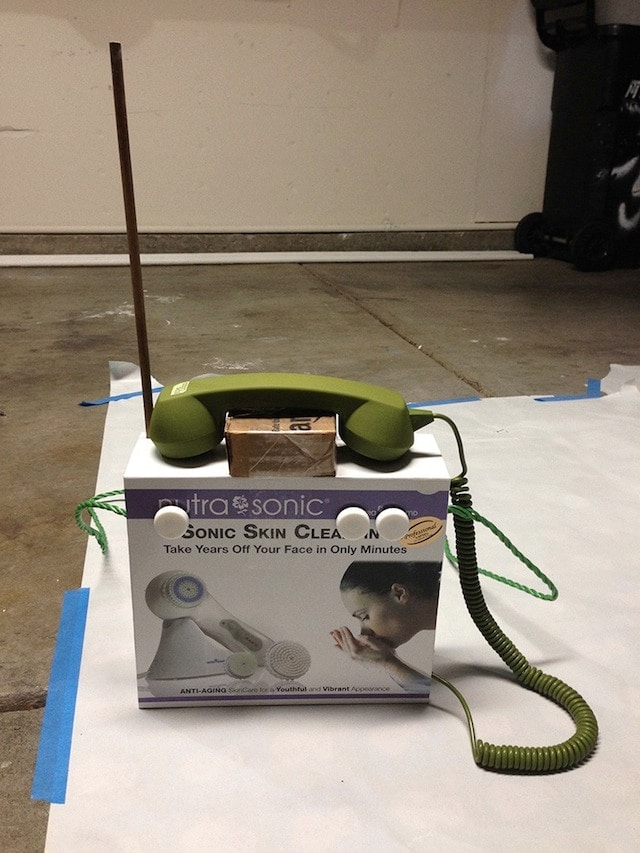 The telephone box was made from an old phone and a box. Again, spray painted with lots of green paint. 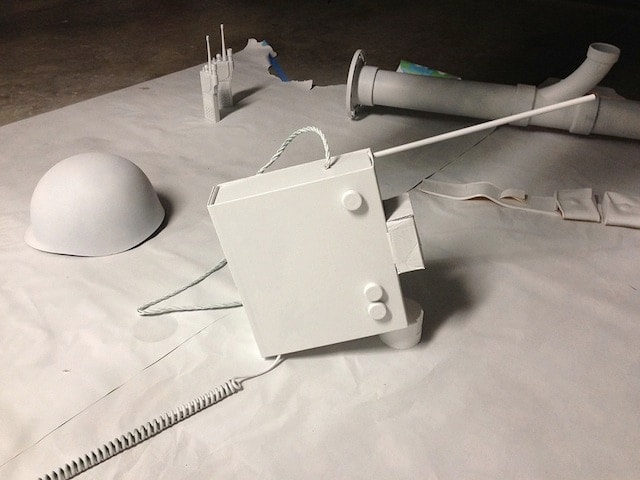 Before applying the green spray paint, the couple used several coats of primer. 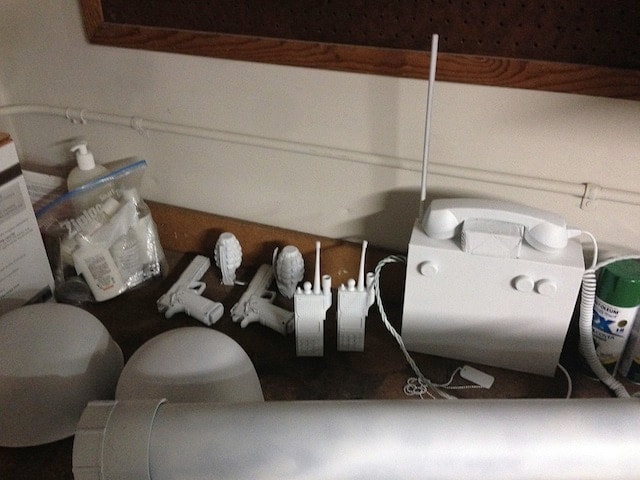 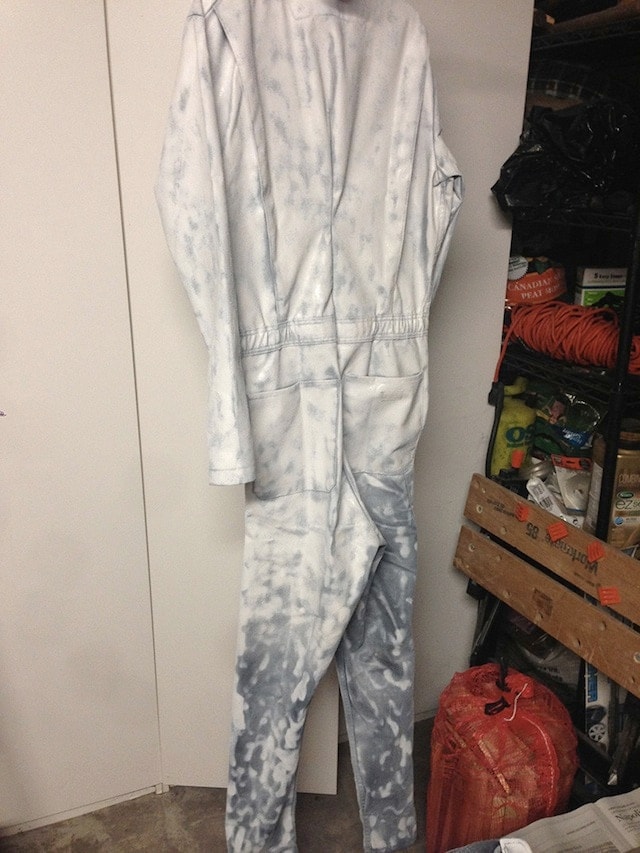 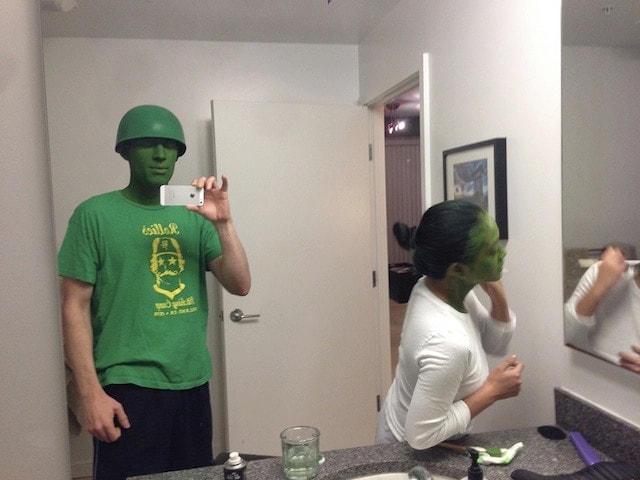 The couple adds the finishing touches to their faces and hands.