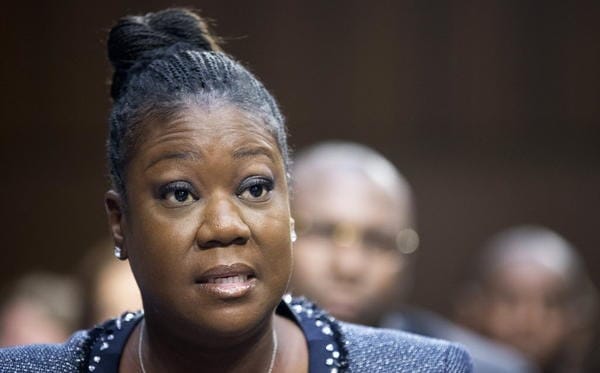 Sybrina Fulton, mother of 17-year-old Trayvon Martin, testified in front of a Senate panel against Stand Your Ground laws.

A Senate subcommittee led by Sen. Dick Durbin (D-IL) held a hearing on controversial ‘Stand Your Ground’ laws, state laws that remove one’s “duty to retreat” and allow one to use force, including deadly force, in a public place if one reasonably fears for his/her life.

In his opening remarks, Durbin expressed a need for the 22 states that have passed these expanded self-defense laws to “carefully reconsider” them over fears that they endanger public safety.

“Whatever the motivations were behind the passage of these laws, it is clear that these laws often go too far in encouraging confrontations to escalate into deadly violence,” Durbin said at the hearing. “They are resulting in unnecessary tragedies and they are diminishing accountability under the justice system.”

Sybrina Fulton, the mother of Trayvon Martin, the unarmed Florida teen who was fatally shot during a physical altercation with neighborhood watch volunteer George Zimmerman, testified at the hearing. She argued that the law needs to be changed.

“[Trayvon] was simply going to get a drink and some candy. That tells me right there his mentality. That tells me that he was not going to get cigarettes or bullets or condoms or other items of that nature,” she told the Senate Judiciary Committee. “Trayvon was minding his own business.”

“So I just wanted to come here to talk to you for a moment to let you know how important it is that we amend this stand-your-ground because it did not work in my case,” she continued.  “The person that shot and killed my son is walking the streets today and this law does not work. We need to seriously take a look at this law.”

Earlier this year, Zimmerman was acquitted of Second Degree murder charges relating to the shooting death of Martin. While his legal team did not explicitly invoke Florida’s SYG law during the trial, a copy of the law was provided to the jury when it deliberated. Lucia Holman McBath also argued that these laws need to be revised. Her son, 17-year-old Jordan Russell Davis was shot and killed a year ago when 46-year-old Michael David Dunn opened fire on Davis and his friends who were listening to music in a Dodge Durango. Dunn complained that the music was too loud and told police that he thought one of the teenagers had a firearm when he confronted the group.

Police never found a firearm in the Durango, according to the Florida Times-Union.

“That man was empowered by the ‘stand your ground’ statute,” McBath said. “I am here to tell you there was no ground to stand. There was no threat. No one was trying to invade his home, his vehicle, nor threatened him or his family.”

McBath said that she feared the “very real possibility that my son’s killer will walk free, hiding behind a statute that lets people claim a threat where there was none.”

“Even the Wild West had more stringent laws governing the taking of life than we have now. Stand-your-ground defies all reason. It goes against the sound system of justice established long ago on this very hill,” she said.

In speaking before the panel, Cruz said that Congress was overstepping its bounds by meddling with state self-defense laws that are the “bedrock of liberty of every American.”

Cruz also criticized the Obama administration for failing to aggressively prosecute gun crime, something he’s done in the past.

Durbin conceded that the Senate hearing was not going to lead to any action by Congress. Nevertheless, he and several other Democratic lawmakers believed that it was important to have a discussion geared toward urging states to review the law.

What are your thoughts? Should states attempt to clarify, revise or repeal their respective SYG laws?