Four men have been arrested in connection with the theft of dozens of ARs from a gun distributor in Shreveport, Louisiana, but none of the guns have been recovered yet.

One of the men was a contract security guard on duty when the shipment of Colt AR-15 rifles arrived at the Con-way Freight facility on Oct. 12. He and three other men allegedly lifted a pallet containing 63 rifles, according to a statement by the Caddo Sheriff’s Office.

Two days later, company officials discovered the pallet missing. After an internal investigation failed to locate the missing pallet, company officials contacted the sheriff’s office, who has been working in cooperation with the ATF from the start.

Authorities arrested the security guard, Cameron Johnson, 21, after interviewing him. They charged him with theft of a firearm.

Shortly after, authorities also arrested 22-year-old Luther M. Williams and charged him with theft of a firearm.

Shreveport Police later picked up and arrested James D. Minor, 44, on drug and traffic charges. Caddo Sheriff’s detectives and ATF agents interviewed him and then he too was charged with theft of a firearm.

A couple days later on Oct. 17, the sheriff’s office, ATF agents and the sheriff’s Special Response Team raided 31-year-old David McNeil’s home and found a 65-inch TV that was stolen from the facility on the same day as the rifles, but they didn’t find any guns. However, McNeil was arrested and charged with illegal possession of stolen things.

The Colt rifles are semi-automatic law enforcement carbines chambered in 5.56mm and valued at $800 each. They have a black finish and a 16-inch barrel. 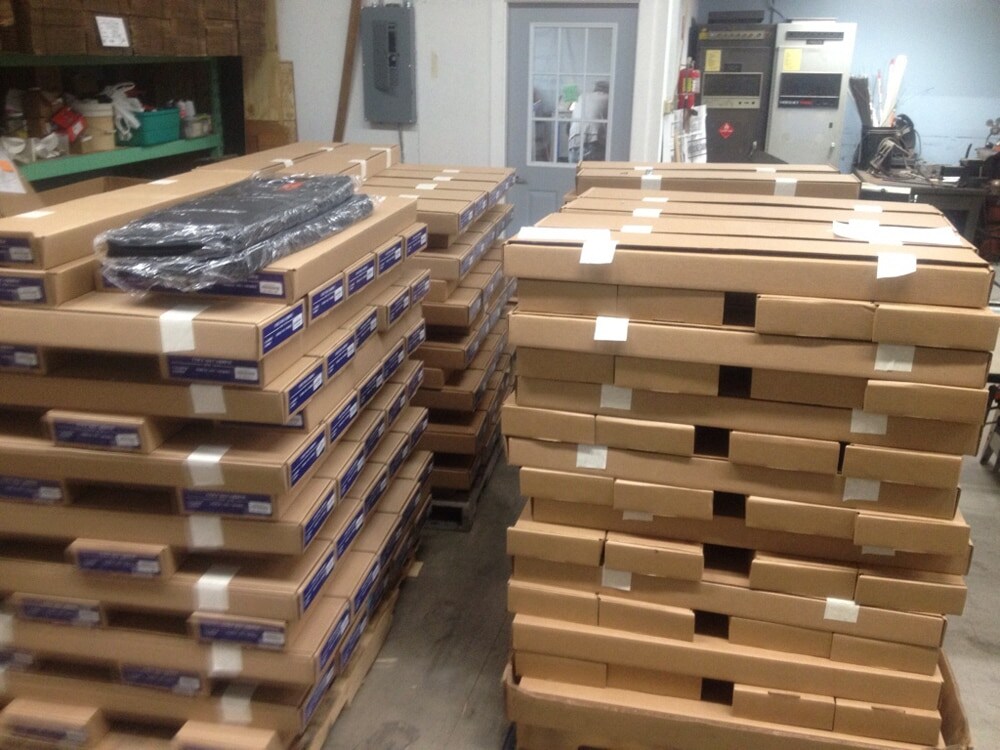 This is what a pallet of Colt AR rifles looks like. Very organized. (Photo credit: AR15.com)

Although the guns have not been recovered yet, authorities are fairly certain the rifles are still in the area.

“We’ve been in contact with Interpol, and we’ve made them aware,” ATF Agent Wade Rasberry told CBS News. “There isn’t an active (international) investigation because there is nothing to say that the guns are outside the border.”

Rasberry added that the incident has no known connection to terrorism.

While the investigation continues, Caddo Sheriff’s Lt. Bill Rehak said it is possible that someone may have purchased one of the rifles, unaware that it was stolen.

He asks, “Anyone recently acquiring this type of weapon from anyone other than an authorized or legitimate dealer is encouraged to contact the sheriff’s office.”

Information in this case should be forwarded to Lt. Rehak or Detective Russell Hicks with the Caddo Parish Sheriff’s Office at 675-2170 or Crime Stoppers at 673-7373.