Navy’s new super stealth destroyer is the assassin of sea 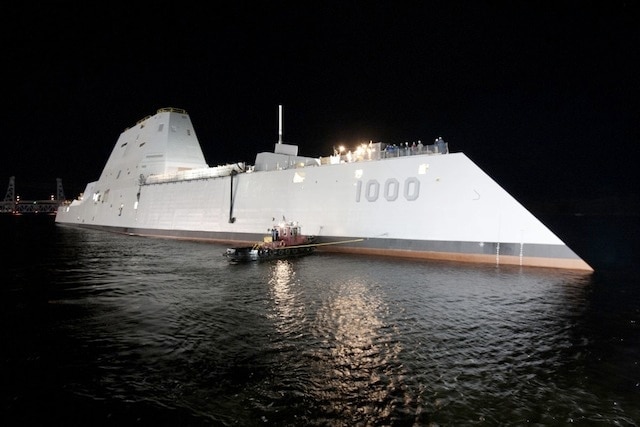 The Zumwalt drifted silently out of dry dock Monday night, finally getting its hull wet and readying for its service in 2014.

As if a testament to its purpose, the Navy’s stealthy Zumwalt destroyer, concealed by the cover of darkness, slipped silently out of dry dock and into the Kennebec River in Bath, Maine, Monday night. There was no celebration, only business. 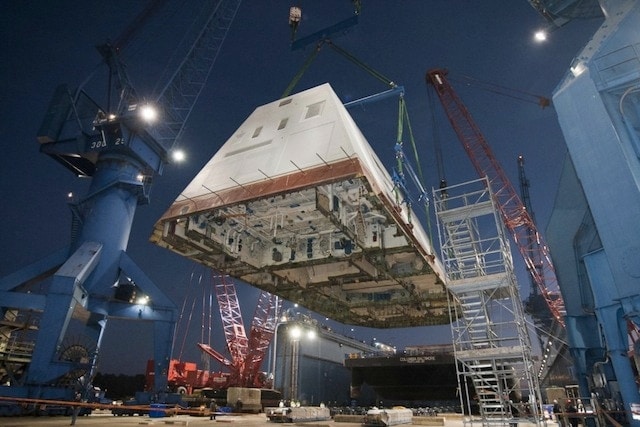 The Zumwalt DDG-1000 Guided Missile Destroyer is the Navy’s largest destroyer to date at 610 feet in length, surpassing its predecessors by a full 100 feet. It’s not the size, however, that makes the Zumwalt unique, but that it houses a floating Linux-based data center that makes Star Trek’s USS Enterprise’s bridge pale in comparison, an all-electric drive system that baulks at a Prius and allows the ship to glide quietly through the waters, composite radar-absorbing armor, and of course an assortment of Tony Stark worthy weaponry, Business Insider reported.

The Zumwalt means business, that much is obvious. Built by General Dynamics, this behemoth was intended to be a “stealth destroyer,” despite its size. The “tumblehome” hull helps to avoid radar detection, while the composite armor absorbs it.

According to the Navy’s press release, “The shape of the superstructure and the arrangement of its antennas significantly reduces the ship’s radar cross section, making the ship less visible to enemy radar at sea.” 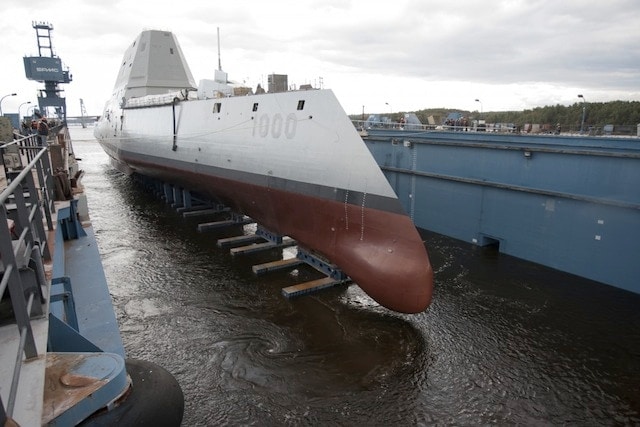 The hull shape allows the DDG-1000 to pierce noiselessly through the waves, while the material absorbs enemy radar.

Designed for shore bombardment, the Zumwalt’s weapons were specifically chosen for land attacks and close-to-coast engagements. BAE Systems Land and Armaments developed the ship’s 155mm Advanced Gun System, or AGS, that fires rocket-propelled warheads capable of reaching out to 100 miles, and are claimed to be more than three times more effective than traditional 5-inch cannon rounds, according to SF Gate.

But the muscle doesn’t stop there. The ship also boasts a power plant capable of pumping out a whopping 78 megawatts, enough power for a bonafide magnetic rail gun to hurl a chunk of depleted uranium at seven times the speed of sound, and almost enough juice for Doc to get Back to the Future.

The Zumwalt is projected to be fully functional and patrolling the seas by 2014. While the ship’s official moniker is the DDG-1000, given its incredible array of weaponry, what they should have called it is the BFG-9000. 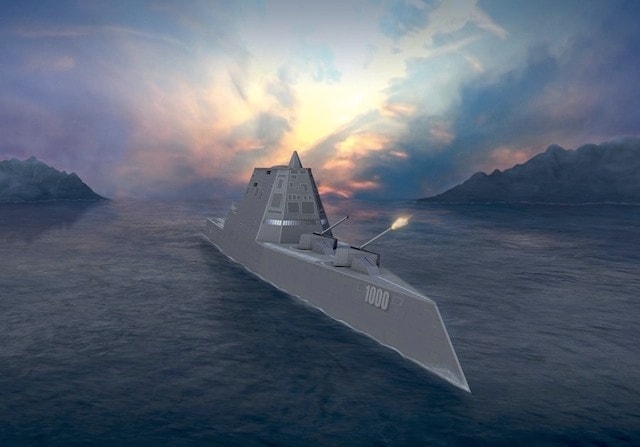 The 155mm Advanced Gun System fires missiles up to 100 miles away. 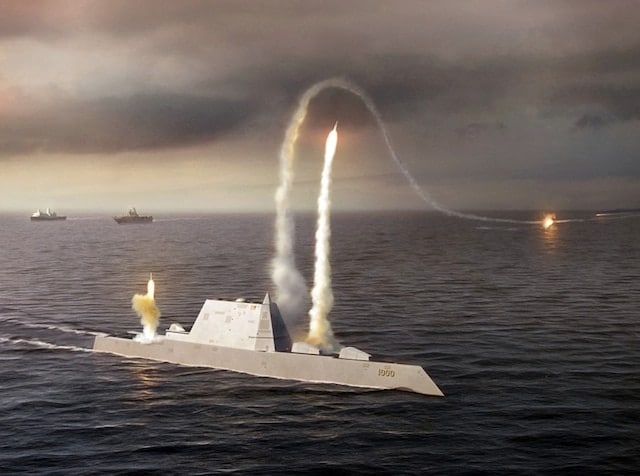 The Peripheral Vertical Launch System consists of 20 four-cell PVLS pods around the entire perimeter of the deck.