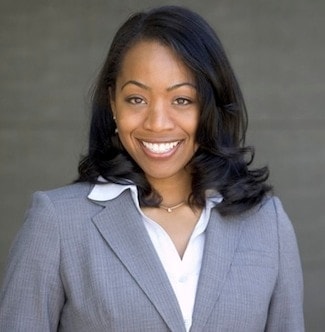 The San Francisco Board of Supervisors unanimously approved an ordinance that places a confiscatory ban on magazines that hold more than 10 rounds of ammo on Oct. 29.

Those who are in possession of the high-capacity magazines or high-capacity ammunition feeding devices will have 90 days to turn them over to police, sell them out-of-state or render them permanently inoperable. Failure to do so will result in misdemeanor charges.

In 2000, the state legislature placed a ban on the sale, transport, import or purchase of magazines capable of holding more than 10 rounds, but gun owners who purchased 10-plus round magazines before the enactment of the state ban were grandfathered in.

For residents of San Francisco, that no longer holds true unless you qualify for the exemption, i.e. you’re a law enforcement officer, an armored car driver, a museum curator or a Hollywood movie/television producer (these magazines can be “used as props”), according to the law.

Aside from putting a retroactive ban on 10-plus round magazines, the bill requires gun dealers to inform customers of local laws, establishes the presumption that an owner who has not reported a firearm lost or stolen remains in possession of the firearm, and prohibits minors from entering shooting ranges unless they are accompanied by a parent or guardian, the SF Chronicle reports.

Cohen is a staunch pro-gun control proponent. She has penned other ordinances that limit gun rights for San Francisco citizens, including one that banned hollow-point bullets and requires the police to be notified if one purchases a large amount of ammunition. The board approved this measure earlier this year.

With tougher gun laws in place, she hopes to now focus on ways to keep guns out of the hands of the mentally ill, which she acknowledged is the root cause of mass shootings like the one at Sandy Hook Elementary School in Newtown, Connecticut.

“Banning assault rifles only scratches the surface,” she said. “We need to … be better at addressing mental health concerns if we really want to solve the problem.”

The confiscatory magazine ban was co-sponsored by Supervisors David Chiu, David Campos, Norman Yee and Eric Mar. Given the overwhelming support for the measure, San Francisco Mayor Ed Lee is expected to sign it into law.

In response to this latest push for gun control, the National Rifle Association wrote an open letter arguing against the effort.

“Banning ammunition magazines holding 10 or more rounds … plainly conflicts with the Second Amendment,” the NRA stated in a press release.

“The U.S. Supreme Court recently made clear, firearms and accessories ‘typically possessed by law-abiding citizens for lawful purposes’ or those ‘in common use’ are protected by the Constitution and cannot be flatly banned,” the gun lobby argues and added that it’s California legal team is prepared to file a lawsuit to prevent the new law from taking effect and have it declared unconstitutional.

The movement to strengthen gun control laws at the municipal level has taken hold in California because many gun control advocates are dissatisfied with Gov. Jerry Brown, who vetoed seven stringent gun measures earlier this month, while signing 11 into law.  Given that the state has no preemption laws with respect to firearms, cities are free to pass whatever gun laws they’d like to and gun control advocates are taking advantage of this.  Not only in San Francisco, but in Sunnyvale, where a similar gun control measure is on the Nov. 5 ballot.