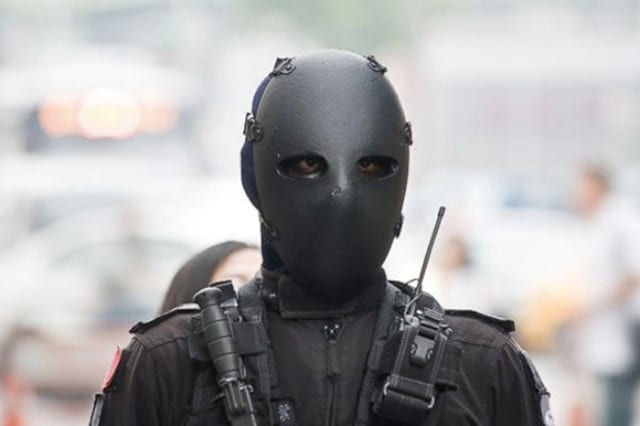 The Taiwanese Special Forces along with a handful of other military units received a new batch of bulletproof armor, including a menacing looking ballistic facemask.

According to Rocket News, the masks are rated to stop rounds from a .44 magnum at close range, though the wearers may find themselves in a bit of discomfort if such an event were to occur.

An army of approaching warriors sporting these ominous looking masks is likely to strike fear into even the most hardened of criminals. That combined with the fact they are heavily armed should make the bad guys think twice about resisting.

If you find yourself pining after one of these ballistic face shields, check out securityprousa.com.

Here’s a video of the mask being tested. 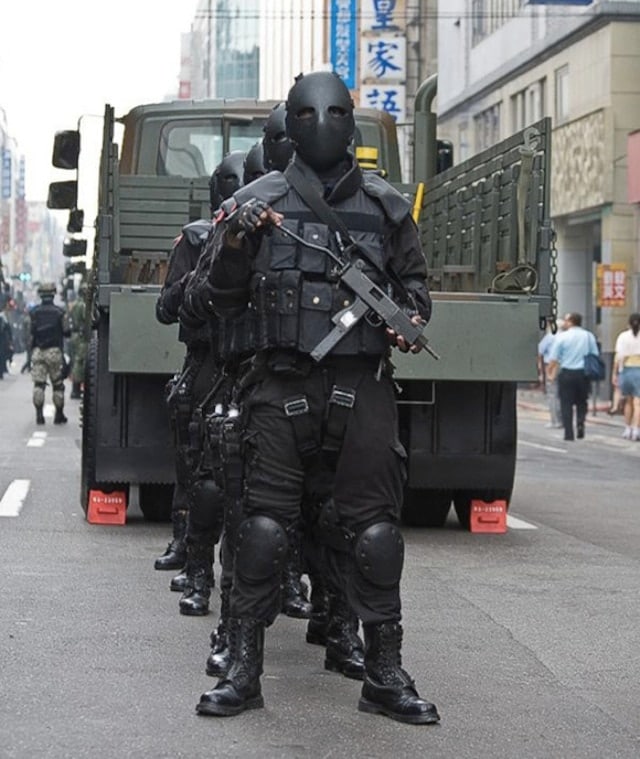 No comment was made if underneath the masks lies a clone army. 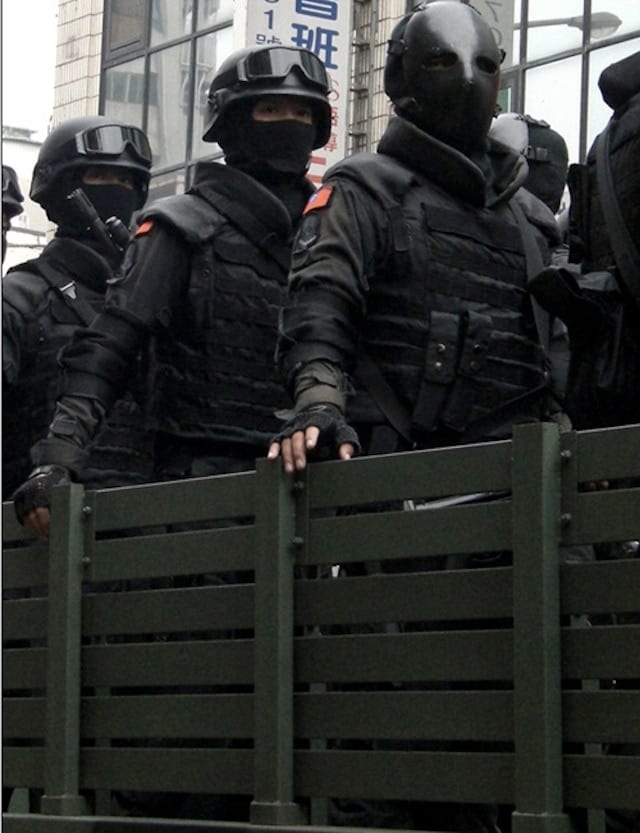 Though the masks are rated up to a .44 magnum, being struck by a bullet in the face is still going to hurt. 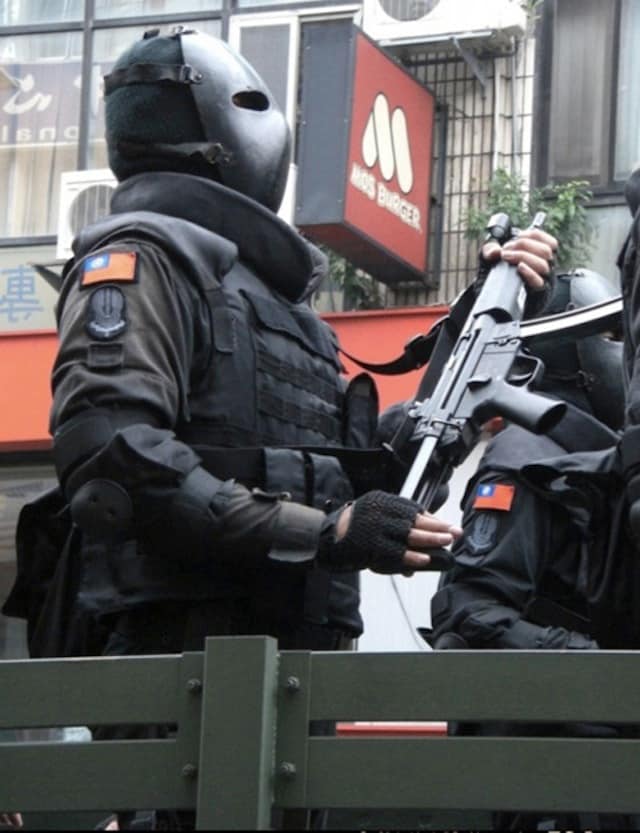 While providing ballistic protection, the masks also strike fear into the heart of their enemies. 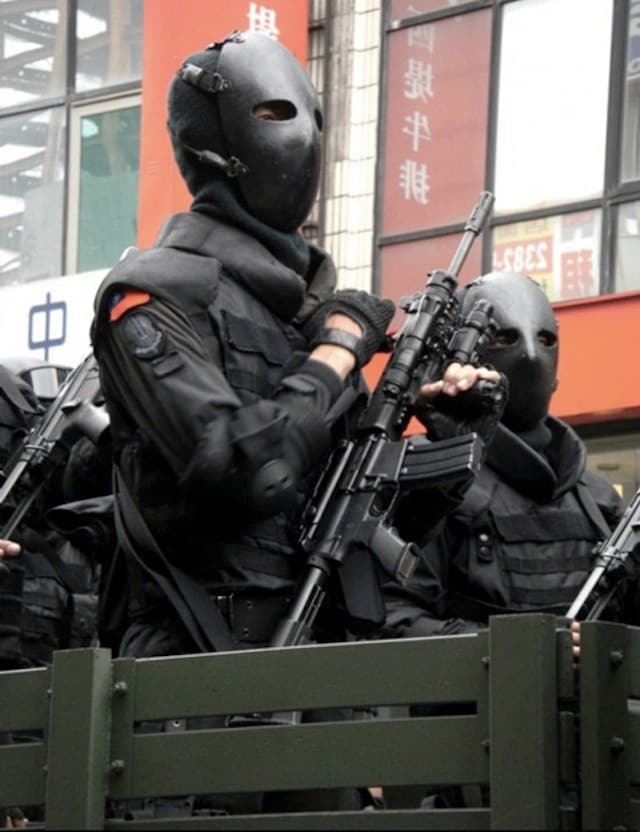 No comment was made on if the idea was adopted after leadership saw the Immortals from 300. 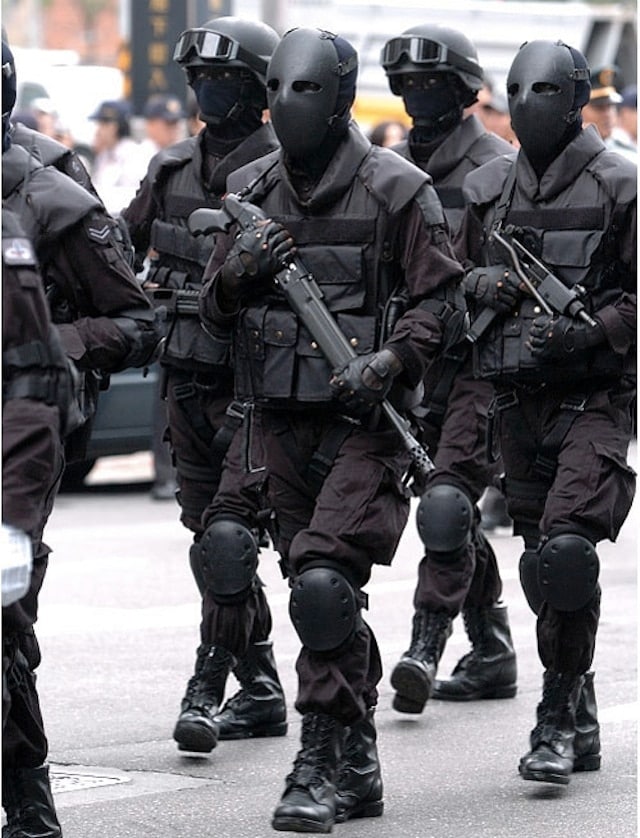 Carrying a variety of weaponry, these soldier are ready to tackle any task at hand. 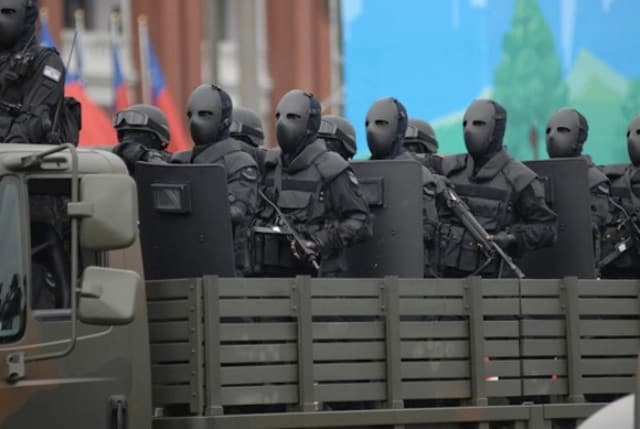 Dropping off a truck load of these soldiers is going to turn the tide of any battle.