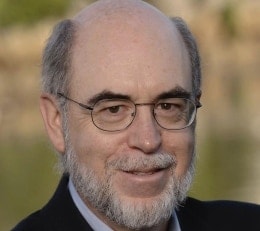 Sen. David Watters, who also works at the University of New Hampshire as an English Professor.

Mostly everyone agrees that keeping guns out of the hands of the mentally ill, specifically those who pose a danger to themselves or others, is a priority if we are to make strides at reducing gun-related suicides and preventing mass shootings.

The question then becomes are there laws that a government can enact that will function to keep guns out of the wrong hands while also preserving the rights of law-abiding gun owners?

The New Hampshire Legislature will debate this question among many others concerning various gun measures in 2014. Of the 14 bills that will be discussed in the state House and Senate this coming year, two have garnered early bipartisan support because they both focus on mental health.

Sen. David Watters (D-Dover) is the sponsor of one of those bills, which would ensure that the names of people who are adjudicated “mentally defective” or who are involuntarily committed to a psychiatric facility or mental health hospital are added to the FBI’s National Criminal Background Check System, the point-of-sale system Federal Firearm Licensees or gun shop dealers use to determine whether a prospective buyer is eligible to own a firearm.

Watters’s bill has been endorsed by the National Shooting Sports Foundation, the firearms industry trade association, because it was inspired by their ‘Fix NICS’ initiative, a campaigned aimed at getting states to report to NICS all records that establish someone as prohibited from owning a firearm under current law.

“People can continue to talk about gun control, but in the grand scheme, if the wrong people are getting firearms, gun control will not solve the problem,” Jake McGuigan, the foundation’s director of state affairs, told the AP.

Watters bill seems to have the support of Democratic Gov. Maggie Hassan, whose office has been looking over the different proposals put forth.

“Our office has asked state agencies to evaluate and make recommendations for addressing New Hampshire-specific public safety challenges, and it is clear that one of the most pressing issues is that New Hampshire does not provide the background check system with information about individuals who should not be sold a firearm due to serious mental illness,” the governor’s spokesman Marc Goldberg said in a statement to the Concord Monitor. 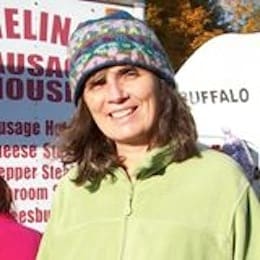 The other mental health bill, sponsored by State Rep. Wendy Piper (D-Enfield), that will be discussed is more controversial. It seeks to give law enforcement the authority to strip one of their right to keep and bear arms if they feel that person is a threat to themselves or others. However, before seizing a citizen’s firearms, authorities would have to ask a judge for permission.

According to the bill, a gun owner would be entitled to a hearing in which he/she could make the case before the judge on why his/her guns should be returned. That hearing would be required to take place within 14 days following the seizure of the firearms. If the individual fails to convince the judge that he/she is not a threat to himself/herself or others, the removal order would be good for one year.

“We can pass all kinds of gun legislation, but we really need some tools to keep guns out of their hands while they’re dealing with this short term,” said Enfield Police Chief Richard Crate, who backs the measure.

Though, the confiscatory nature of the bill certainly raises some eyebrows within the pro-gun community. Former state Sen. Robert Clegg, who now head Pro-Gun New Hampshire, said that the bill, if passed into law, should not put a permanent stamp on the individual, noting that one’s struggles with mental illness may be temporary or overblown in the eyes of law enforcement.

“That should not be reason for a police chief to deny a person their right (to a handgun permit) for the rest of their life. That attitude is why people don’t seek help,” he told the AP in an email.

Overall, New Hampshire tends to lean pro-gun when compared to the rest of New England (it passed it’s own version of the “Stand Your Ground” self-defense law). It’ll be interesting to see what, if any, bills the Legislature approves.