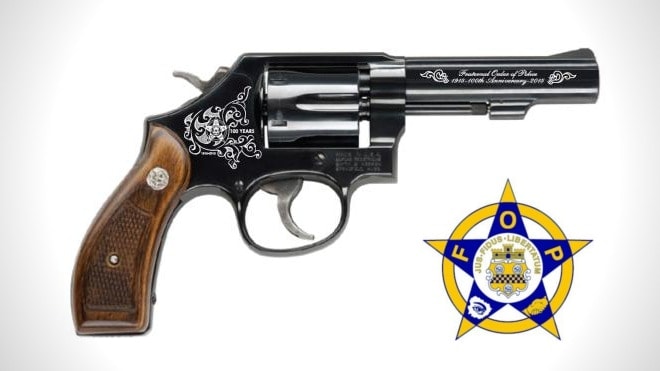 While most law enforcement agencies have retired their service revolvers for more modern duty pistols, the revolver still holds true as a symbol of the police. In use with police departments for over a century, the S&W Model 10 was one of the most widely-issued revolvers ever made and is still in limited service around the world to this day.

Because of that it’s not surprising that Quantico Tactical selected the Model 10 to observe the Fraternal Order of Police’s centennial. This particular revolver and the police have worked hand-in-hand for decades.

The limited edition is a simple blue Model 10 with a four-inch barrel, identical to the hundreds of thousands if not millions of Model 10s carried by officers everywhere, with the addition of an embellished Fraternal Order of Police emblem on the side plate and a note on the barrel celebrating the anniversary. 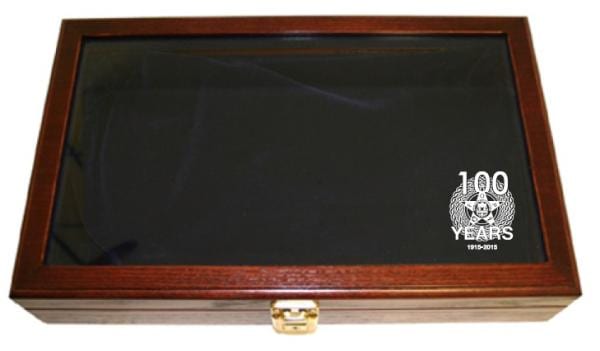 It’s a simple approach that makes this commemorative edition revolver approachable by all civil servants. Quantico Tactica’s light touch keeps the price down to $695. They are also offering an etched glass display case for $130 separately. Price includes delivery.

Of course this particular handgun is limited to members of the Fraternal Order of Police and their families, interested buyers have to prove their association, but Quantico Tactical will make as many of these revolvers as they are requested; they are not setting a limit on the number they’ll make.

Quantico Tactical will be accepting orders for the commemorative revolvers through 2015, and will take final orders at the Fraternal Order of Police Centennial Convention in Pittsburgh, August 8-13 2015, ensuring that all officers interested in one of these revolvers will get the chance.

In all other ways the gun is a humble Model 10. It’s a six-shot .38 Special rated for +P ammunition. It has fixed sights, a blade up front and a groove in back, a semi-exposed hand ejector and narrow checkered wood grips with an inset Smith & Wesson medallion.

Overall it measures in at just under nine inches long and weighs 36 ounces. It is a Custom Shop gun so it should have a very respectable action and smooth trigger pull. Quantico Tactical worked with Smith & Wesson to create a new set of serial numbers for this limited run, ensuring that they will forever be known as Fraternal Order of Police guns.

If you’re interested in getting one of these for yourself or for a family member, head over to the Quantico Tactical Fraternal Order of Police Limited Edition Commemorative S&W Model 10 product page.