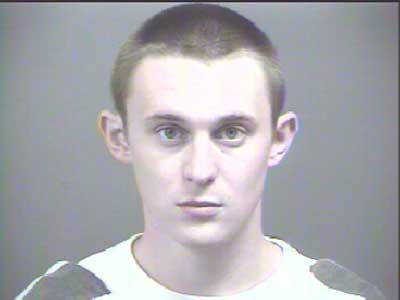 A May 2013 mug shot of Steven Cash, 21, who was shot during the incident at the jewelry store. (Photo credit: Blount County Sheriff’s Office)

An attempt to rob a jewelry store in Alcoa, Tennessee Wednesday afternoon didn’t go as planned when the store owner, though confined to a wheelchair, fought back by pulling out his pistol.

“They were just talking about jewelry. He had some questions about some jewelry, and that’s kind of what the interaction was between the store owner and the second subject. And during that conversation is when the other subject, the first one, came in and did his thing,” Alcoa Police Detective Kris Sanders said.

Apparently, while Echols was still talking with the owner, Cash came out of the restroom wearing a hoodie and a mask. He then jumped over the counter and went into the office where he started putting money into a bag.

But when Cash attempted to leave the store with the man’s money, Malone instructed him to stop. Cash kept going, so Malone then shot him, striking him once in the stomach. Malone then told Echols to stay put as he trained his gun on him and Echols willingly complied. 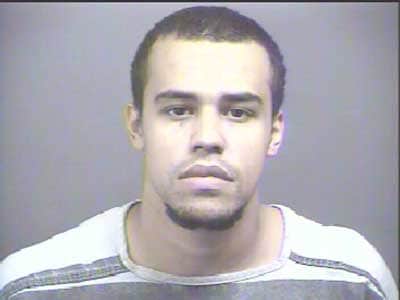 Without giving any additional details, Sanders said of Malone with a chuckle, “He did a very good job detaining both individuals until we got there.”

“Everybody has a gun permit nowadays,” Sanders added. “So, I don’t think it’s safe to assume you’re going to go into a business where there’s not a weapon.”

Owner of the sports bar located next door, Bobby Love, said that he’s known Malone for several years. He said the man is a great neighbor, but he was shocked to hear about the shooting. Yet at the same time, Love said, “He has a wife and kids that he wants to make it home to.”

He added, “Why would someone try to rob somebody at all? Let alone somebody in a wheelchair. I think he was just defending himself.”

Malone’s daughter, Meagan, who was working in the store with her dad just an hour before the robbery attempt, was also shocked to hear that her father had shot someone.

“My dad is like the nicest man. He wouldn’t hurt a fly and to know he actually knew he was in a situation where he had to, he’s in a wheelchair. That scares me,” she said in a still quivering voice.

Meagan said she’s just glad that her father is alive and unharmed.

“I just hugged him. I jumped on his lap and hugged him. I kept asking if he was okay. He was like, ‘Yeah, yeah, I’m okay,’” she told reporters.

Cash remains in the hospital in stable condition and will charged once released. Echols is being held at the county jail without bond.

No charges are expected to be filed against Malone.