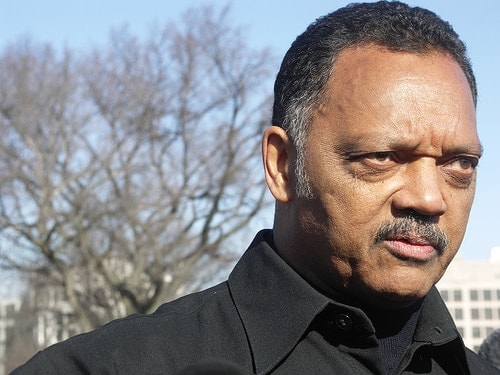 Civil rights activist Rev. Jesse Jackson has put his full weight behind a federal lawsuit challenging the constitutionality of Georgia’s ‘Stand Your Ground’ law, which removes one’s duty to retreat while allowing one to use force, including deadly force, in public places if the individual reasonably fears for his/her life.

At a rally in downtown Atlanta on Nov. 1, Jackson explained why he and his nonprofit organization, Rainbow Push Coalition, filed a federal lawsuit aimed at repealing the self-defense law.

“Our sense of justice is being surrendered to madness such as stand your ground laws,” the reverend said.

“The law must be a deterrent to murder. This law is virtually an incentive,” Jackson said, adding, “People are being killed and punished arbitrarily and the law should be consistent and not arbitrary.

More specifically, the lawsuit argues that the statute as currently written is vague and leads to interpretations of the law that unfairly and unevenly target African Americans.

“This new right allows individuals to respond to what they believe to be a threat with deadly force even where no deadly threat existed without the need to first attempt to escape,” the lawsuit stated. “The act does not define what actions, circumstances or conditions would constitute a ‘reasonable’ fear needed to trigger the use of deadly force.”

Along with the Jesse Jackson and the Rainbow Push Coalition, there are plaintiffs listed on the lawsuit that claim their family members were victims of the law’s lack of clarity.

Twenty-one-year-old Herman Smith’s family believes that he legally stood his ground after reasonably fearing for his life during a deadly confrontation with a man by the name of Cardarius Stegall in November 2012.

According accounts of the incident, Stegall brought a gun to a birthday party in Carroll County and began to threaten partygoers. He aggressively approached Smith and a friend and that’s when Smith pulled out his firearm and fatally shot Stegall. Smith was sentenced to life in prison even though he claimed protection under the state’s SYG law.

The family of James Christopher Johnson III is also listed on the lawsuit. Johnson, an African American, was killed by a white man, Adam Lee Edmondson, at a bar in March 2012. After a brief scuffle between the two men, Edmondson left the bar and returned with a firearm. He then fatally shot Johnson in the chest.

Attorneys for Edmondson argued that his actions were reasonable under SYG. A Coweta County jury agreed, acquitting Edmondson on murder charges.

“In Georgia, stand your ground applies only to certain people at certain times,” Robert Patillo, an attorney assisting with the repeal effort, told The Atlanta Journal-Constitution.

“In other states this is known as ‘Last Man Standing’ and that’s because the last man standing gets to testify at the trial,” he added.

Yet, gun rights activists believe that criticism of the law is overblown, especially considering that one’s right to self-defense is a fundamental right that was enshrined in the Constitution.

“They’re complaining about the statute passed in 2006,” John Monroe of GeorgiaCarry.Org told the newspaper. “It didn’t change anything. It codified the existing (common) law. The reason it was passed (in 2006) was out of concern that, at some point, a judge would change the common law and impose some kind of duty to retreat, which never existed in Georgia.”

“It’s not a matter of why we need it,” he continued. “We’ve always had it. That’s what this country was founded on.”

For the most part, Gov. Nathan Deal and Attorney General Sam Olens, both listed as defendants on the lawsuit, agree that the law is a settled matter.

“The governor has said in the past that he doesn’t see a need to revisit that issue through legislation and he has no impact over the court proceeding,” said the governor’s spokesman Brian Robinson to WSB-TV Atlanta.

The Rainbow Push Coalition is not the only group looking to roll back SYG laws, Mayors Against Illegal Guns, New York City Mayor Michael Bloomberg’s organization, has pledged to work as long as it takes until “shoot-first” laws are off the books in the 20-plus states that have passed them.

“Last year, I joined a broad coalition of civic leaders to shine a light on the impact of ‘shoot-first’ laws and work to eliminate them, in Florida and wherever they have been passed,” said Bloomberg in July. “We will continue that work – and the tragic death of Trayvon Martin, an unarmed child attempting to walk home from the store, will continue to drive our efforts.”