Wow, that’s a lot of neckbeard. I didn’t think the NRA had it in them to sponsor that kind of facial hair. The neckbeard belongs to Austin Weiss of the Garage and like his cars, trucks and bikes, likes his guns custom.

He’s the fifth NRA commentator joining Natalie Foster, Billy Johnson, Colion Noir and Dom Raso and in his first video strives to point out that many judge a gun by its appearance and not its function. I think it’s safe to say that many people would consider restricting AR-15 ownership but not Mini-14 ownership even though the rifles are functionally identical.

We’ll see how he shines in time. He’s a dog-lover. Meet Ruger the dog. 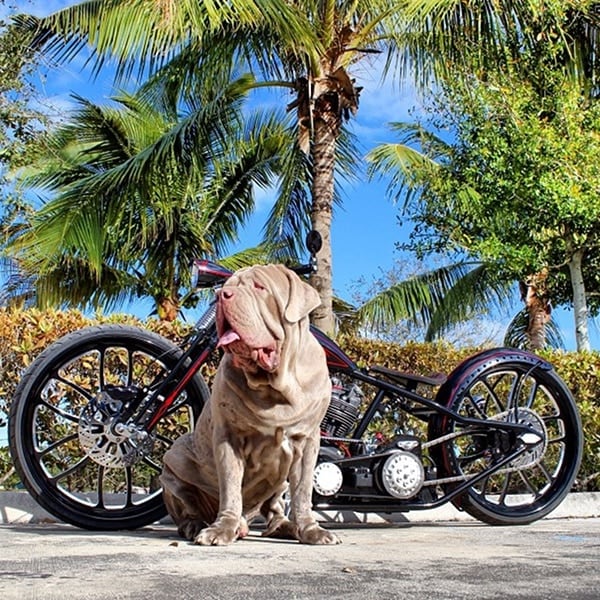 If you want to know more about the guy check out his Twitter feed.

Really been working alot with this @RedringSight I am very pleased with how it’s helped my cross eye dominance. pic.twitter.com/VqYtnQhov6

On the way to work.. #glock #benchmade pic.twitter.com/9SYguPLlEz

Love this @MillerWelders Arc stations has drawers for all sorts of tools. pic.twitter.com/a2bDIRZ8oG