A family hunting expedition for Sasquatch in Rogers County, Oklahoma, came up empty handed, but left one man shot in the back and landed three of his friends behind bars Saturday night.

As they crept through the woods under the veil of darkness, searching for the beastly creature of lore, 21-year-old Omar Pineda startled when heard a “barking noise.” He swung his firearm around and accidentally shot his friend, Joseph Smallie in the back, News On 6 reported. 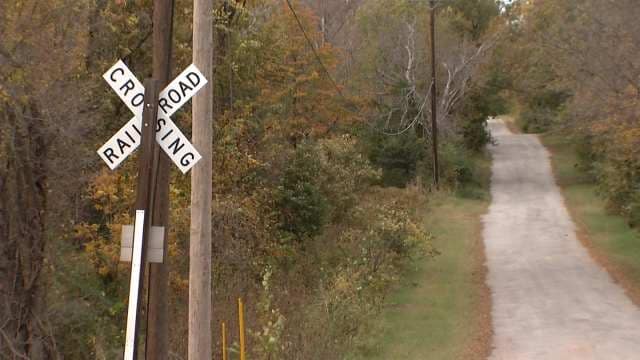 An Oklahoma family and friend believed that Sasquatch could have very well been lurking somewhere down this road.

The group of hunters rushed Smallie to a nearby QuickTrip gas station before the injured man was finally taken to an area hospital to be treated. But when Pineda and his 53-year-old father-in-law Perry Don James and 22-year-old wife Lacey Jane Pineda all told Rogers County deputies conflicting stories of what happened, they quickly found themselves out of the woods, but not out of trouble.

“If [they] had just been factual, upfront and truthful with us and explained that this was truly an accident, as strange as it might sound, we would have went ahead and investigated and probably nobody would have [gone] to jail,” Rogers County Sheriff Scott Walden said.

But the family was anything but upfront. James is a convicted felon and is prohibited from owning or possessing firearms. After the incident occurred he tossed his son-in-law’s gun in a nearby pond because he was afraid to have the weapon on his property. Lacey Pineda told deputies someone else had first shot at her husband and their friend, though nobody else corroborated her story. 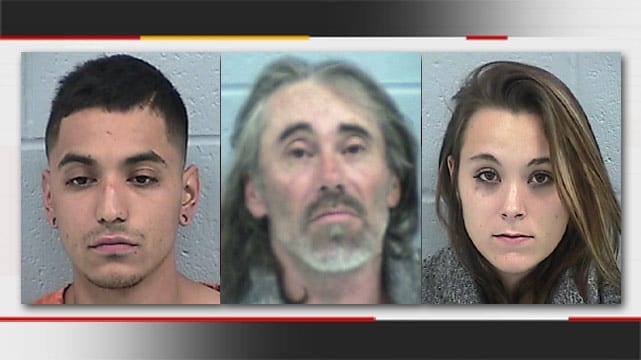 The family was arrested after one man accidentally shot their friend in the back.

Sasquatch may have evaded detection once again, but Sheriff Walton is only concerned with bad guys.

“To our knowledge, [there have been] no Bigfoot sightings in Rogers County,” Walton said. “I think our focus is career criminals and thugs, and we’re going to say focused on that and let somebody else go after Bigfoot.”