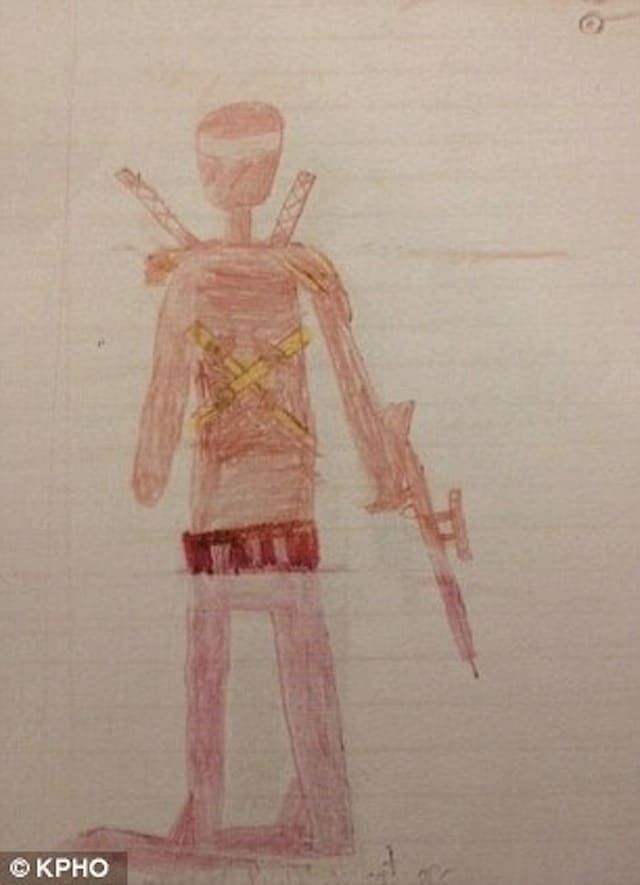 An 8-year-old was threatened with expulsion after teachers discovered him drawing pictures of potential Halloween costumes that involved guns and swords.

An 8-year-old Arizona boy was threatened with expulsion after teachers caught him drawing pictures of Halloween costumes that involved guns and swords. 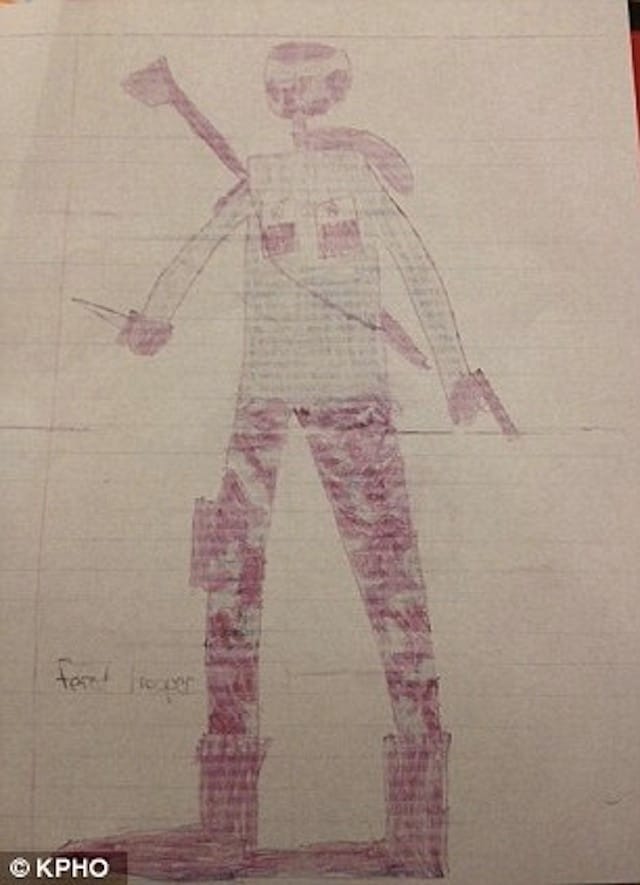 The principal of the school called in the boy’s parents to tell them he couldn’t guarantee the safety of other students with their son around.

The principal of Scottsdale Country Day School called in the boy’s parents for a meeting, informing them their son was a danger to other children. He also claimed that as headmaster of the school, he couldn’t guarantee the safety of the other students around their son, the Daily Mail reported.

The 8-year-old had been drawing pictures of potential Halloween costumes he wished to wear: a ninja, a Star Wars character and a soldier – each of them involving weapons. Per the school’s handbook, reasons for expulsion include “any behavior that is deemed threatening such as violent behavior, drawings depicting weapons, blood, or aggression or any verbal actions causing or threatening to cause harm to a person, group of persons, animal, or facility.”

The principal also showed the boy’s father, identified as Jeff, sections of the child’s journal that were “violent and unacceptable.” One such passage told a great tale of escaping zombies from a haunted school. “I’d open the window, but stand back quickly. Booby-trapped. Shoot the gadget – a rope gun – I’d swing across without getting hit.” 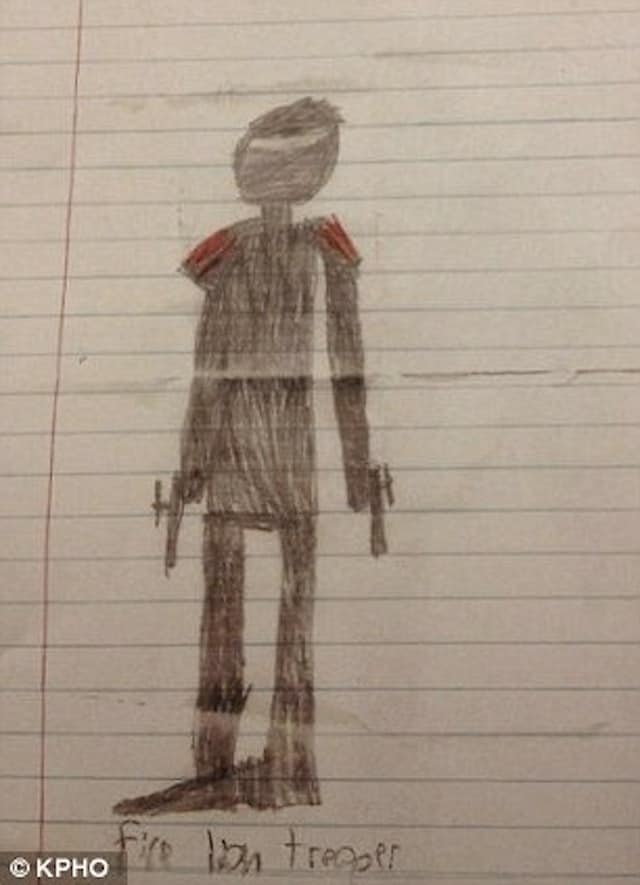 Having felt they and their son were bullied by the school, the parents removed their son Scottsdale Country Day School.

Another journal entry talked about heroically saving the world from atom bombs and having the super power of stopping bullets.

Jeff felt that, ironically, they were being bullied by the principal, and after the meeting he removed his son from the school.

“In this situation, it’s actually the principal of the school who bullied the parents – so much that we couldn’t even be safe in that environment,” Jeff told KPHO. “I think we really send our children the wrong message when we show that, as adults, we’re so afraid of our shadow that an innocent picture – that any 8-year-old might’ve drawn – is the cause for this kind of concern.”