Sen. Dianne Feinstein on prospect of new gun laws: 'There's a hammerlock on the Congress by gun owners' (VIDEO) 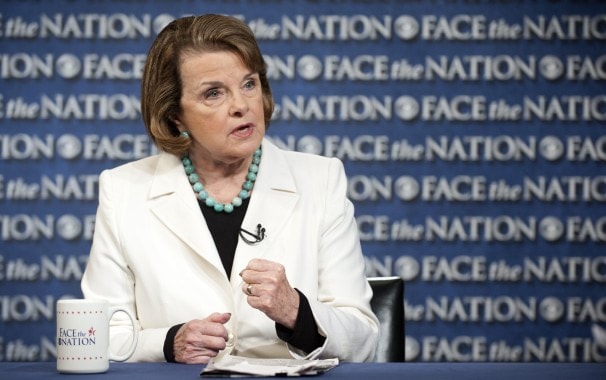 In the wake of a shooting at Los Angeles International Airport last Friday targeting TSA agents, Sen. Dianne Feinstein said that she did not believe reforming the nation’s gun laws was possible given the tight control gun owners and gun rights organization have over Congress.

After telling Bob Schieffer, the host of CBS’s Face the Nation, that she believes “deep down” in her soul in laws that would ban commonly owned and widely popular semiautomatic rifles, she explained why passing a bill at the federal level to do just that is not likely to happen.

“I think there’s a hammerlock on the Congress by the gun owners and gun people and it doesn’t matter,” said the senator from California who introduced the ‘2013 Ban on Assault Weapons’ back in April, a federal bill that failed to garner enough votes in the Senate to overcome a Republican-led filibuster.

Feinstein was referring to the Smith & Wesson M&P 15, chambered in .223/5.56, that 23-year-old Paul Anthony Ciancia used to kill one TSA agent and wound several others in the attack on Terminal 3 at LAX.

Feinstein noted that it was the same type of weapon a gunman used to kill 12 people and wound 70 others in July 2012 at a Century movie theater in Aurora, Colorado.

Sources told the LA Times that the specific M&P did not have a collapsible stock, but it was short enough to fit into a luggage bag. In addition, Ciancia bought the rifle at a gun shop in California, but it’s unclear as to whether he modified it in ways to make it illegal under California law.

Authorities are still piecing together information about Ciancia and his motive.

David Bowdich, special agent in charge of the Counterterrorism Division in the FBI’s Los Angeles office, told the LA Times that Ciancia had a handwritten note inside the duffle bag he hid the rifle in. In the note, Ciancia said he was a “pissed-off patriot” whose constitutional rights were violated by the TSA.  Feeling slighted, he wanted to “instill fear into their [TSA Agents’] traitorous minds.”

“His intent was very clear in his note,” Bowdich said on Saturday. “In that note he indicated his anger and his malice toward the TSA officers.”

Given the gunman’s apparent rage and determination to kill TSA agents, do you believe a ban on so-called ‘assault weapons’ would have prevented him from attacking LAX?