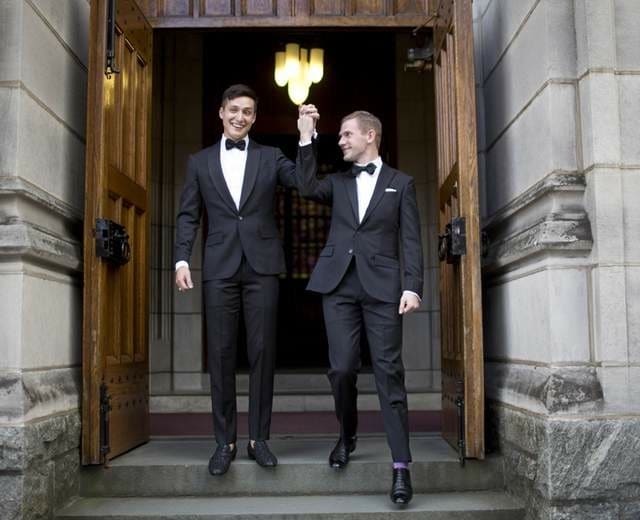 A male couple was wedded at West Point for the first time in the military academy’s history.

Foregoing their uniforms for tuxedos, 27-year-old Larry Choate III, class of 2009, and 28-year-old Daniel Lennox, class of 2007, were betrothed to each other in front of approximately 20 guests in what was the first male same-sex marriage at New York’s West Point military academy, Military Times reported.

Even though the happy couple attended the same academy, Choate and Lennox didn’t know each other while they were cadets, but met later on through a friend. 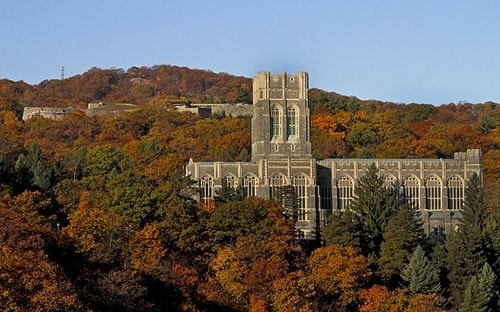 The West Point Cadet Chapel was filled with approximately 20 attendees during the ceremony.

Choate was a Sunday school teacher at the U.S. Military Academy’s Cadet Chapel and had always hoped to be married at the academy. While their marriage was the first male same-sex wedding since New York legalized gay marriage, the military academy had earlier wedded two female same-sex couples in late 2012.

“It’s maybe one more barrier that’s pushed over a little bit, or maybe one more glass ceiling that’s shattered that makes it easier for the next couple, Choate said Friday.

Lennox has his sites set high and is working towards his master’s degree in business administration at Harvard University, while Choate plans to attend Harvard’s John F. Kennedy School of Government.