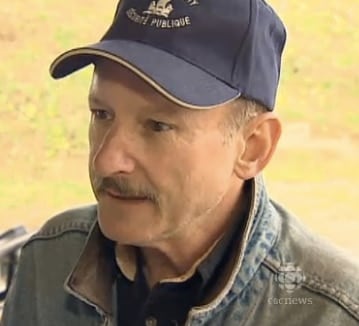 Since the Canadian government decided to abolish its long gun registry there’s been a boom in the number of citizens enrolling in gun-safety courses, a sign that more people are taking an interest in gun ownership and hunting now that it’s less of a hassle to purchase and maintain firearms.

Bob Kierstead, a firearms instructor, said that the registry created by the Canadian government in 1993 served to discourage young people from pursuing shooting sports and hunting.

“The very, very restrictive legislation that came in on firearms in general, and that turned a lot of the young people away from it,” Keirstead told CBC News. “Too many hoops to jump through and they turned away from it. That was the big thing that we saw.”

Peter Palmer, the coordinator of hunter education courses for the Department of Natural Resources, largely agreed with that assessment, noting that in the past year there’s been a 23 percent increase in the enrollment for safety courses.

Palmer also noted that there are other factors that have played a role, including a change in the law that lowered the hunting age from 14 to 12 and the positive way in which the media has been portraying hunting in Canada.

“With the media showing hunting in a very, very positive light, with Wild TV and, you know, outdoor shows, people are looking at hunting and saying, `You know, I haven’t done it in a while. I think I’m going to get back in it,'” Palmer said. “And they are benefiting from it as a family.”

Keirstead noticed a change in the demographics as well, one that mirrors what’s occurring in the U.S. That is, more women becoming interested in gun ownership.

“With our firearm courses, the percentage of female participation is increasing and for the first time in New Brunswick, we had an all-female firearm course,” Keirstead said.

While many gun owners argue that gun registration is a slippery slope to gun confiscation, the reality is that this contention might be an overreaction in most scenarios.

As New Yorker writer and essayist Adam Gopnik wrote in his pro-gun control article, “Make something difficult and you begin to make it impossible.”

The goal of any registry (and any gun control law for that matter) is to make gun ownership incrementally more difficult. Those who have a tepid interest in guns will not bother going through the red tape to register a firearm and over time the gun community will shrink.

Though, now that Canada has nixed it’s registry, which was a $2 billion enterprise that yielded no real measurable results as a crime fighting tool during its almost 20-year existence, one shouldn’t be surprised to see a healthy and enthusiastic gun community reemerging in Canada.