Guest Post: How do you make a silencer even quieter? (VIDEO)

Silencers, although simple in theory, require a great deal of engineering and finesse. While much time, brainpower and testing goes into designing one, creating a 2.0 version is quite another feat. It takes more than just a shave here and there. Dakota Silencer walks us through the process of perfecting the performance of its premier silencer called the Varminter 2.o. While knocking a few decibels off the overall noise and cutting weight, they also improved the product’s overall durability. 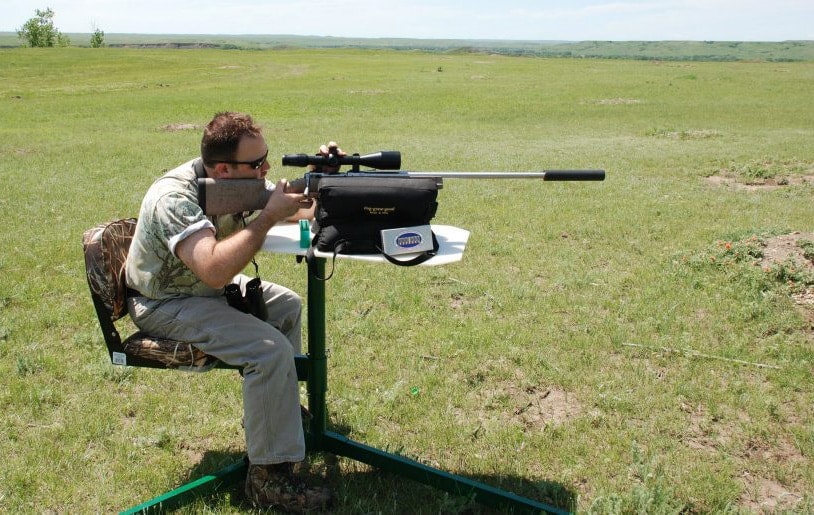 Originally designed by Liberty Suppressors based in Trenton, Georgia, the Varminter 1.0, was a fine specimen. The design featured a monolithic core, meaning baffles were created using a CNC machine and cut out of a solid piece of metal. It also used square bore technology, so the bore that the bullet actually traveled through within the can was square instead of round. Lastly, the Varminter 1.0 was composed of a stainless steel baffle structure and titanium tube.

There soon became a demand for a magnum rated version of the Varminter in the Dakotas where the Varminters were mainly being sold. To make that happen, the design would need to be one inch longer. To avoid the increase in size, the design of the silencer would have to be overhauled which didn’t fit into Liberty’s schedule at the time as they were experiencing great and busy success with their other products. Dakota Silencer and Liberty decided to split on amicable terms, and the project was then passed on to Dale and Allan Mack of Mack Brothers.

However, Dakota Silencer and the Mack Brothers saw room for improvement. To give the Varminter an edge compared to its competition, they wanted the design to be shorter and magnum rated. But there was a dilemma. With that original design, in order for it to be magnum rated it would have needed to be an inch longer.

So how did they do it? Well, the answer may baffle you at first, but it’s all in the meddle. 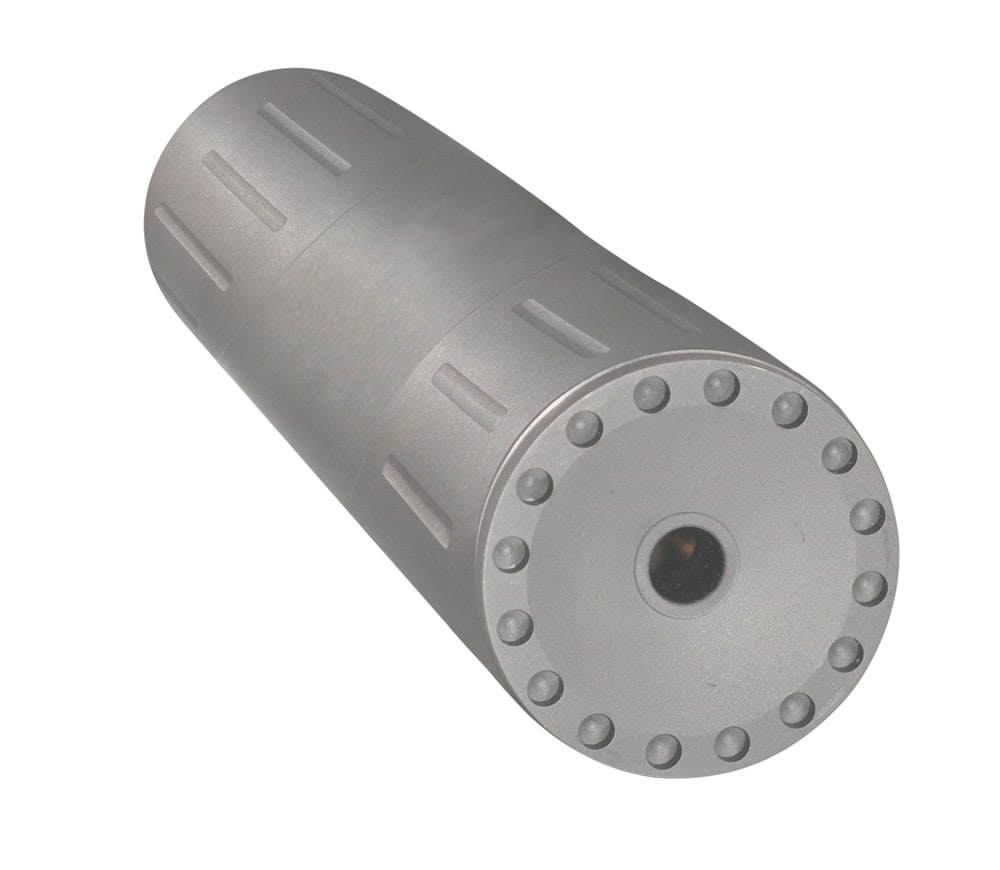 The front end of the Varminter 2.0. (Photo by Dakota Silencer)

The additional surface area and baffle geometry explain the enhanced effectiveness and efficacies.  A monolithic core is very easy to machine, but is also very limited in design and effectiveness. This monolithic core restriction comes from not having 360-degree access to CNC machine the complex geometry into the baffle from any axis. The baffles are the most important part of the silencer design. Their purpose is to disrupt and slow the gases, give them room to expand, and then move on to the next chamber. They go through this process usually between five to seven times. The sole object is to pull the heat/kinetic energy out of the gases so that by the time they reach the end of the silencer, their atmospheric disturbance is far less, thus reducing the amount of noise the blast creates.

The Varminter 2.0 had many design considerations for baffles, but it was decided to use a modified baffle to avoid any conflicts in copying other’s designs.  The starting point common to the silencer industry is the cone, k-baffle and epsilon; thus evolved a modification of each of these design’s strength in ability of suppression.  After extensive testing by Mack Brothers, the manufacturer of the Varminter 2.0, it was discovered that the Varminter 2.0’s baffle design was so effective, it ended up being the quietest design currently on the market! Mack Brothers chose to create the baffles out of stainless steel.

The first reason for choosing stainless steel was that the weight difference between it and titanium (the two metals considered) was only a few ounces. Second, stainless steel is far easier and cost effective to machine than titanium, which keeps the cost down for the consumer. Another change that was made with the baffle design is that the blast baffle, the first baffle in the stack that takes the initial blast of the gun, was heat treated, which allows it to take more force. The great advantage of heat-treating the blast baffle is the opportunity to utilize the Varminter 2.0 on most magnum calibers than the original Varminter.

The other task the silencer must perform is pulling the heat out of the blast. Although the baffles do some of that, the tube of the silencer is mainly responsible for pulling out the heat. The original version of the Varminter 1.0 also had a titanium tube. Therefore, the Varminter 2.0 is constructed with a titanium tube and titanium end caps as well. Not only does the titanium make for a quieter design, but it also has an added bonus of reducing the weight and increasing strength and durability.

Many hours of testing were conducted to ensure that all of the changes made were to the benefit of the performance, efficacy and durability of the Varminter. For decibel readings, a Bruel & Kjoer 2209 Sound Testing Meter was used (it’s only military-grade testing equipment).

While decibel readings may vary depending on the type of ammo used and even the atmospheric conditions, the two example readings give a good indication of the Varminter 2.0’s suppression abilities.

The rifle used for testing was a Tikka T3 varmint hunting rifle. It’s constructed with a stainless steel barrel and equipped with a Varminter 2.0 silencer. (Photo credit: Facebook)

For testing, a design was make from a stainless steel tube and the same design was 3 to 4 dB louder, thus confirming the performance benefits of titanium construction on the end caps and tube design.

The recreation of the Varminter 1.0 into the Varminter 2.0 is just one example of the planning, testing, machining, and ingenuity that goes into making the ultimate gun accessory.  Mack Brothers have decades of combined experience in the firearms manufacturing industry and their knowledge, expertise, and skills led to this outstanding product creation.

About the author: Natalie Bailey is the Manager of Operations for Dakota Silencer. She was introduced into the wonderful world of firearms several years ago and now avidly enjoys hunting and target shooting, especially with suppressed weapons. She is one of the most knowledgeable people you will find on sound suppressors.

Update: The Varminter 1.0 was originally designed by Liberty Suppressors, not Mack Brothers.