Not all crowd-sourced fundraisers wind up as success stories, but we’re pleased to say that the Gun Box is one of them. A “smart safe,” the Gun Box uses a fingerprint or RFID scanner to unlock and provide access to its contents.

The Gun Box also provides a lot of security through obscurity — it just doesn’t look like a gun safe. It looks more like a phone dock, well, because it’s that, too. As the Gun Box requires power to run the scanners, the designer, Ryan Hyde, included a powered USB hub for cell phones and accessories like Bluetooth speakers.

The Gun Box also has an internal battery to power the lock in case of a power outage. The battery has a 1340 milliamp-hour battery that can sustain the scanners for a very long time, weeks and even months. 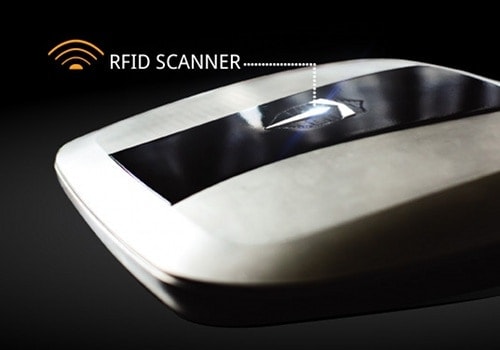 Constructed from 4mm cast aircraft aluminum, the Gun Box is very tough but still sleek and innocuous. There is simply nothing about the construction that makes it look like it might have a gun, passport, jewelry or anything else hidden inside.

To discourage anyone from simply stealing the entire unit it is equipped with a Kensington lock, the sort used for laptops and other computers. Security locks and cables can be found anywhere and can be extremely strong.

It’s available in three different models. The most basic version, the Gun Box RF, has a radio frequency scanner lock. Combined with an RFID key that can be buried in a sticker, ring or bracelet, all the user needs to do to open the Gun Box is wave the key over the top and the safe will unlock.

The second model, the Gun Box Biometric has both an RF scanner as well as a fingerprint scanner. It can be programmed with many different fingerprints allowing access to multiple users even if they don’t have their RFID key handy.

The final model, the Gun Box Premier, is where the Gun Box really stands out. It has both scanner types as well as a GPS unit that can be used to monitor and track the Gun Box. The Gun Box company will alert owners if their Gun Boxes are opened, moved or tampered with at any time, “24/7.” 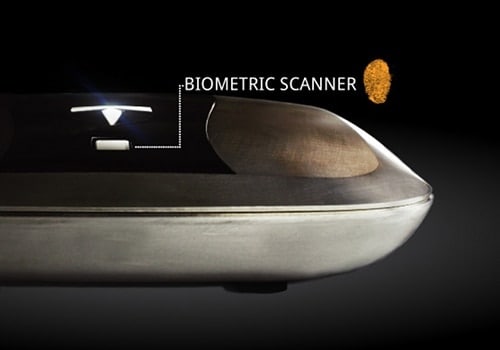 This added feature requires that Gun Box owners sign up for the service, a $75 annual fee, although the premium Gun Box comes with one year of monitoring included.

Offered at a discount for anyone who participated in the Indiegogo fundraiser, the good people behind the Gun Box actually raised quite a bit more than their $100,000 goal, with crowdfunders pitching in an impressive $139,084.

With the extra money they will be able to get the project in gear very soon, with Gun Boxes expected to begin shipping on December 12 of this year.

People who didn’t pledge to the fundraiser can still put in pre-orders for Gun Boxes on the Gun Box product page. Although early adopters got discounts for their Gun Boxes, it seems that with the extra cash, two of the models of Gun Boxes will be available for everyone for a little less than expected. 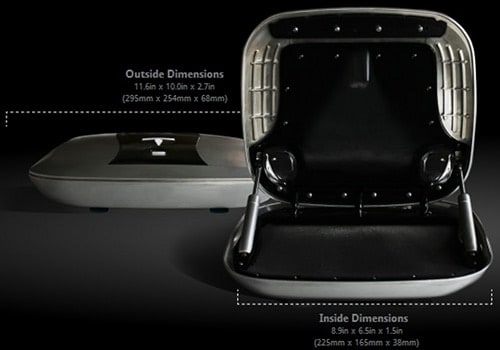 The RF model will be available for $225 and the Biometric $289. That’s about $20 less than what the company originally intended to set their prices at. The Gun Box Premier has a retail price of $475, which is actually more than what the company originally thought they would charge; the cost of the monitoring equipment and service are clearly greater than their original estimations.

Still, we do expect the RF and Biometric to be the most popular models and so the price drop is welcome news.

If you’re one of the Gun Box’s original funders, congratulations are in order. You helped bring a very interesting new gun safe to life.

For all the latecomers, more information can be found over at the Gun Box website.