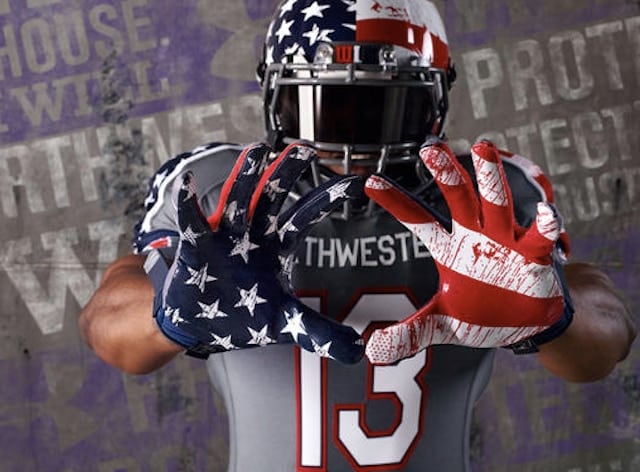 The uniforms appear to American flags stained with blood, but they were intended to look distressed, like a flag that has waved for many years.

The Northwestern Wildcats issued an apology Tuesday for their blood-stained American flag uniforms after the team received criticism over the design.

The uniforms will be worn in honor of the Wounded Warrior Project on November 16 when the team faces off against the Michigan Wolverines. The uniforms were originally designed by Under Armour to mimic the distressed look of an American flag that has flown for many years. But for some, the pattern too closely resembles blood stains, Breitbart reported.

Northwestern spokesman Paul Kennedy issued a formal apology Monday “for any misinterpretation” over their design, explaining that while the pattern may look like blood stains to some, the intention was for it to be a “distressed pattern on both the stars and stripes that was inspired by the appearance of a flag has flown proudly over a long period of time.”

The names on the back of the uniforms will be substituted with the duty, honor, courage, commitment, integrity, country and service. After Northwestern plays against Michigan the team will auction their jerseys, donating 100% of the proceeds to the Wounded Warrior Project. The jerseys can also be purchased online for $74.99, but the team will only receive 10% of the profits. 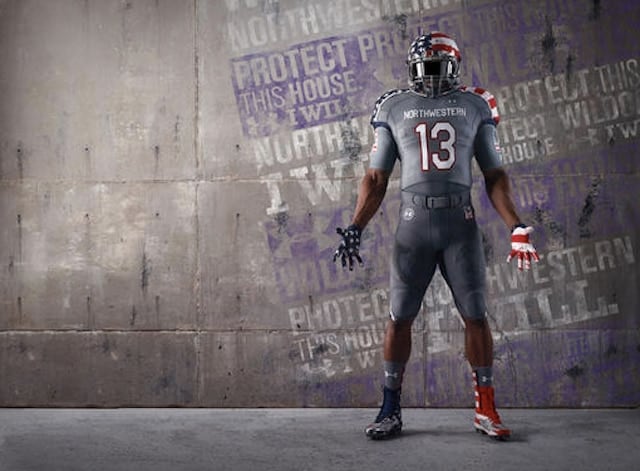 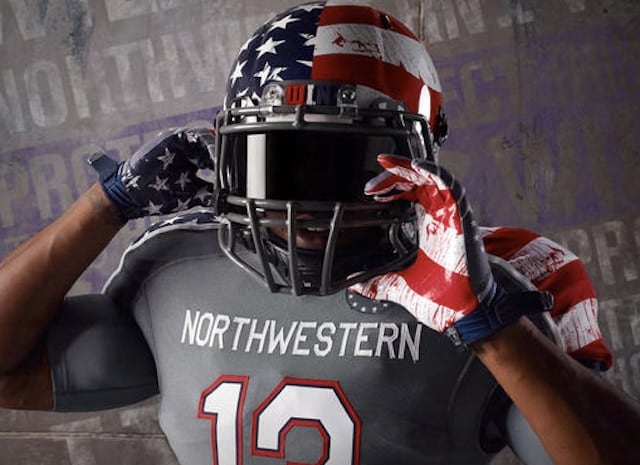 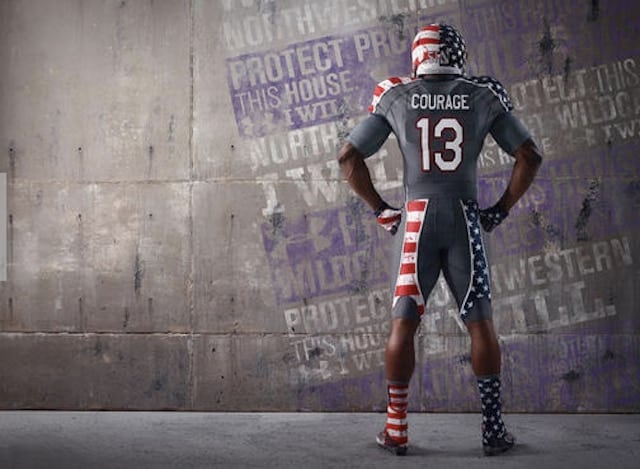 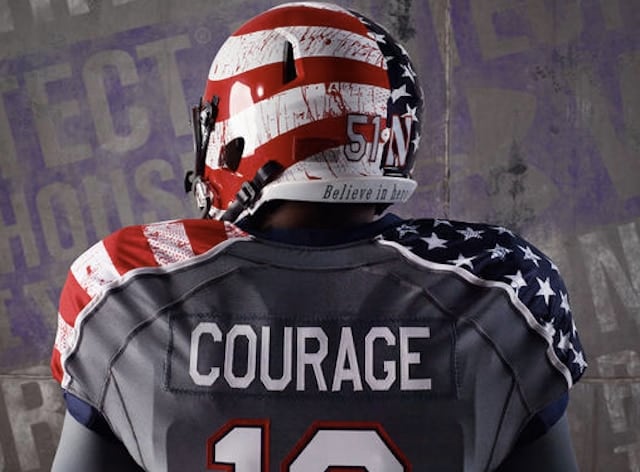 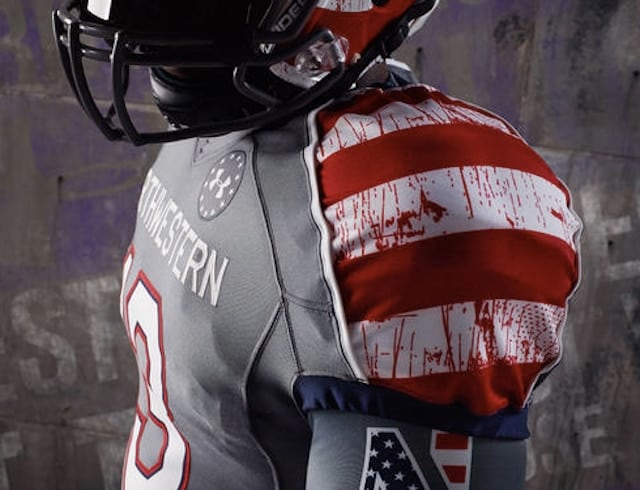 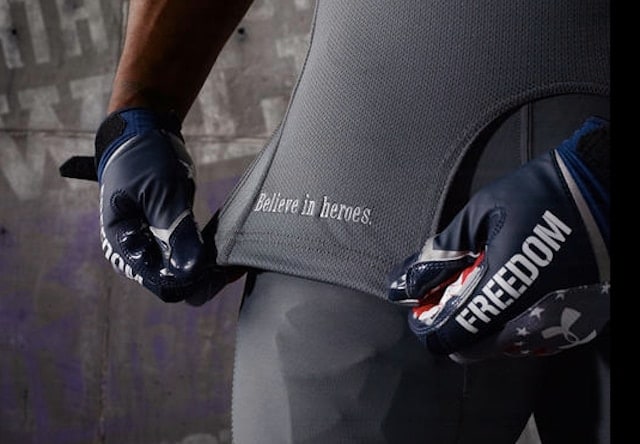 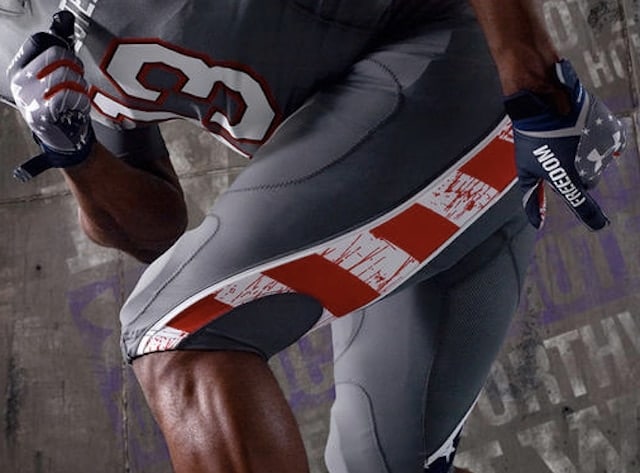 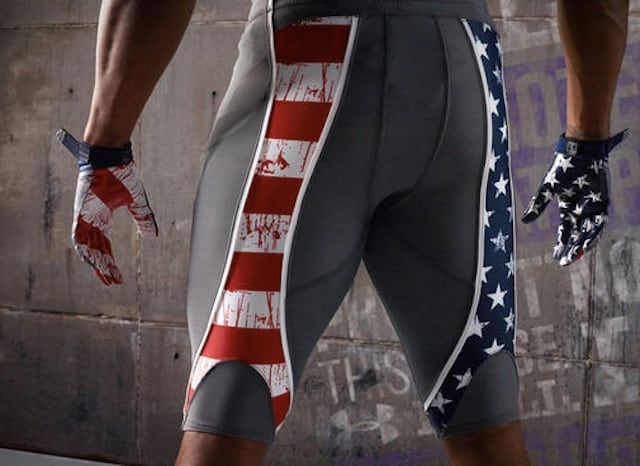