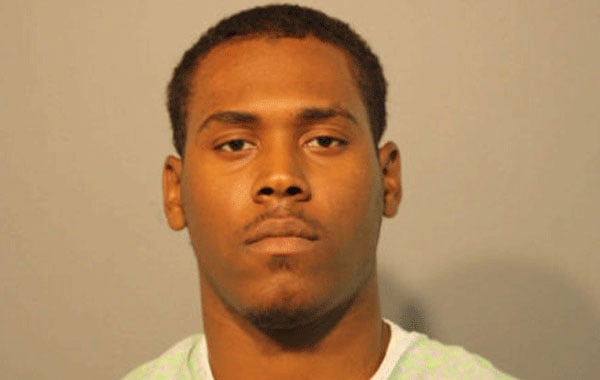 A would-be robber’s plan to use a fake gun to hold up an electronics store in Chicago’s West Rogers Park Monday evening didn’t go as planned when the store clerk pulled out a very real gun of his own, the Chicago Tribune reports.

Lawrence Bradley, 25, walked into the store at about 5:30 p.m., wielding a fake gun and demanded money. But instead of grabbing cash from the store’s safe, the 23-year-old clerk grabbed a gun and fired two shots, striking Bradley. Apparently the only reason the clerk stopped shooting was because the gun — whose make and model was not revealed — jammed.

However, Bradley managed to grab the gun from the clerk and proceeded to pistol whip the clerk’s face and head before running out of the store, leaving the fake gun behind but taking the clerk’s gun with him. According to the police, Bradley then left in a blue PT Cruiser which was waiting outside and being driven by a woman.

As the clerk stumbled out of the store, a worker from next door came to help him. The clerk was transported to a local hospital where he was treated for lacerations on the left side of his face and the top of his head.

Bradley then showed up at another hospital in Hammond, Indiana, some 30 miles away, suffering from multiple gunshot wounds. Police apprehended him there and transported him back to Chicago.

Officers also found the clerk’s gun in Dolton, about six miles from the Hammond hospital.

It is unknown if the clerk knew that Bradley’s gun was fake or whether the clerk possesses a valid Firearm Owner Identification, or FOID, card, which is required to legally possess guns or ammunition in the state of Illinois.

Bradley was due to appear in court today and faces charges for armed robbery and aggravated battery, both of which are felonies.