As noted in a previous Guns.com article, Measures C requires gun owners to: report a lost or stolen firearm to law enforcement within 48 hours, keep their guns locked up at home if they’re not in the immediate possession of the owner and destroy and/or sell off any magazines that hold more than 10 rounds of ammunition.

The bill was heavily supported by Sunnyvale Mayor Tony Spitaleri, who is a member of Mayors Against Illegal Guns, Michael Bloomberg’s pro-gun control organization.

MAIG was the single largest donor to the ‘Yes on C’ campaign, contributing $3,000 of the $5,400 the campaign raised. By comparison, the opponents of Measure C only raised and spent $468.

Bloomberg spokesman Stu Loeser told the San Jose Mercury News that “when a city is taking an innovative approach to solving a long-standing problem, Mayor Bloomberg is happy to offer his support.”

What problem is Loeser referring to? Well, that’s difficult to discern given the conflicting statements by Spitaleri.

“The voters are saying they’ve had enough of gun violence and they’re sending a message to other cities: We need to get something done, and this is the start of it,” said Spitaleri to the San Francisco Chronicle.

So, the problem is gun violence and crime? Not really, Sunnyvale, a suburb of Silicon Valley, is an affluent city with a crime rate of 15 per thousand resident, one of the lowest in the state.

Spitaleri also told the SJ Mercury News that that Measure C was not really about reducing crime. “This is about making it safer for people who have guns in the home, so that they pay more attention to how that weapon is handled.” 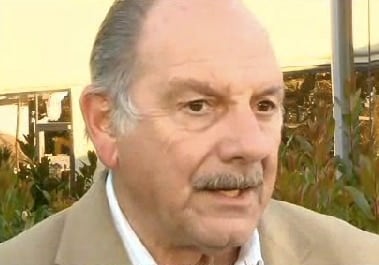 In other words, it’s a nanny-state initiative to protect people from themselves.

Whether its primary goal is to reduce crime or meddle in the affairs law-abiding gun owners, the bottom line is that it is unconstitutional, argues the National Rifle Association, which promised to file a lawsuit if the bill passed.

If the NRA wins in court, as it did when it fought San Francisco over its ban on the sale manufacture, transfer or distribution of firearms or ammunition within city limits, the legal expenses the gun lobby incurs will be shouldered by the taxpayers of Sunnyvale. San Francisco had to shell out $380,000 back in 2005, Sunnyvale could be looking at a similar pay out.

“What we did here, quite bluntly, is we defeated the NRA tonight,” said Spitaleri before supporters at a Sunnyvale hotel Tuesday night.