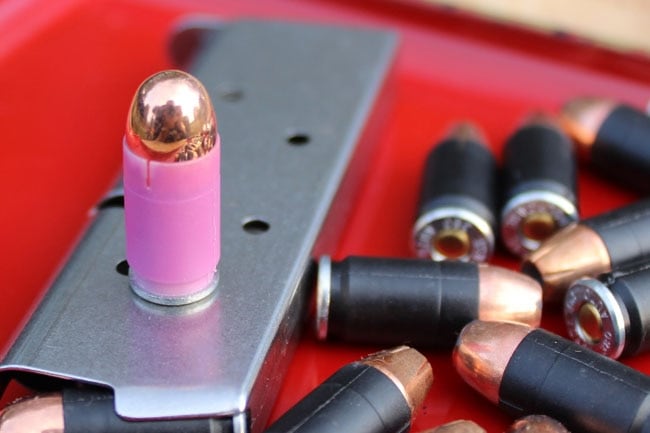 Even the .380 ACP is getting the polymer treatment. Polycase. (Photo by David Higginbotham)

Is the .380 an anachronistic handgun round?  Despite my proclivity for the undersized .38 caliber, I think there’s a case to be made for its growing irrelevance.  As more 9mms come down in size, I can only really recommend the .380 round for shooters who can’t handle the kick of the 9×19.  Yet companies continue to make some very compelling firearms that make a good case for the timelessness of the .380.

The Beretta Pico should be out soon, and we’re waiting anxiously.

Still, very few companies are debuting .380s with metal frames.  The emphasis these days seems to be on shrinking size and weight.  If the 9mm can come down to the size of the bigger, heavier .380s, than the .380 can shrink itself into something much smaller.  So what about the more old fashioned .380s?  Are the antiques?  Are they obsolete? 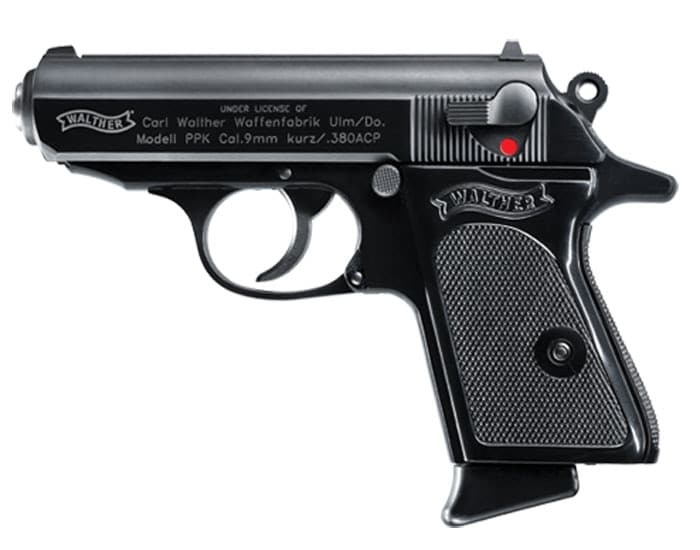 The PPK is one handsome gun. (Photo credit: Walther Arms)

The Walther PPK is an amazing gun.  If any one of the guns in this list will remain in production, indefinably, it will be the storied PPK.  It isn’t going anywhere.  It is big enough to hold onto and very accurate.

Some calibers of the PPK (like the .22) have alloy frames.  Others are steel.  They are all hearty guns that age gracefully.

But these guns are more expensive than their polymer competition.  And that is the sticking point.  While the PPK can’t be legitimately compared to the subcompact polymer .380s that are taking over the market, people insist on doing so.  They shoot the same round, so the guns get compared.  And when size and cost are factored in, the PPK ends up looking much worse than it actually is. 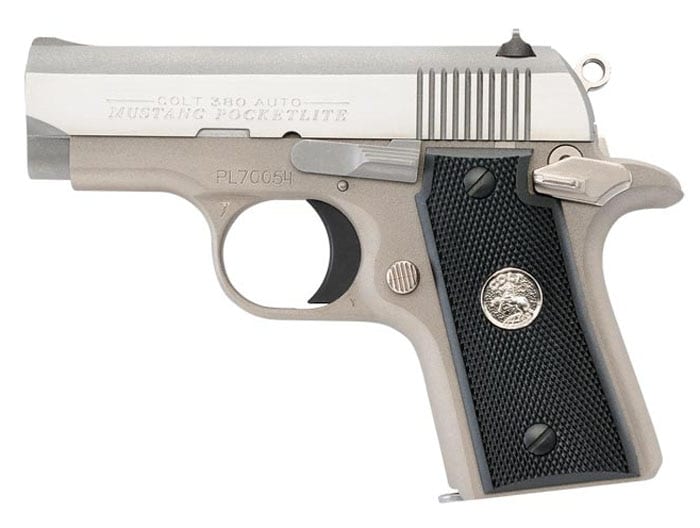 The re-release of the Mustang is a rock star. (Photo credit: Colt)

If there was one gun likely to resist the polymer craze, it is the 1911.  So much for that.

And its little brother, The Mustang, has a new life in plastics.  The new polymer framed version has a slightly updated look.

The recent re-release of Colt’s .380 has remained popular.  The polymer framed Mustangs are selling well, too.  Many of those who want a small .380 also want the option of an exposed hammer. 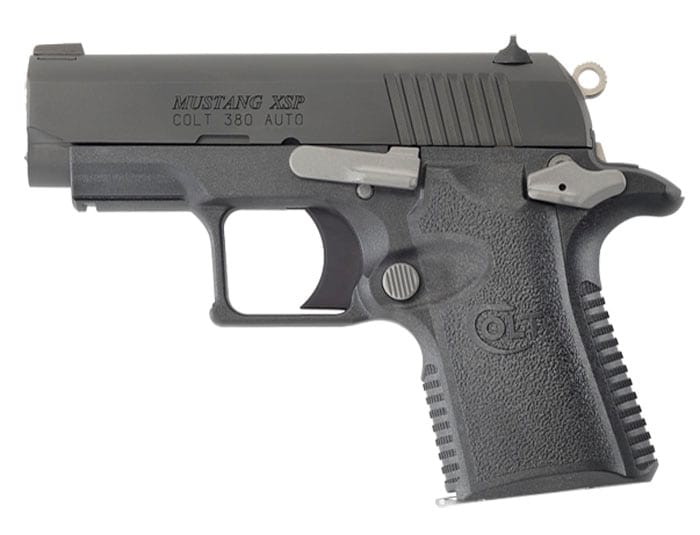 The mustang takes that one step further by incorporating a single-action style that will be very familiar to fans of the 1911.  If you carry a full-sized single action, the Mustang won’t require a whole new set of skills to master.

Will the new polymer version be even better?  I’m currently carrying a mustang that looks exactly like the one above.  I’ve yet to get my hands on a polymer framed pony.  But I do like the look of that trigger guard.  With so little to hold onto under the trigger guard, I find myself putting my left hand higher on the guard than I would like.  And the aluminum framed version is a bit slick.  Not cool slick.  Slippery slick. 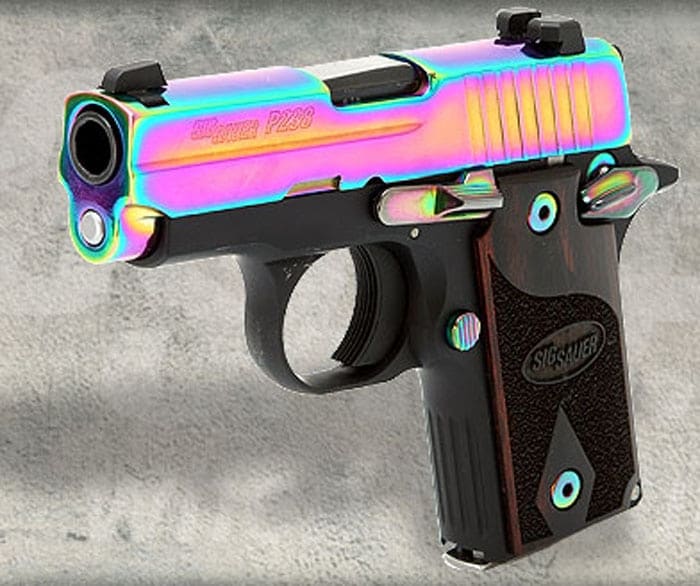 If looks could kill, this one wouldn’t do the job. (Photo credit: SIG Sauer)

While we’re talking about updated takes on the Mustang, we have to give a nod to SIG.  Their P238 manages to remain relevant without going plastic.  Even though some of them look like they’re plastic.  Or made of unicorn tears.

I have grown to really admire the way SIG builds their guns.  I wasn’t drawn to the hard lines of the P238, but it shoots incredibly well.  Their attention to craftsmanship and construction is above reproach.

The P238 is a rock-solid back-up gun that won’t ever give you cause to doubt. 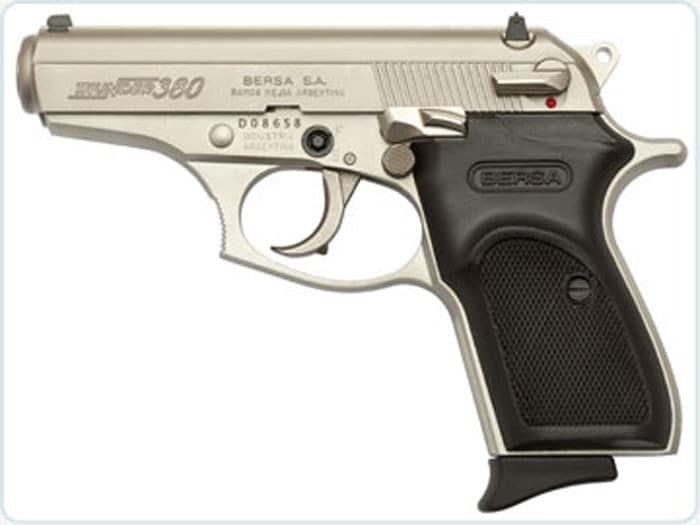 While I’ve never put a Bersa Thunder to the same testing that I have the SIG, Colt and Walther, the pistol has a devoted following.  Even though the Walther seems to have the most historical feel, the Thunder feels the most dated.  It reminds me of the 80s.  The Thunder looks like a 1980s take on the PPK.

Still, it remains popular.  Guns that work reliably and are priced reasonably have a habit of staying popular. To top it off, Bersa has never tried to make more of the Thunder than it is.  The materials are solid.  Some models of the gun sells for under $300, and they are even cheaper used.  The main appeal of a gun like this is that it can and should be put to use.  You won’t worry about scratches or dings.  The Thunder epitomizes the gun-as-tool philosophy. 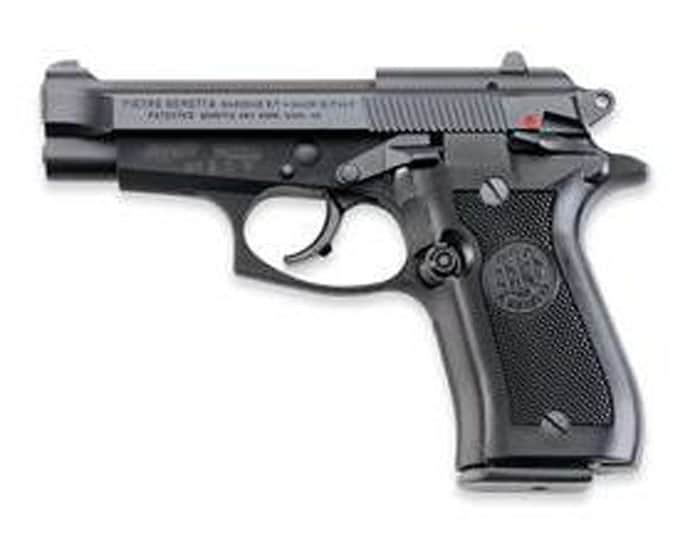 The Cheetah feel good in the hand. (Photo credit: Beretta)

The Pico is going to give the Kel-Tec P3AT and the Ruger LCP some serious competition.  The Cheetah is heavy, wide, and seems antiquated by comparison.  Yet those who are drawn to the Cheetah aren’t interested in the smallest, lightest .380s available.

They tend to want a pistol they can easily control.  They want enough barrel to confidently shoot at longer distances. They want more capacity.  And those who carry the Cheetah are often attracted by the gun’s classic good looks, an aesthetic that has dominated Beretta’s pistols for a century or more.

Yet the Nano and the Pico are shaking things up.  And the Cheetah is quitley going into phased retirement.  What’s out there now, in stores, may be the last new Cheetah’s you will ever see.  Like its big-cat namesake, the Cheetah is an endangered species.  And one that will be missed.

I’m checking out my crystal ball, trying to see the future, but it is hazy.  Typical.  My guess is that the guns that evoke cinematic nostalgia will remain in production.  There is a huge market for what the Mustang offers, and its size makes it rise above the rest of this list.  There’s a place for the Cheetah.  The Thunder will continue to continue to speak to the price conscious shooter.  And SIG is going to continue to offer any finish you could possibly want.

These .380s aren’t going away.  While the platform may be getting lighter, leaner, and harder to hold, the old-school .380 is simply becoming something of a classic.  But you can bet they’ll become harder to find.