U.S. Special Forces stood by as Afghan soldiers whipped and interrogated a prisoner.

The unidentified American soldiers standby with their arms crossed, staring on as what are likely to be Afghan National Army personnel hold down and whip a prisoner. Clad in white, the prisoner lies on his stomach with his hands and feet bound together, painfully screaming out “oh my father” as he is repeatedly whipped, Rolling Stones reported. 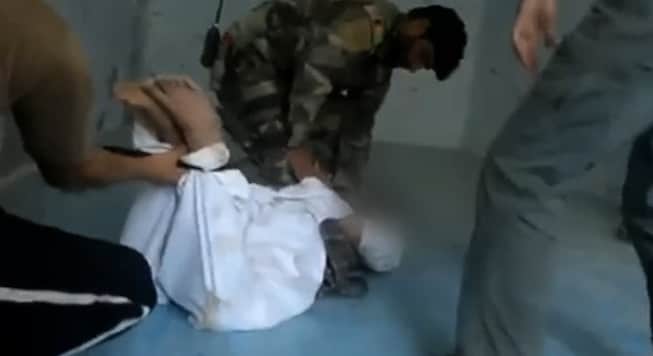 A detainee is whipped multiple times while his hands and legs are bound and he is held down by two men.

Matthieu Aikins with Rolling Stones investigated into allegations of war crimes committed by U.S. Special Forces in Afghanistan when he stumbled upon the video. He believes based on their facial hair and general appearance that the soldiers standing in the corner are indeed part of a U.S. Special Forces team. A former Green Beret agreed with Aikins assessment after viewing the video.

The scene played out in the video matches the general pattern of recurring abuse in U.S. and Afghan custody as documented by the UN, Congress, and the human rights groups in Afghanistan since 2001.

But a former Green Beret explains that generally, the “tactical questioning” operates within the bounds of reason.

“If an ODA member was killed or critically injred then I can see tactical questioning getting way out of hand,” the Green Beret said.

A special forces operator said there isn’t much sympathy or compassion to be had for the captured detainees who vigilantly try to kill them.

“Unless you’ve been in combat and had people who want to shoot you in the face, you can’t understand what it’s like,” he said. “There’s a reason that they say that war is hell. Because it is hell.” 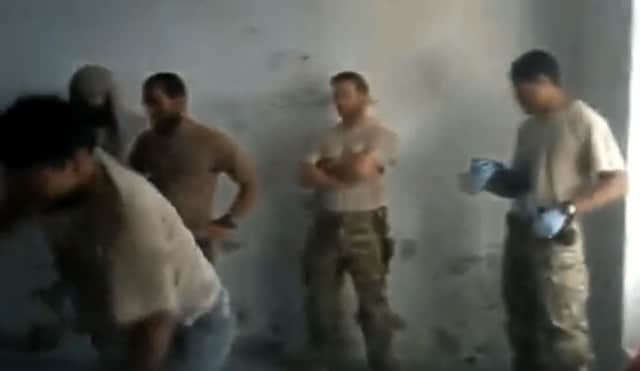 What are believed to be U.S. Special Forces standby and watch as the torture goes underway.

But this method of torture may just be one incident among a sea of countless others. According to Aikins, American Special Forces arrived at a combat outpost in Nerkh, Afghanistan, in 2012. The small group of Green Berets, trained to wage unconventional warfare, replaced the larger Army units and were there to hunt down remaining enemy combatants while continuing to train up Afghan government forces.

However, just six months after arriving in Nerkh, the specialized American team was forced by the Afghan government to leave. The Green Berets were accused of torture and murder against at least 10 civilians that after being taken, quickly disappeared and have never been seen since.
As the war in Afghanistan slowly winds down after nearly 13-years, more and more U.S. and NATO forces will be pulled out and replaced by the smaller, more specialized teams of U.S. Special Forces. This changing of the guard may leave detainees and prisoners vulnerable to harsher interrogation methods than they otherwise would have been subjected to.