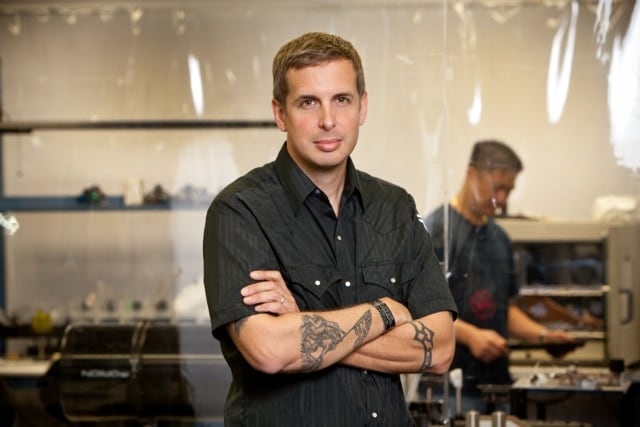 The currently Austin-based TrackingPoint announced today that they’re planning to relocate to Pflugerville, Texas, in 2014, to expand their business, Keye-TV reports. TrackingPoint is the manufacturer of what they call “Precision Guided Rifles,” or PGRs, guns equipped with what are more familiarly known as “smart scopes.”

The move shouldn’t put anyone out as Pflugerville is an Austin suburb. They are moving to a location with more floor space, more manufacturing capacity and more room for workers. TrackingPoint currently employs about 100 people and will be able to hire more at their new facility.

TrackingPoint is moving their headquarters as well as their manufacturing to Pflugerville.

The Pflugerville location has 48,000 square feet of work space. In addition to building PGRs and smart scopes, TrackingPoint will set up a special ballistics testing lab on-site for testing their firearms and custom ammo.

TrackingPoint CEO Jason Schauble said “As a high-technology company at the forefront of a new and largely untapped segment of the firearms industry, TrackingPoint is excited to help lead our state’s reputation for innovation.”

“We went lookin’ [in] a lot of places, we went and thought about what our real unique requirements ere, and we found Pflugerville was the best fit,” Schauble said.

TrackingPoint’s PGRs use image recognition systems systems originally developed by the military for guided weapon systems. The guns can be made to fire only when the perfect shot is aligned, eliminating the possibility of missing.

The guns are equipped with a host of sensors that track elevation, cant, barometric pressure, temperature and just about everything else that can affect the flight path of a bullet. The smart scopes use that information to correct for the shot out to over 1,000 yards. 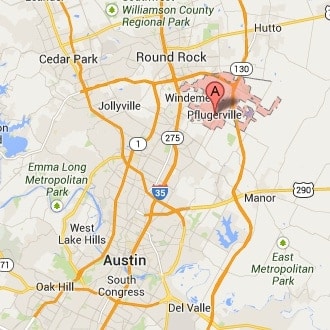 Pflugerville, Texas, is about 17 miles away from Austin. According to Google Maps, it’s roughly a half hour commute during rush hour.

Because of this they’re sought after by long-range and big game trophy hunters, and it has obviously garnered attention from the military as well as several law enforcement agencies — people for whom the cost of a rifle — between $25,000 and $28,000 — is not as important as the cost of missing a shot.

Even with the high price tags TrackingPoint needs to expand to meet demand.

TrackingPoint recently announced a joint program with Remington to develop less expensive, shorter-range smart scope-equipped rifles called the Remington 2020 System. TrackingPoint is manufacturing optics packages for “off the shelf” Remington rifles, however, Remington sells them for much less — although they’re not inexpensive, they’re significantly less expensive — between $5,500 and $5,750 depending on the configuration.

TrackingPoint has also announced a military program. While it’s still in its early conceptual phase, TrackingPoint is working on a system that networks soldiers together through their rifles. Their data can be used for coordination on-site or remotely. They’re calling it “The Future of War.”