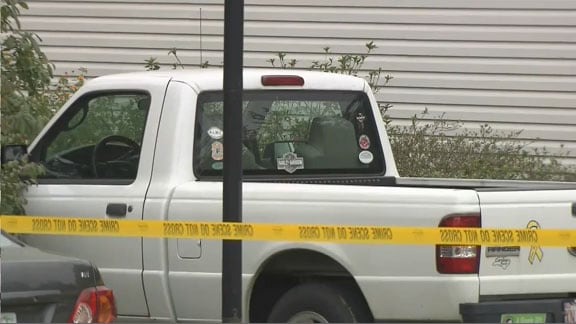 Apparently Griggs was a member of Chisenhall’s church and had just been baptized there three weeks ago. (Photo credit: WRAL)

A North Carolina pastor shot and killed his son-in-law last month in what authorities are calling a case of self-defense.

Deputies received a call from Pastor Pat Chisenhall just before 11 a.m. on Oct. 12 when his son-in-law, Christian Lamar Griggs, showed up at his Angier house and began threatening him. Six minutes later, deputies received a second call informing them that Chisenhall had shot Griggs when he forced his way inside Chisenhall’s home, local media reports.

When deputies arrived a few minutes later, Griggs was transported to a local hospital where he was pronounced dead. There were no reports of Chisenhall or the other occupants being injured during the incident.

Griggs was married to Chisenhall’s daughter but the couple had separated recently and the daughter was living with her parents. Although the reason is unknown, Griggs’ wife had filed a restraining order against him the day prior to the shooting.

When Griggs showed up at the Chisenhall’s home that Saturday morning, his verbal threats quickly escalated into a physical altercation when he forced his way into the home.

Friends and family said the couple has a young daughter, but it is unknown if Griggs’ wife or child was at the home during the incident.

Members of Chisenhall’s church spent the day following the shooting in prayer for both Chisenhall and Griggs’ family. The church members were “heartbroken” over the incident, but believe that their pastor acted appropriately given the circumstances.

“The son-in-law tried to break into the house, threaten them,” said Gary Adcock, who has attended the church for 23 years. “He had no other recourse but to do what he did.”

Adcock also explained that Griggs was not a bad guy.

“He was a young, energetic, great guy. He had a great personality. Something just snapped,” Adcock said.

No charges were filed against Chisenhall, who has been a pastor at the local church for 25 years, as authorities determined he acted in self-defense.

Correction: We originally reported that Pat Chisenhall’s daughter had a restraining order against Christian Griggs, but no such order existed.