Fagan, left, and McIntosh face expulsion after using a gun to fend off a wanted felon from entering their home.

Two Gonzaga University students face potential expulsion after using a gun to fend off a wanted felon who threatened to force his way into their apartment on October 24.

While at their off-campus apartment in Spokane, Washington, 23-year-old Dan McIntosh and 21-year-old Erik Fagan answered their door to find wanted felon John Michael Taylor, a man who proved his criminal past by displaying his ankle bracelet tracker. Taylor asked for money, but when the college students turned him down, he quickly became agitated, Opposing Views reported.

Sensing Taylor may attempt to enter the residence, McIntosh – who has a concealed weapons permit – brandished his pistol. Taylor fled and was later captured by police. And while the college students were safe, but they were about to learn their education may not be.

McIntosh and Fagan contacted Spokane Police and campus safety authorities after the incident, and though they initially were congratulated for their actions, they were later paid a visit by school authorities.

CAMPO and a residence director went to the students’ home and seized two guns. The students were also served with hearing notices. Since they rent their apartment from the university they are therefore subject to their campus-wide policy that bans all firearms. 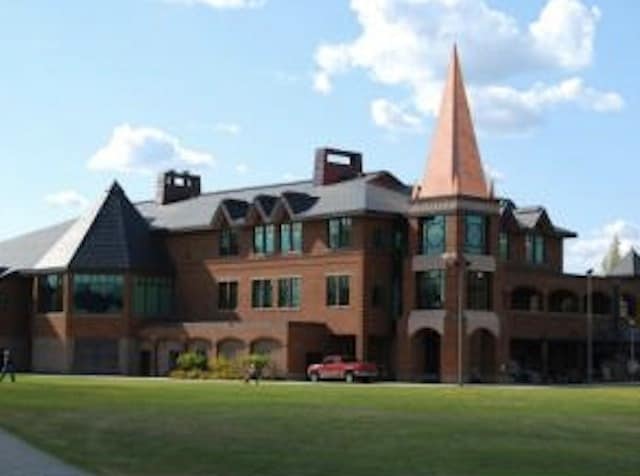 Since they rent their apartment from Gonzaga University, they fall under the school’s campus-wide firearms ban.

“What they don’t understand is that this has done nothing but reaffirm why I had [the gun],” McIntosh said, adding that he was unaware of the policy and never received a student handbook. “I would’ve probably not have lived there. I would’ve move out … I do not feel safe because it’s the Logan Neighborhood. It’s not a good place.”

Fagan was shocked to hear their actions of thwarting a potential home invasion could negatively impact their education.

“It’s really hard to think that expulsion could even be considered, but at the same time, they keep brining it up,” Fagan said.

Fagan and McIntosh were armed with a lawyer and ready for their trial last Friday. The officer who arrested Taylor came to testify on the students’ behalf.